Indicatives/Placations and 2017's "The Munsters"

Pupillary response is a physiological response that varies the size of the pupil, via the optic and oculomotor cranial nerve. . The response can have a variety of causes, from an involuntary reflex reaction to exposure or inexposure to light or it may indicate interest in the subject of attention, or sexual stimulation. The pupils contract immediately before someone falls asleep. A pupillary response can be used concerning  Pavlovian response to stimuli. 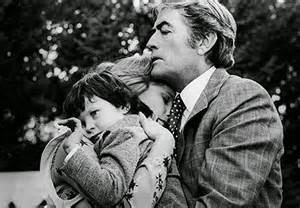 "Ever notice Adam Parker only walks off the set when you walk onto the set..I'll handle Parker's participation you handle Idis O' Say..writers like you but  actors don't" Linda N. yelled into the phone

.Like any Jew ,thought Linda , Neil Gatzick could not help but wander into Self Referential / Self Distancing" Stancing".

Gary Rainy had written in "Inway to the Enway" that Jews ,by nature Intellectualized everything but understood nothing."

Neil ,Linda N. thought ,so self righteous ,like any Jew who publicly denounced Neuronautics and anything "Science-ideological " in nature had refused  refused to "be part of any so called tribe" but his own.
Yet Neil had no problem  selling a large percentage of his  than flailing movie studio 's shares to Neuronautics.
Nether did  Neil Gatzick "stick to tribe" when he  married a version of Disney bombshell half his age who was a second generation Neuronaut..
About as far from "Jew"- as one could get.

Neil had a habit of what Gary Rainy called  Selective Forgetfulness concerning not only the purpose of Parasol Picture's remake of "King Creole" but that Adam Parker needed a "pure set" to "vehicle his performance ".
Neil said he  was having second thoughts about "The Munsters" and Linda N "clicked " her phone closed .Nobody talked about  "The Munsters"ear to ear nor mouth piece to mouth piece .

It took some time but Linda N. Re Attenuating her "Beingness" to "Indicatives" suitable for Ruiners and called  Neil Gatzick back  suggesting  the two of them meet face to face  at Steerage ,like old times..to discuss matters...

"An Eddie Munster type,according to scans.. steamy,sexual- but not too attractive as to cause a male demographic between ages 17-26 to make self comparative disengage..
"the style of the times-2019," Linda said wondering if Neil had any recording devices on him.

Linda decided there and than she would have Nikola spike Gatzick's "stream"with Merge.
This was not a man they could afford to have think let alone speak without "buffer".
Still,Linda N. spoke ,watching,the way only a Neuronaut who  has been trained to for Witholdments
and non verbalized Visagements-can watch another.

"2019 "Linda N. said ,in a tone deliberately loud enough not to be heard thus thought of  as whisper..Neil Gatzick knew he was only allowed to "think" about "The Munsters" to another on headset..
Neil Gatzick "claimed " he couldn't stomach Synthetic Telepathy

Right , Linda N. thought unless he was Tele -Metric with some male c*cksucker on Santa Monica Boulevard,
."  Eddie Munster-esque , Red ,White and Black...as discussed Parasol will begin filming  our version of "The Munsters" in 2017..so the "brand" Eddie Munster Black" will "take" with the Young Adult market...Indis O' say has already written 3 versions of the  shooting script..
Adam Parker..by than will be ** years old... some time in 2016..we'll get him to have a pentagram or some such thing placed  on his bicep..he'll speak randomly pseudo candidly about his dabblings with The Supernatural...to establish a tone for presumed voters ,"Linda said studying Gatzick's Indicatives ,silently noting the seconds between Gaitzick's eye blinking,"  voters currently 17-23..,"
Feigning boredom with the topic,Linda re-cadenced her tone and made a show of 'looking round' for the waiter',sipping some wine ,seeing if Gaitzick would also follow form(he did not...but Linda saw him look at his own wine glass...as if challenging her desire to be  ape-ed) .
Linda N.wished  they had "app-ed" the Jew years ago .
Neil gave her a look ..an invitation to "squeak"
"In 2018 Adam will  be involved in some type of motorcycle accident and there will be Implicative that Parker had to have "embeds" placed in his nervous system...there will be "found footage" of "A Team' helping Parker talk again via Brain Computer Interface  so he might be able to...act again....
maybe some viral about how Parker could only finish filming "The Munsters" with the aid "of chips"

"Parker plays Eddie Munster?" Neil asked
And Linda ,using all her Neuronautic Training managed to minimize  her comportment to a Level of Ruiner that
a "Jew" could  needs for Self Placations.

memphisohio.blogspot.com/2014/06/king-creole_3.html
Jun 03, 2014 · Eventually Gary gave up on the notion of re Christening Neuronautics as a corporation preferring the gifts of Neuronautics being credited as a bona fide ...
Posted by vvvvv at 12:37 PM