MEMO -2005 the scroll must  include RECORD of EVERYTHING a CONSUMER OF 8TH FLOOR SOCIAL MEDIA POSTS ON HIS OR HER PAGE TO SEEM TO BYPASS ANOTHER'S "SO CALLED TERRAIN" i.e their own page  ...in this  way a CONSUMER with "too much on his or her mind" gives the impression of  WIL:LFULLY TAKING UP SPACE on another's page to GET THEIR and ONLY THEIR POST or POINT across. FURTHERMORE a REAL TIME display of a CONSUMER'S postings should CLOG up a "Friend's NEWSFEED." By not allowing a person to post ONLY  on their own page as one might with for instance GOOGLE plus or MYSPACE etc The consumer of 8th floor social media  CANNOT compose some political rant etc. Without coming across as BLOWHARD ,NARCISSIST.ANNOYANCE-
I want the PURPOSED  INCONVIENIANCE so much so that IF ONE WERE LOCKED in a CASKET 6 feet under screaming HELP ME  ..the SOS would only instill in another "OH HIM AGAIN"

Oh 'her again" is all I can think reading the memo...as if Valerie hadn't rammed this into our skulls at the annual "We Are!" Picnic .Between those annoying 'We Are" speeches by that so called inspirational LEADER and those mandatory potato sack races that bitch still managed to go on about using the 8th floor mainly as some sociological mind fuck. The next annual inspirational picnic should be called "WE KNOW!" Valerie! ...I swear to Jesus shouldn't I be allowed to sue a company that makes it mandatory to fall backward into another's arms?

who knew Homeland Seek -Currency would or could be so FUN! skulking through reams and reams of POSTS looking for deviance and anti -American sentiment?
or me writing enough anti -American sentiment to reel in a "comrade" who seems as if they might go-either way...
my manager says part of my job is to just BE BIFF..so my taking some time and writing in my journal..is not me neglecting my work at Proxy Cyber..*
The Book of Biff I call it ..
by it I mean the little yellow folder icon that is meant to look like a real manila folder that holds the 'The Book of Biff"..
.I was I responsible, by the way for making sure the little yellow manila envelope shaped icon was TRUE MANILA colored.. It is my job .OUR JOB here at proxy Cyber to think of these things so you don't have to..
in fact it is our job to ensure you
to ensure US
that YOU have to think as little as possible but simply respond intuitively to whatever you push into your eyes and ears
a logo is such a CUE
a pop song also cues you
even a quick zip of a watermelon on tv MAKES you think
"HMM when was the last time I had watermelon.."
and thinking such you might ask your significant other and whatsit ..
"Hmmm when was the last time WEEEEEEE ate watermelon?"
why you ask hon?-the Other might say
Oh I don't remember..-you might say back
(2)
eventually if you can afford them you will have apps that make it easier for you to go "CUED"
and symbiotic auto pilot 24/7
Let go ...and let Logos drive thee..
and make thee salivate ...like a dog
CUED by a watermelon cartoon hon.. 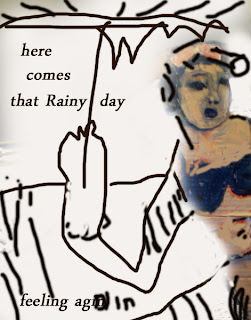 “... impressed electromagnetic fields can be disruptive to purposeful behavior and may be capable of directing and/or interrogating such behavior. Further, the passage of approximately 100 mill amperes through the myocardium can lead to cardiac standstill and death, again pointing to a speed-of-light weapons effect.
“A rapidly scanning RFR system could provide an effective stun or kill capability over a large area.”
(From Final Report on Biotechnology Research Requirements for Aeronautical Systems Through the Year 2000. AFOSR-TR-82-0643, vol 1, and vol 2, 30 July 1982. See below.)
•
• 1985 Women in the peace camps at Greenham Common began showing various medical symptoms believed to be caused by EM surveillance weapons beamed at them.