I become aware ...much too often...that I type some of this in a way that I guess Neuronautics would consider Self Deflecting  and that my Emanations of dis -satisfactions etc...not only come ..or latch upon another via....emoting....face to face but through what another reads...one reason I was "told" to stop painting was because the "work" contained and according to my Mentors seemed to celebrate ..degeneration of one's soul and spirit...
I am typing at a hotel...
I am not used to being away from"home" and miss the "safety: that I felt living in the little back room... even though this is a much nicer room...

at the bar.the night I was "kicked out" cause of the letter/
I asked The Eminations for a place to sleep...
I graphed purposely to EVAN ,"Thanks so much for that letter" my thinking is sarcastic...I mean it to be.
Evan appears is his favorite "style" The Great Gazoo,which I try not to look like I am looking at..
Evan's tele-presence is not just to engage me  but help me pull away from Self Referential Thought
and Evan's smiling -ness is sent,is imbued upon my own signals ...my own synapses...how do I know this ...because quite suddenly my mood lifts...
and like BAM the bartender comes over all smiling -ness and takes my order for a beer.
Evan appears again ...as Occipital overlay
and reminds me "I am not in my room"
and "he" will fold his presense into the scenery .....like in one of those coloring books that has all these things hid amongst the oak tree leaves  and oak tree truck and all that
he calls it Negative Space....there's always some "note" of something....of a face or body or symbol
in any negative space....
Evan reminds me not TO LOOK or to "APPEAR to BE seeing" nor HEARING what the "apps" and my tether to Proxy Cy allows.cuase in a way it is "bragging" about stuff...showing off
but moreso cuz' it makes me "look" like I am hallucinating....and thus Evan says "might not get served"
Duh I graph...but try reformatting MY eMINATIONS TO SOME aTTENTUATION NOT SO CRUDE OR BABYISH..like Evan and I have practiced and practiced.
Evan Imparts "drink like a gentleman tonight .not like a Childman who just turned 21
I start getting all Think
all fuck you Evan ,Evan has now "folded" into the scenery as a small polar bar in a Negative space between two bottles of Spiced Rum...
still
I feel alone....and to help me 'snap out of Bad Emit Evan tele-grants me first an olfactory "smell of cocaine"
and next the brain signal synth of cocaine...
and suddenly I am as happy as I have been since the roommate stuff...
"now about that place to sleep< Evan graphs,not in tandem with the polar bear imbue...,"that man over there -"
a little blue dot of shine focuses my eyes to
"that man over there in green shirt''

who Evan graphs,'is oNE of OURS  and wants some company.Watch ,"Evan graphs ,"He will come over to you .." 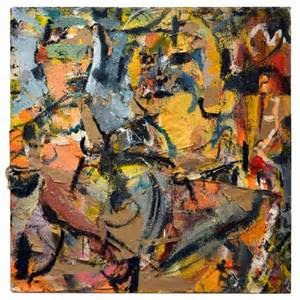