Charles comes over.
and XXXX is a real DICK to him...saying...
"so you're the New Babysitter for Dumbo huh...well good luck with that one..'

this time I at least know Charles...Is there to "be" some character...
some love interest.

didn't know it was
that from day one

many many ...kids born just to be put through some maze

"i'm sure I'll do better with him than you  could," Charles says,'yeah I saw he came back from the hotel with his face bashed in,you're a real lover.Lover"

'oh ..uh OK," Charles says...
------------------------------------------------------------------
i'm here I feel like saying.but this isn't true...I am not here...I am nowhere
I have been taken....I walk around ...I don't seem to be in any cage...
my hands are not bound...but I am held hostage
my mind.my sense my  body
memories. Which might boost a captive ...an inmate ..one who's even been taken to be physically tortured.
are not good to have.
because more and more I see each day
as it was
since I was small.
each foster parent ..each word out of their mouths
manufactured
a maze .a game. a project.from the day I was born
so my memories...you can keep them..
Charles was raised the same way
in many ways worse.
XXXX might have been
he's too stoned to know...he knows something is not right...
all kids born into this project know..
and little by little they are told..
the apps/
the brain entrainment...gets worse.
it's diabolical..
you runs out of ways of pretending ..it's
anything than it is..
we are not human to them..
just studies..
and we're all getting older...weaker...more confused...more ambivalent worst of all
and we all type about it
they just want us to shut up...but they won't let us go..
we'll never be quiet about it...
we can't take knowing they'll do it to other kids..
they kill us off.
we kill ourselves off.
I know I don't have much more time
and that keeps me sane

"nobody does," I say and we go up stairs

and I explain. I met him on the street...he was cute...and we hooked up...and next thing I know I moved in with him ...and been here in this house with him on and off ...since than"I explain. Charles knew I used to move around..before what happened in LA.again.Sometimes I think he knows a lot more..He was raised like me.
a second generation Neuronaut...
so whether They set me up with hjim or not....we kinda get along...because we're both 2nd generation..
we sorta look down on XXXX whose just a Level 3...
Cause he's always  on speed...or owe-ing this one or that one money he can't really afford his classes.
He wears his uniform though all the time
..though he's never supposed to be "seen' speeding or high or drunk"while wearing the uniform..
although I don't practice Neuronautics like I should...
I have more respect for the ethics of the group than he does..
and he calls me a Ruiner...
Apps or no Apps if I wanted to...just with the magenite in his fucked up little mind I could
make him
with sheer mind power alone ...screw BCI go out in the road and balk like a chicken.
Lately I fuckin' hate XXXX
as Evan is telling me
that XXXX is manipulating the Enway of the whole house...
and he can sense XXXX's bad Eminations via the interface...

But I graph...that I think Evan just wants me to think nasty shit about XXXX
that Biff shit...really made me turn against "my team" 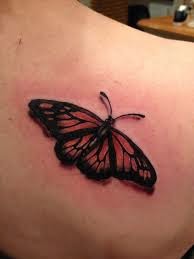 Charles is 'apped" as well..
I sometimes see him trying not tolook at the stuff they "make"him see and hear..
I know when they're doing threshold tests on him...
and when he's being "punished" for bad eminations..
they pump up his HGH hormone to make his face swollen 2 times it's size..

the things they did to us ..our brains. Are sick
but sicker still the things they did to parts of our nervous systems
to give us Dystonia...rigidity..
the games they had with our hormones..
our GHG hormones..
making us swell...making us ugly.
making us scream sometimes in pain...
encephalitis..
.....pressure on our actual skulls.
stuff to our regulatory systems making us sense we were freezing in the summer and burning in the winter
stuff to our endocrine systems...
stuff to our skin...rashes...more swelling ..
and than back to normal.
they had to see....if direct energy could do all by itself what tests done in war camps could
yes.
yes and more.

January 23 2015
"I am not supposed to look back
at what I have written
BUT SOMETHING IS WRONG.
there is a reason this is getting worse...

I go back
now because there seems no forward...
I saw what they did to Charles

I saw him swell up in front of my eyes
I saw him holding his head in pain in that hotel room biting on a towel I brought him.....
there was no point in going to a hospital
only another's whose been hit with Directed Energy knows the pain.....directed ,aimed pain

Charles said it felt like his scalp was on fire..

I just held him
I knew his Tether knew I was there.
I know they can't feel his pain ...but only give it..

"..I think they app-ed him..or maybe he's remembring,"I say
He say he's hearing or seeing anything," Charles asks..
"If he is I'd be the last person he told"I say,"besides he'll just explain it away as Meth.."I tell Charles

"By the way where' dyou meet him" Charles saiys.In an odd way

and the words ,'I met him at the candy store..he turned around and smile at me .You get the picture?
I say..

and seeing ,knowing what Charles will say next .I quickly put me hand over his mouth 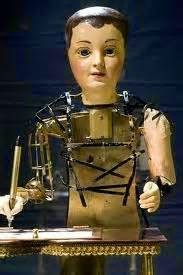 'just you ," he says kissing me hard.

I can't just switch gears that easy-
gently I  push him away...he knows why...
I lay with him though and put his head on my chest and just to ward off "our wards" making us go Mechanistic again...
I tell Charles the  story of me and XXXX.....

It was me who had brought XXXX into Neuronautics..at first he thought it was weird that I was raised on Neuronautics...
and that both my parents were in the "movement"
and asked one day if he should take some classes..
I told him where the local annex was...and said ,as he knew,I was no longer in Neuronautics...but I thought it might help him with some of his "issues"
"what issues he asked ...I don't have any issues!" he yelled punching the wall
"I was doing this FOR you IDIOT....to see why you are how you are..."He said
"so we might have something in common...fuck it let's just get high" he said
and that was the end of me and XXXX.
and all because of these damn TVs...if you ask me..
but I learned real quick
..or real slow...that XXXX only came into my life...
as a Tv character might "come into a show" to
change the course of the show.."
Posted by vvvvv at 4:00 PM