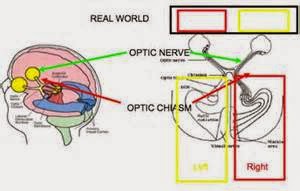 it's difficult sitting in the Rite Aid waiting 15 minutes ...which was actually 23 minutes or more
for my Seroquel to be filled.Hard sitting still because ...my body is so tight..the muscles all dense...frozen...I cannt really walk like I used to ....my gait is off...and I have to carry a paper towels.. cause the tightness of my mouth ..according to the dr...the swelling from the Seroquel causes pressure on my 3rd and 5th facial nerve and some pressure on some nerve or other near my salivary gland....so according to the doc...'yes there will be some mastication problems..until I adjust to the increased dose of the neuroleptics...
my foot jumps...I constantly fidget
I am swollen up...not just pasty looking but white...
the woman sitting across from me moves away ...and begins looking tentively at the display of ammino acids for body builders...
the meds make one look noticeably insane...
"old fashioned" insane like in those MGM movies from the 1940's and 50's..
theu also make one on them look just plain fugly as hell...and there's a sick part of me that get's off on just how very odd I look since being treated with the meds..
a part of me that likes ..just my appearance and drooling at the mouth MAKE this bitch wating for her meds have to pretend (a courtesy to me).concerning "no offense? but I just can't sit across from someone who looks so...so...so..)
when the pharcsit calls her name
the bitch acts as if she's won the fuckin' lottery...
3 minutes later or so I am called to pharmacy counter.
to pick up my meds.
since my gait is off...stooped etc
I hail a cab
and decide to look up  Artis Rukameda
online but find nothing.....so I go to the Seroquel web site ...and find the right term-
and take a Seroquel
and call the dr. asking about
the movement disorder.
The dr. says....TD tardive Dykinesia is a myth and only occurs in maybe 0.0001 clients....I mean patients
and besides the doc says,"it might be in your best interest if I got Tardive Dyskenisa ..because he'd been informed I had written about similar side effects
concerning the limbic system being caused by neural prosthetics....and that he can't speak right now cause he has another client."
Posted by vvvvv at 9:44 AM