picture yourself on a boat on a river

"Much hullabaloo concerning human experimentation has hampered studies done to observe the bonds between child and his or her parents. Luckily the religion that is Neuronautics' very premise is rooted in the belief   that a child of "The Evolution "does not need parents....that in fact to standardize the human mind toward the inevitability of Artificial Reality and the very real possibility of human computer interaction- a generation being raised on inconsistent variables  of traditional parenting will give us no means of standardizing our thought process toward Advanced Intelligence or what we call A.I.  -Gary Rainy ,1970 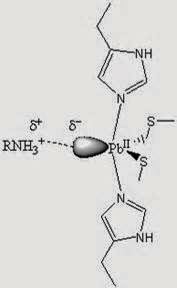 Gary Rainy was convinced that Ruiners of the world were bastardizing his methods and means of gifting upon the world his experience with The Emanations and that many "ruiners" took classes not to learn but to take his ideas , Gary Rainy claims it was he and not John Lilly who had  mapped the brain's pleasure and pain systems by direct electrical stimulation of its core regions with "tech". I was Brain Mapping before anyone "knew what brain map meant"Gary Rainy claimed," and that it was he  who introduced  the world's first isolation tank to "speed up processing " and also FORCE a child's mind to "REACH" beyond the limitations our "Motherment" fosters upon it's citizenry .Many who leave Neuronautics become not only liabilities to Neuronautic's mission but also libelous of our many resources...for instance   what RUINER's referred to as The Chain Locker..or Emit Enclosure was ,created "not to punish a client or member of "the org"but to undue the "Chains of Preset "Thought Style "that inhibits New Input "....People pay thousands of dollars to reset their buttons in Isolation tanks ...,Rainy wrote,"But somehow our Interventions become Punitive Intention once a member has left the fold...Why do so many leave the fold..? Because many refuse to open their billfold to pay for services received ."

Rainy also claims that  that it was he  who created Psychotronic Imbue technology by basically creating a version of "The See Meter" that did not only record a  clients 'electromagnetic field  (emanations) but reformatted their Emanations  with an inverse of "The See Meter that introduced Mind Augment Methods using his own invention based in part on a reverse version of "See Meter", a modified cattle prod to incite new neural pathways in one's Beingship.
According to Rainy the Chain Locker reimagined as Emit Envelope was only used to deprive clients from Pile On Emanations that latch onto "souls" at birth and through a clients Co-mingle-a-zations with Ruiner Regressives amongst us whose main reason for existing in human form is to Bring Down Evolvers
And far from "Safety in Umbers" being produced to entice Ruiners to join Neuronautics through trickery"with Symbol Association, that it was Ruiners who doctored Parasol Pictures 's Tv Movie "Safety In Umber"to "test imprinting" association based Referentialism .

on televised imagery...
and using only television to provide input to a child's" brain map"
The Story focuses on a future society....where
people may purport themselves in 3-d
in the story to provide assimilation of association and bond
only ONE SET of MOTHER and FATHER
in one STYLE of "Beingness"(based upon Neuronautic's philosophy that "mindfulness" must be standardized and created in such a way
that a Being can only think Outwardly toward True Entities
who cannot or wish not to "commune" with a Mind not groomed to "speak" to
an A.I. or All Intelligence -life form
presumably the made for TV film ,the first and only one produced as an addendum to
founder Gary Rainy's "Inway to the Enways"
was purposely Imbued with Reactive Symbolism
that 2nd generation Neuronauts had been raised on

Neuonautics insists that a child of the Movement be raised
by the Group
who "act" not as parents but as Guides
or Representations of "Mother " and Father"
the Tv Film according to what Gary called  a small"factions of Ruiners"claimed that
the film was shot not only to explain the logic of Stylized Parenting but also was riddled with
Brain Signal based discordant and coordinate "attenuation based "Mesmer based film techniques
to evoke p300 response
via fluctuations of the films hue  (umber)  sound and speed...and that a flicker effect( based upon on the average "beats per second) of eye blinking was one of many quotient based means influence

as the film focused on "the future" the theme of "The Children of the Reign"
interacting solely with
a  Tele -Presence based on Gary Rainy's visage and verbiage..
the actual theme of the TV movie was not in question

Gary Rainy claimed his ideas about Crafting Children by Neuro Lingustics and Trauma Induced Ritual was stolen and bastardized into some untoward by many writers in the TV Industry who twisted his methods of  "Meta Programming one's Mind" toward Higher Plains to the most base kind of sway  and that the "Safety in Umbers" brouhaha  was but  a ploy to divert the public's attention away and not toward Tv being used "as an  early means of implied  interface" via Hollywood's monopoly on Myth and therefore the associations certain myths symbolize collectively.

In this case, there was ample evidence upon which the jury could properly base their finding of aggravated damages. There is ample evidence of the malicious intention of  a variety of film studios to "neutralize" Parasol Pictures(than called Alliance Studio) and Neuronautics and  evidence that  "Safety in Umbers" final cut was insinuated with Referentialism without either Valerie Prentis or Gary Rainy's knowledge. This  closed evidentiary hearing  was organized in such a manner as to ensure the no further dissemination of the libel nor philosophies that undermine a ciczen's right to think for his her own's self".


(2)
preemptive to first introduce associations through artificial device.especially because Rainy Children future champions of modern thought were primarily to think in terms of symbols in a more binary capacity.
which would make these Rainy children "state of the art" *concerning their interactions with foreseen technological "


the child's interactions with these gentle vibrations were enough to move
the Rainy Children into a pre school environment.all but a few
high functioning enough to sit thru class
the addition of an "imaginary friend"would be added during the child's 4th year,

synthesized beginnings Rainy explained also made the initiation of LORE almost seamless.LORE was just one of the reasons for this technological "hands off" approach to early rearing.LORE involved quickening the child's link to televised indicators that would reinforce their kinship with the rainy clan.specific words and entire story lines,features,and programs that would not be introduced into the mainstream for 20 or 30 years were assimilated into the already fragmented collective minds of the Clan.A head start ,a heads up to the New Way.besides the smiles of the 3d clouds and comfort of the omni present sound devices.key pieces of pop Culture Cues .LORE relied extensively on Rainy keeping his and his followers feet always in the mainstream .always a rainy follower "in the loop" both in Washington dc and moreso Hollywood USA .for it was of key importance that the Symbiotic Cues were presented by key players in the industry (in code,non coded,in plain .sight or otherwise)in tandem with the SYNTHESIZED BEGINNINGS program.the indicator/cue could sometimes be as simply as an art director placing a light green bed spread in a Key spot on a sight specific TV program.sometimes it was just a film's title.sometimes an entire storyline or sometimes a phrase(know what i mean jellybean?)that would instigate a significant cerebral response in children raised Rainy that cemented their faith in the New Way,much like a visual of a mother making cookies could bring a rush emotion to a non rainy child.a Green Kite introduced 5 seconds after a thunder clap could bring a rainy child to momentary joy.

{Rainy wrote several short stories for Rainy Day Magazine ,an adventure sci fi magazine for boys)based on his access to "secret technologies"he implied that certain technological advancements were kept under wraps and released in small measure to the world at large especially the televised image,primarily how TV was primarily developed as a weapon not entertainment.he says that it was about this time that he came under fire from "the powers that be"and for a time moved to Mexico privately said he thought "the powers that be" we envious that he and his clan had "beaten them to the punch by quite literally hard wiring humans to respond in synch with codified television and the creation of Key Popular Culture events in advance to trigger all sorts of economic and societal shifts"
is there any other way?"he bragged always with a phone in his hand to the script writers at the fledgling Alliance Pictures .
the child's interactions with these gentle vibrations were enough to move
the Rainy Children into a pre school environment.all but a few high functioning enough to sit thru class
in his notes he concluded that by 2007 the technological advancements would be such
the addition of an "imaginary friend"would be added during the child's 4th year
a composite of Gary Rainy himself. as troubadour,playmate and confessor


A method having applicability in replication of desired consciousness states; in the training of an individual to replicate such a state of consciousness without further audio stimulation; and in the transferring of such states from one human being to another through the imposition of one individual's EEG, superimposed on desired stereo signals, on another individual, by inducement of a binaural beat phenomenon.