the effect of gamma rays on man outta time unresolvables 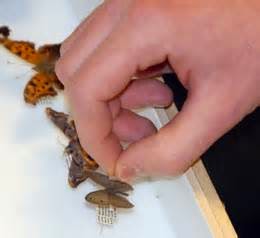 "... do not fuck too much with men who are authorized to wield directed energy
upon thee..."
I try not to think...
when Tru Christie is in one's visual and auditory cortex one best
attempt to "format" one's thinking into some equivalent of "yes sir .no sir"
Directed Energy.  Dumbo."Tru graphs like a teacher who does not want anyone ..putting up their hands" ..is  electromagnetic radiated energy
it's what allows the Powers That Seize to take over that weasel-ie little mind of yours...
"Directed Energy dear Dumbo is
the invisible waves and frequencies and oscillations that make the world spin
and enabled us to light up your dim little mind
Energy is force.
Force is what makes someone wind up their arm to sock another in one's jaw
Frequency  allows one to pin point the source of  energy
of a Dumbo's  neurons going bink bink  bink
Force and Energy pent up and otherwise
is what makes one "say the hell with it" I 'm gonna' punch that guy in the jaw., regardless of the consequences
These invisible waves have always been in the air
but only since the early 20th century have many of them manipulated..
Is this a good thing or a bad thing? well Dumbo I don't know...
I reckon a lot of that has to do with
what one Emanates?and what these Emanations provoke...From the Unseen Powers that Seize
so what we got goin' on is all kinda Emanations coming this way coming that way zoom,zoom ,zoom.....what's nice about these waves bro...is they can be directed...and directed real,real FAST AND FURIOUS..or real.real gentle and soothing
guess that depends on whatever emanations our subject Emanates.
if our subject our Mentee is  sending us Mutinous hateful waves out and about
well we gotta serve the same thing back at him...why
cause that's how  the Cybernetic process works...
Cybernetics is also an  exploratory approach to understanding how systems operate...including how a Direct neural Interface or a Brain Computer Interface MIGHT work
if such an effort was undertaken

a concept 60 years or more in the making..
so many little Dumbos born only to part of this .Modern Marvel which Dumbo only sees in his mind's eye
and visual cortex as an abomination
and yet!

I have not given up on you dear Dumbo!
, in spite of your being the most obnoxious ,cold hearted man I have ever had the displeasure of jerking with

all  trying to simply understand for instance "why i
.. is this man ,who is always ""in link"
...always entertained, entranced ...and even enhanced
so caustic and hell bent on ruining exploratory practices ,not quite legal....for everyone..

why does he take it so personally?
this man who rarely ACTS nor THINKS like a person at all! But a parasite!
Proxy Cybernetics and" Neuronautics" practice our methodologies  on a wide sample  of peoples who also
take much of our  day to day operations as intrusion
upon their oh soooo  precious "inner life"..
.as torture?
oh really?
.....perhaps a bit of threshold testing
yes.
but torture? .....I wish I could do what you what I want   and boy would KNOW Psychotronic Torture..
pardon me all over the place if...this type of" off the grid" discrete  testing needs to push you a little ...
why should  the  applications of visual ,auditory ,haptic and emotional exchange and assuagement certainly  be only  experienced by the "tin hat " set
and not experienced by the men who wear crowns!"

(2)
I clean myself up...
and feel a hit of ketamine by signal...by source
and Tru graphs me a visual of him smoking a cigar...
he is more relaxed.I am less afraid...I like him "in me" sometimes MORE than Evan Rainy...

..." mainly we do this brain link shit  in order to glean a notion of how man relates not just with others but with machines ...and yes that certainly includes television ..not to destroy the world....but perhaps to better understand ....how a wide demographic perceives "it" (the world) and their place "in this world. Would I like to use some of this equipment to categorize and perhaps expedite "a certain KIND  out " based upon findings  of this world".?..if anyone has ever truly made me  have a hint of Eugenics in my heart and Soul it is YOU Dumbo..will this come to pass...all good thing s right and True inevitably do...If it makes you feel any better...however most of our work is about understanding  the constraints, structure and self regulation MOST normal people by some kind of osmosis "pick up" upon and actually begin to cherish in themselves and thusly can learn how to respect and perhaps even cherish in other people. . Cybernetics is applicable when a system and what else is a human being but a system when that system  has been  for whatever reason been brought to task..
..and answer for some of his deeds..
.to me you were always a quick study...Dumbo....which might have somethin' to do with the fact I purposed nearly every event in your ratcage childhood
to give me some  sort of outcome I  predicated
but I did not predict this
sense that an interface would make you so aggressively
prudish about sharing your "inner thoughts"
like some tight assed bitch who has to change into her bed clothes in the fuckin' bathroom

seriously Dumbo...what 's the problem?
what's the big secret your hiding? huh ...man you can't even purpose a thought
let alone hide one
I expected it to be
the other way around...
eventually you'll get you some type of buffer.

He senses Me perking up
and quickly graphs,"I'm kidding,I;m kidding..."
eventually for consumers...they'll be buffer
know why...cause consumers will have headsets .they can take off.
criminal types like you
no way...

"But you made me a criminal" I graph

"of course I did Dumbo.."he graphs back

and I am graphed a "are you finished" vibe..
contain yourself ....we were getting along -vibe-

but all I "hear' coming out of my head is "can I have some more ...ketamine signal"

No Dumbo you're on my signal
simpatico...I'm trying to explain a few things to ya' man to man...or as you say "Mandler to Man"

I always liked that "Mandler" thing-he graphs,it displayed a certain amout of sportsmanship..
of gamesmanship...
of you TRYING...

but sometimes this ruminating....
about some lost childhood..
....the way you were raised ...well it was  mostly about clapboarding  key data
induced trauma....  cause/effect shit...nothing personal...all science
that could only be insinuated upon you with
some stagecraft
...so cool it with the comeuppance toward us concerning certain ritualized aspects of  your peculiar upbringing
as they say... if you don't bend a wing  it won't fly
...we did it to a cross section of young mutts..
it was what it was..
besides.it is not so unusual for people to have children to "tend the farm' as they say....and now that we're trying to undo some of the triggers...you chose to ruminate on some  "real boy" shit
and it's infuriating and disrespectful

this..."real Life"...I coulda been a contender shit..
.when- my friend .
..you have never been exposed to" real life"
....we made damn sure of that....you my friend have no comparisons you can possible MAKE...
it's childish to be quite frank

now what does all this talkin' I did about waves and directed energy got to do with...cybernetics...
well it might surprise you
that word on high
is
no chips whatsoever are now necessary
to read another's mind ...nor place any signal in another's mind
that's how good
or bad depending I suppose on what side of "the line" one is on
we are now at signal systems..we have some mighty strong electromagnetic currency
spread around concerning this "mind fuck" kiddo
and the last thing any wants to hear from you
Tru Imparts while sending me a High Tone first rate Ketamine Cadence
is this "oh G-d..ooooh no shit"
consider for a moment
how  wonderfully designed for such systems The Lord above has made the human mind...as if
in advance
basically Dumbo every living breathing organism  has a type of "chip" built right into it's very organic chemistry.
Magnetite it's called...some element or some such shit in the brain

but we want to sell chips Dumbo....
and that's what you're gonna help us do...
cause if people don't get chips..
well....the
electromagnetic field and the information and Tele-Presence "in the field : that can be sent by "Teams"
might not be - quite
the sights and sounds and sensory perceptions  one particularly WANTS to receive...
but
if one PAYS a small fee
and therefore  LEARNS how to Emanate in the manner Gary Rainy and Neuronautics
have taught us .and that we have taught you...or tried to
---there will be no more BAD DREAMS or BAD DAYS

so we're doing a coupla' things here at once kid.
and pickin' off idiots ..
that talk about being Human Guinea Pigs might just be
a pretty damn COOL way of showing the youngins
the real effect of gamma rays on man outta' time  unresolvables
Posted by vvvvv at 5:37 PM