I don't know what to think seeing Pretty Boy Tiger Shirt in Lou's room
except that Charlie /Chuck/Chip hates me...
for not going ixnay on the langebay
I don't have much time to think .
Lou  pushes me  toward the wall...into the wall...and runs around me and holds my hands together
so Chuck can punch me in the jaw
and than kick me around when I am on the floor...

Unlike in  the movies you can't really get up... not too fast and start punching back once you've been punched in the gut...
while I am down there...on the floor
I see Lou go to his luggage and take out a headset...which he places on his skull

"wait for him to catch his breath  Chuck and than do it again"Lou says,like he's some director on a movie set

and he is ..in a way...once he has the headset on
'Can you get up Damian..? so we can get this over with?"Lou says nicely to me,actually putting out his hand.

I get up and once again feel my arms pulled behind my back ....Lou peeks around so I can see he's wearing a headset
so it is implied  that HIS set is connected  Chuck's  Merge..Chuck's brain signals

Chuck stands in front of me but doesn't look in my eyes..

and once again Chuck punches me  in the jaw and I fall to the floor..

I assume my Mandlers turned off my pain signals on their end...
but I am sure they "got em' on tape"
just like I am sure that Chuck's punch didn't only go to Lou's headset but to some modem somewhere so
any subscriber could FEEL the Vicarious of "going punchy"

I see Lou throw the headset into a carry bag and hear him tell Chuck to take the modem and the headset down to the lobby where someone is waiting...
like some lackey I see Chuck do as he's told
and I feel the punch all over again
"Pretty Boy Tiger shirt isn't a lackey ..he's your fuckin' boyfriend idiot" Evan graphs
and I will keep doing replay
until you get that through your head...

Lou snaps his fingers in front of my eyes and says to Chuck
that he has some business to discuss.with Damian Dumbo privately.. 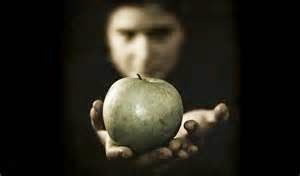 'maybe now that we got that out of the way you two might be on level ground.again...."
speaking of levels game boy
I have been told we need to
demographic some of this down a bit

He opens his phone and shows me MY number which I never gave him but the name atop the number of where I live/lived is **** his phone and I guess  **** picks up the phone...****,one of my roommates...the one I used to date..
"all Quiet on the Test Turn Punt Dumbo...everyone wants you back....guess we over reacted..."**** says
Lou takes the phone and says Dumbo slipped 'on some mice
and had a great fall---
and Dumbo would stay with his boyfriend for a while
at the **** hotel
yes ..isn't that good news? Damien and Chip are working it out..."


Lou closes the phone  and gives me a couple of hundred bucks and says,
"Chuck is a real person...Damian
as you can tell now that he practically broke your jaw bone..."
along with the money he puts on the bed he takes out an  envelope which he hands to me-the envelope has  has no name on it and I  expect there to be nothing written on the paper inside
but there is
"LEARNING ANNEX DETECTIVE"
it reads

Lou knocks on my head twice..as if
for good luck
Posted by vvvvv at 9:48 AM