we'd like to know a bit about U 4 our files

it's peculiar Dumbo...
unexpected...
you writing about you possibly being found treasonous ...and in breach
writing that you were ..taken...kidnapped essentially and your nervous system ...riddled purposely with Biological NPS for  an interface via these components .that were placed in you
to "Make you" write ...what Dumbo...?
explain to me?
because to be honest I am lost ..I am lost that a person...a person we have spent years upon
would write that he is treasonous ...and in breach with the united states government who had /has the right to test Advanced Technologies
on humans ...for homeland security purposes..
and furthermore ..tells people that whoever did this to him..
and helps him write..
is only doing this...having him write a certain way about certain things...with the  brain computer interface
so they may see and note who "follows" his anti -American rants....and unwholesome meanderings
after all this time..
all this work..?"Evan graphs

"it was the Monarch Programming stuff that was the final straw." I graph back

"but you knew about the Monarch programming.....and you knew you weren't supposed to ever use the term Scientology...just "Neuronautics"," Evan graphs.

"You told me,you graphed me that the main thing I wasn't supposed to write about was TV being used to CUE people who unknowing are 'apped" with only a one-way interface concerning brain transcribe...that entered their nervous systems ...through just the air they breathed...so I got confused..as to what I 'm not supposed to write about...sorry"I graph back..

"we had some kind of Gentleman's Agreement here I thought...now nobody is going to read your blog.'Evan says.

"well,that's good ...that way nobody can misconstrue their reasons for reading something as anti American for reading it right?"I graph.

"NO DUMBO! that is NOT RIGHT!...that is ALL WRONG!...that was the fucking point ! you fucking IDIOT!  I wasted years of my life helping you come off as some menace,some degenerate "artist/writer' and in ONE fucking DAY you decided to RUIN the whole thing."

"what makes you think I'd want to be some trap...? or write a story (a semi fictitious) about being made a Human guinea pig? to lure other's .....to perhaps becoming the same thing" 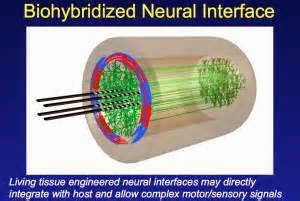 "what does someone reading some half baked story have to with homeland security? If some reads 'Silence of the Lambs ...does that mean they want to be Hannibal Lechter?'or when those 'app-ed" unknowingly read say-silence of the lambs
will you track their signals to see if their post neural firings ...indicate they related MORE to Lechter or Starling?'

"yes Dumbo...when the computers get fast enough...it will be line for line... gaging of evoked reaction...as it will be with how a person perceives  television..so we can Brain Map just how long a "tagged" demographic with Merge Bio focuses their empathy to a killer or the one running from a killer.."Evan graphs

"so I guess now I must warn people not to watch TV,,because Tv is now being used as some type of tractor of evoked emotion neural spikes.."I graph

"NO,NO NO  that is not what you're going to do!:Evan graphs sending me an ear splitting tone...that makes me hold my head...

"so what am I supposed to do..?you said you don't like me going out too much because I drink and that fucks up your readings...and also all the ambient sound throws off continuity..."I graph

"you have a job tonight to do...an easy job...I need you to befriend 2 people od both You tube and Facebook  who recut a 1993 TV Movie called "Wild Palms" in such a way that re-contextualizes the
the made for Tv movie.."

"who cares? if someone remixed a movie,"I graph

"well dumbo obviously WE do ...and WE would like to know why...and you will befriend them online and ask them -what they were trying imply?what motives they had behind their taking the time to do this?

"yes.yes you will," Evan graphs.

"ok maybe we'll just visit their homes and do our own brand of "asking"..is that you you want? is that what you wan ton your head?....or might it just be a less violent ,less scary "hello.My name is...I just watched your remixing of "Wild Palms" and rather liked that you mixed it in a manner that makes the action in the made for tv movie more cohesive..
nd maybe when you watch the made for tx film yourself  SO you can properly discuss with "your new internet pal aspects of the film..
you might observe two pivotal  scenes...
a.that Chcikie Levit's back was broken on purpose so he could remain in a room FOREVER focusing ONLY on 'graphing"....as perhaps THIS was the ONLY way Chickie Levit could"get with the program"helping his "team" work on Virtual Reality...without any interference froma world outside his mind....his wheelchair....his broken back.
b.that another story focuses on a artist some "group" HELPED maintain a level of success.The artist is very ungrateful...to his sponsors...and subsequently has his eyes poked out ...literally..

your job tonight is to start a dialog with the two people who remixed 'Wild Palms" for their own reasons .And we just want to know why they did this...

"it might not," Evan graphs..
"that's why we want you to strike up a friendship/dialogue with them.."

"what are their names?" I graph.