"YOU'VE GOT MAIL"-Evan graphs
before I hear a doorbell ring
the letter has no name on it or any stamp
I look around to see who rang the bell-
no one.and  I pick up the envelope.
inside there is just a piece of old fashioned typing paper.with no words on it
I throw the envelope away...and the blank piece of paper and  come back to the computer and get to "hear"
the letter's content. 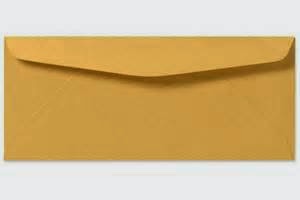 “He fiercely maintains everything that he writes is the "way it is". He becomes indignant and clearly offended if anyone insinuates he was at least partially aware that  there would be difficult testing regarding the Telemetry with the sensors . He claims his "imbue" with biosensing neural prosthetics was non consensual that "he was "unaware of what he was signing up for"( he agreed to be participant in the program to avoid serving a 20 month  court ordered sentence).At every turn he attempts to slander the program . Although discouraged to not openly discuss what ****infers are" inhumane traits concerning  brain-computer systems involving infringement of his" basic human rights"  and therefore constitutes a threat to the program. Because **** indicates he is unsatisfied with the program to this extreme ****ought to be considered dangerous as his doubts concerning this type of  technology have grown delusional and thus  I suggest **** be hospitalized so we may obtain insight into his aggression ”

Evan graphs that 'the letter is written" but not yet mailed to people a wee bit further up the chain than him.
Guess it's up to you Dumbo if the letter gets sent ..