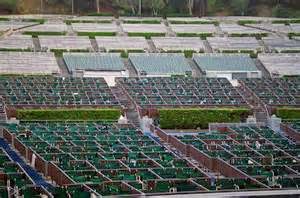 In the dream I am with Charles
we are both wearing our blue shirts and black ties..
and mandatory slate colored shoes..
we are walking to the Hollywood Bowl which has been rented
for the actor, Adam Parker
to address the crowd
the crowd is made up of Neuronauts....believers in Gary Rainy and the Emanations
and in how Neuronaitic's and only Neuronautics KNOW how to use Merge
to help a member of "the group'
reattentuate themselves to be more  useful to the

next in the dream Charles and I and some other people dressed as we are
are at a house in Malibu
all the women at he party are dressed in the uniform dress code required by Neuronautics
blue shirt ....a black tie ,a blue skirt..
in a way we all look like we just came from catholic school

"I'd like you to meet our own version of Smedley Butler,but this time we know he'll turn in advance..we got this time OUR every base covered'
Charles says,looking not at me but as if through me...he knows I have no idea what he's talking about ...he say's that's what he likes about me  that I'm such dummy" he kisses me hard on the mouth,"our own crooked little man...our own Woodward Bernstein ...our own Jew Jimmy Olsen"

"you don't look Jewish a blonde hair "girl' says dressed like everyone is in blue and black
as if I am supposed to take that as a compliment.
Charles kisses me again...
and put his arm around me and asks what I thought of  the Adam Parker's speech
"I say"the speech" Parker gives in the  remake of"King Creole" is only a movie"
and Charles says ,'and THIS is only a dream Dummy,lighten up"

"hey Butler!." a frat boy type yells,"can you get me a think?"
I reach into my pocket and hand him a small via of Merge
"so once I swallow this I'll be a puppet like you- hearing voices and seeing thing for the rest of my life?  hey Charles," is this guy even human...?the frat boy says smashing the vial across the room.
watching the vial explode I am aware that now the nano bio will soon start evaporating....and going into the air...
into everyone in the house..
I start to tell everyone to Clear out
but Charles sticks his finger to my mouth and than grabs me by the back of my neck to take me outside.

"sorry what that girl said about you looking Jewish.'Charles says
"she said I didn't look jewish," I say
"so you admit that you took her statement as a compliment?"he says
"no not at all,that's not what I said "I tell me,confused
"doesn't matter what you said it's what you thought...here he says"showing me his cell phone which has  a bunch of wavey lines on it like an EEG..
I look at his phone ..and wonder why EVAN, didn't send him a transcription of my thoughts...as natural language...
I think to Evan in the dream as I think to him in real life ,'thanks for keeping the my thoughts" between us..in the dream I don't trust Charles,especially not concerning a transcript of my inner monologue.dream or no dream.

I want to go back inside and tell every one that the Merge in the vile that the asshole frat "boy" type threw is going to get inside everyone at the party's bloodstream...that the bionano is so tiny it can get in them from their lungs or pores
"That's the point," Evan interfaces.
and Charles seeing me ,I guess with "that look" on my face that I am hearing or seeing thing...snaps his fingers in from of my eyes and says
"we don't do that."


As if reading my thought Charles says"..most of them IN there...they aren't 2nd generation Neuronauts..
most were raised
by Ruiners & just joined Neuronautics to piss off their parents-if you ask me
they need the Merge,perhaps even more than you do...certainly more than I do(I know he resents being "app-ed" to "keep an ear and eye on me"
we were raised to ONLY to be and to function for and toward "the cause"them..in there...'not so much'
.
Ruiners and detractors outside of the organization
only know how to mock and therefore misrepresent  something they cannot possibly understand
that's why we need you...to do it first..in a way we can manage...
we need someone who is one of us...to...."

I see he has this look on his face...that now it is HE hearing or seeing ,whatever his Mentor has said or shown him... has obviously graphed him to stop talking..
He turns to me
beginning what he says  in midsentence...like he hadn't stopped speaking before ,I try to ignore it,so he doesnot feel emabbarssed-
"but you shouldn't have written about the 'apps"he says,"not like that.
these things we see and hear and think are not from the" apps "but from the Eminations ..If you're being monitored and taught by Level 8 "neuronauts" ear to ear sight to sight thought to thought  by"apps" or not..they may as well  be the actual Emminations...every word every thought Imbued upon usis based on Neuronautics you get so caught up in the technology that you never ask yourself what was the point of it is...like a ruiner...?

I tell him I was only raised with Neuronatics because ...

" that crazy shit again?" Charles says,"that some faction against Neuronautics..wanted to use the same tactics Neuronautics uses to bring up it's kids  to'see what they were up against"?...does that make any sense?

"maybe you're supposed to believe that's true." He says ,but not so much to me as his tether..
I look at him to see if I can glean an idea of his Merge has told him...I cannot
Almost in spite of something in his tether ...Charles goes on-
as if he can care less what he can or cannot say-

"why is Neuronautics the only so called "cult"?that has ever been allowed to remain active and standing and thriving?.Charles says,"why are our schools and families allowed to raise it's children in a manner they see fit..? and not burnt down to the ground like a Waco barbeque?. Why are so many of our doctrines so much like those doctrines found in any of these so called "outside " agencies  that supposedly want our "organization"supressed?.it makes no sense...does it?maybe one hand shook another's hand quite sometime ago?maybe some country wanted or felt they needed
some type of second means of organization...as back up just  in case..."
I see Charles grab his funny bone and start rubbing it ,I see induced pain has been directed at him

Like an idiot I look up ,than at the many satellite dishes and next at some cell tower that blinking near, near old tv transmitters..In the dream I recall wondering why they didn't rip down those transmitters...and why the airwaves needed to be "opened up" for new signals...I feel a loud buzz go through my head...I know I am not allowed to think things like this...but I also know this is a dream.

"just in case what ?" Charlies says ,although I think I had already forgotten what I had asked..or If I asked him anything at all....I just want to not think...and be away from LA...and everything and everybody,him most of all,"just in case - the styles of times changed in such a way that might require a more cohesive and stricter means of governance ...ask yourself why "Neuronautics" dress as we do...and run our chain of command as we do..and most of all ask why the Merge  nano bio fell so easily into our hands?"

"cause only Neuronauts know how to interrogate a mind properly ," I saw

"NOT interrogate a mind,"he yells,"Challenge a mind",he yells and than touches my arm and pulls my head to his chest rubbing my hair"..what I am saying is if the Powers that Be didn't have a "Neuronautics" we would have had to have made something like it up!"Charles says

I cannot help but think
and listen real hard,wishing Charles would just shut up ...to hear or glean an answer from
Merge
but nothing-
,"and if we didn't have a detractor" Charles says" we could control we'd have make that up too,"  and than I see him holding his funny bone and a look of horrible pain come over his face

Charles yanks me up from the theater seat  and for some reason next we are  sneaking out the doors at the back of the theater to get out and a fire alarm goes off .

' this is the part where we run.."Charles says

" we ,"he says slapping my back ,"don't run
from anything we run FOR." 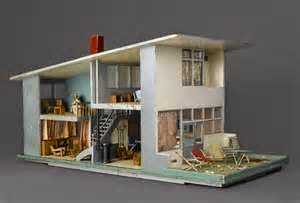 the next dream takes place a day before I leave my first set of foster parents. My foster father has the tv on which never has on during the day.and asks me if I want to watch a real grown up movie  with him and my foster mother.
I say yes.
My foster mother has made lemon aid ,and has cut up slices of salami and something she calls Limburger cheese on the coffee table with crackers.
my foster father says the grown up movie we will watch is called "The Snake Pit" but it is not about snakes ,so I should be scared.
the movie is in black and white.
the whole room smells like limburger cheese.
I hate the smell...I hate the movie...I want to run off to some place in my head...or somewhere

although the movie is not about snakes
it is scary...my foster father tells me that the movie takes place in a mental hospital
where they put people away  because they hear and see things.
all I want is to get away from the tv and the  smell of the cheese cheese and everything.
My Foster mother says once they put someone away in a mental hospital the people never come out.Ever.

*   The first Hologram was developed by Dr. T.H. Maimam  in the early 1960's the first  of a person was made in 1967 .
**Allan H. Frey (1962). "Human auditory system response to modulated electromagnetic energy Journal of Applied Physiology
Posted by vvvvv at 8:24 AM