I am half asleep..back in my own bed..my own room...not locked between XXXX's legs...like I am in some claw..some clam...some clamp..when Evan graphs " there is no constitution of the United States is there Dumbo? when laws may be arbitrarily rewritten" or revoked  in times" of this or that is there?"

appearing  as the Great Gazoo.in my .mind's eye .and I feel "a rush" of Evan Rainy
go through me.
... I turn the light on
to encourage Evan to do his 'thing"
I must admit I like seeing holographically..it's a perk of the "apps"
almost making up for some of the
constant yip yap of various Mandlers...thinking to me ...or placing me on various brain computer  "algorithms....to make me smarter..or make me something.
often just to make me angry...or what they say is to Challenge me...
or to just "play" with me.and try new stuff...with Merge..
. Evan is in a playful mood... ..how do I know this? because  during Direct Neural Interface
as opposed to just Brain Computer Interface..whatever my Mandler is feeling. I feel.as my own feeling...a mixture of my feelings and Evan rainy or Tru Christie...the "main Mandlers" -on my "case" 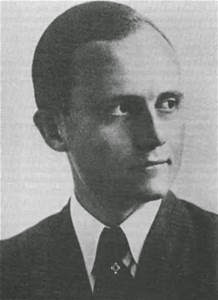 Evan zips around the room.My room.
earlier Evan said...the thought of sleeping with XXXX two nights in row ...was..not in my best interest..
.especially because Charles ,not XXXX is "the one that I want and need...to find some equilibrium and not the Librium I will need if I keep getting absorbed in XXXX's role in this..
"Role in what?"I graphed.

"this Game" Evan graphs...this "thing "...I can sense he doesn't want to elaborate


and for once I am glad..
as usually when I graph,when I "ask" too many questions it's all about "Dumbo"
being foun din a ravine...and stuff.
Evan,as The Great Gazoo appears to sit  upon a half dead aloe vera plant and,in full Harvey Corman full mincemanship he graphs...or moreso appears to say..in full tele -Presence -presence ,"  There is no constitution of the United States  when laws may be arbitrarily rewritten" or revoked  in times" of this or that is there?"and with that Evan ,pulls a pair of reading glasses out of his space suit  and begins reading a teeny tiny book "  the United States once lauded itself  as being "guardians "of Civil rights and Civil Liberties  and thus  "examples" to world at large AS something to emulate. But this is no longer so...and I will explain to why..because corporations ,ones very much like Proxy Cyber and Parasol Pictures can essentially buy the congressmen and women as one might any whore on Santa Monica Boulevard...and as you know a whore will do just about anything to get a bit of cash believe it not Dumbo in the past  there was legislation to safeguard  elections from the improper use of money to influence the results and therefore the character or lack thereof of the scum who now control America..the scum that indeed allowed one such as you to only be conceived as a human subject for scientific experiments  Congress previously possessed  the power to preserve  departments and institutions of the  governing class from being riddled with  corruption. Congress  had the power to pass legislation to protect the integrity of the federal election process but the same scum that participated  in letting children be  raised to be "toys" for foreseen Advanced Technologies  amended The Federal Corrupt Practices Act that ensured corporations and the folks who wanted political favors from those they backed COULD not therefore would not RUN America..."
Evan,still as the Great Gazoo says,"what do you think of the idea of a Pay Pal type of president..one truly elected by the people for the people..to both revert the USA back to what it stood for..and also Progress the USA to something akin to "The Jetsons"?

I look around for Evan...but he's gone and shut off the light wishing Proxy Cy would stop transmitting my interface to XXXX..
"I read that Dumbo," XXXX says..."It'll only be for a couple more days...They promise.."
Posted by vvvvv at 11:09 PM