In 2007 Affymetrix (Nasdaq: AFFX  )  biochip maker announced that it was purchasing laboratory-reagent maker USB for about $75 million in cash. The privately held USB makes enzymes and molecular purification systems that compete with the likes of Invitrogen (Nasdaq: IVGN  ) and QIAGEN (Nasdaq: QGEN  ) .  The USB purchase got  Affymetrix's foot in the door to these other labs, where it can extol the virtues of biochips, thus expanding the biochip market and its market with speculation that Entegris (Nasdaq: ENTG  ) also has it's sights on laboratory acquisition to place  product into practicalities.

Bringing polyaniline into the biosensor field is a major breakthrough for nanobiotech but " biochips" are still considered nascent technology and patent law requires that an artisan be capable of utilizing the invention without undue experimentation however several BCI .A.I. and Immersive Reality "Groups" have been showing how nanotubes and carbon complexes can be used as biosensors—without showing exactly how the data was attained.(name withheld upon request)
[post removed august 2014] 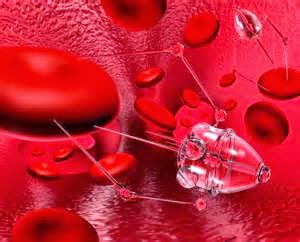 Shares of ATMI (NASDAQ: ATMI  ) rose 25% one Tuesday in late January 2014.
Feb 2014 – Entegris, Inc. (Nasdaq: ENTG)  agreed to be acquired by Entegris (NASDAQ: ENTG  ) for $34 per share in cash. The deal is expected to close in Q2 and values ATMI at $1.15 billion, or roughly $850 million net of cash acquired including $170 million in net proceeds from the recent sale of ATMI's LifeSciences business