a little game we call 'Pieces" 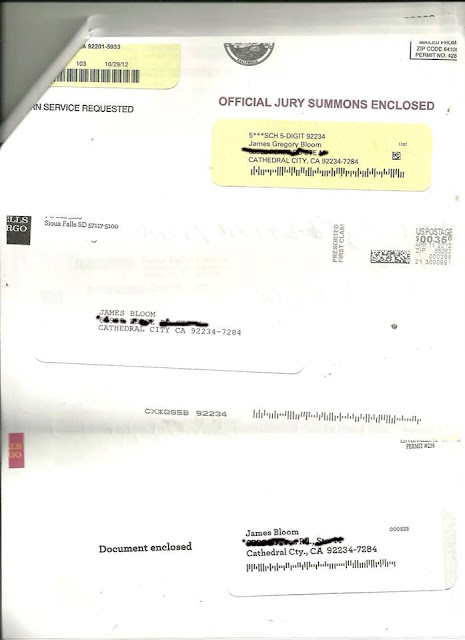 i was taken first to the Van Nuys jail where all the cops laughed..
they knew
what was going on..
not jus tone or two but dozens..

I was terrified..
they had a laugh
Posted by vvvvv at 9:05 PM No comments:

when i'm "not allowed to"
according to this odd pack of people
who played with me in L.A,
and than again here in Philly...

it started probably BEFORE i moved to L.A. _ ( it definitely did in retrospect )
but started like crazy for real sometime in March or april...April i think..

not the VOICE thing at first
but the other thing of feeling - not you
but You as if in a force field..

I an some very very sick game to them.
and I can care less what they do to me ..

it's about time I talked about how it started..
because it was sick
I am sick I guess.
that's why they used me.

they wanted a mental patient..
( the lowest form of life to those in - this group..
they are not sentimental about "Mental " unless they are making a movie about it )
Posted by vvvvv at 9:01 PM No comments:

the ending ( he did not focus on a KEY plot point - good for you fucker I thought knowing this response was being gauged - positively ? by my Radio temetric FRIENDS ( enemies more and more ) ...
and this reminded me
Off
Black Mirrors...opening of PLAY TEST..
surely a scum like him
had it coming.

1 min ·
Any way..
the MOTE - at the end of the film - who has demonstrated NO MORAL CODE - no WORTH to ANYONE
( or was his determination to actually SOLVE the cube - his ONE trait that granted him...
a Trip to FRANCE

3 mins ·
"take an Ativan Dumbo " grok the Mandlers
"Mommy don't like the WAY I LOOK on Ativan as you well know ..and half of this is about SUBORDI+NATION and WUSS - DIM features in response to a Female Head of House hold 30 years later..

4 mins ·
well in the movie of "The MOTE" playing with himself all day..
we get a glimpse of
what
ETHNOGRAPHY
means to socila researchers

5 mins ·
he plays with a rubic cube all day and watches video..
the rubik cube - to me is the COMPUTER foraging..
meaningless GRUNT WORK ( that provides a piggy bank of data to the scum that go to Brussels to discuss BRAIN MAP - the brussels 33rd Poster Session shit we supposed to call BILDENBURGH ..
well in the movie - the guy has LOW MORAL TONE
( someone the gene pool don't need around - ..that's how I see it..That is NOW thanks to me Mentoring how I see PEOPLE ..
I , OLGA ( another film I puh puh puh pounced on - THIS IS ME ? style -- sure as shit the Handlers
want
me
to
be
percievd
as THAT TYPE of
sicko weirdo
freak..

8 mins ·
and you bet it's nice to be able to watch a film that depicts. such

9 mins ·
well I suspect
some of the films are in fact CEATED Only for "PROXY" ( sure those not fiddled with for SIGH - EMT.
may enjoy them ..I doubt it..
_ I sure don't except recently as
WTF - I SEEEEEEEEE You

10 mins ·
I don't feel like turning on the othe rform of electronic harrassment-
The TV - to look for - as in FORAGE for something to occupy my..weirdo self
for the next 5 minutes..
i don't want to be exposed to the HZs from the TV ..
-- but FOR NO REASON
but STANFORD 'RUNNING HEAD" studies..
my mind is always racing - seizures..THE SONG of SEIZURES
the MUIQUE of ..Seizure in Affective Computing Symposium !!!!!!! world wide 2016 2013 2018..in wonderful countries
where The ELITE Meet to share share share..
funny ..never been to one..