Message:
Hi Jim, your request is not as "hard to believe as you may believe. I have worked with quite a few individuals targeted or coerced into "donating their nervous systems to science..Human Testing concerning A.I. BCI and Immersive Perception Augmentation has become a specialty of some investigative firms (I will include a few) but because there is very much an "on the down -low) aspect to r...esearch and development pertaining to biotech,,an investigation concerning "app-ing" up another's bloodstream and brain with nanotech often finds the investigator

face to face with Investigators not in the private sector. Acquiring a scan is expensive as only an electron microscope can "see" nanotubes...we have used a private lab to investigate other claims much like your own and even with evidence of "insertive biotech" many in the field of Mind Augment Industry have received clearances regarding Human Testing that negates further investigation. Concerning "un written laws" for advance technologies that can be used for security. The few cases I have taken to "full disclosure" have thus far been backlogged in the courts...for similar reasons just the same the validity has been noted which serves in many ways as "worth the expense" to Targeted Individuals and people unaware of how intrusive this type of testing is /was .For a Basic Investigation / Surveillance with Pics if possible (but no court testimony) there will be a $500 retainer and from that you will be charged $150 per hour, per investigator, 3hr Min. plus expenses during the surveillance / investigation (tolls, entrance fee's to establishments,dinner, etc will also be deducted from the retainer). Jim, the reason for a Private Investigator is to acquire information that you can use when you want to set your mind at ease. The very best way to make sure your money is well spent with an investigator is to do as much investigating beforehand as you can, (legally, of course). This way you minimize your billable hours. I hope this was helpful.

Good Luck with whatever you decide,C J Fisher

I write back to the detective...and remind him I have done a lot of leg work in advance...and spoke to many professors and those whom for one reason or another had left the Mind Augment "game"...and  that when ever one hits upon certain sites that contain information that is pertinent often is "here today" gone tomorrow ...so it is a good idea to print what one finds immediately
He writes backs --explaining that  for cases involving psychotechnology he had to go  way back to find information deemed disclose-able.
the mid 1960's and early 70's..after the early 1970's he says it's as if the subject of Neuro Technology  disappeared ...in fact he states that much of the hub bub concerning "leaked" news about Human Experiments with LSD and other chemical compounds was "open sourced" so various "teams" could refocus their work ONLY with Neurotronics

...."it's all about one hand not letting the other know what the other is doing...while being slapped on the wrist for doing human testing on humans ...many labs were folded...many companies that  supplied chemicals were now off the agencies pay roll.
.as far as the public was concerned the matter was closed...unaware that the only reason no chemicals were being tested anymore  was because the focus was now solely on technological means of Mind Assuagement 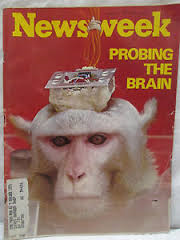 he reminds me that even if the case is built as it was for another  in my predicament...there is zero probability on the case ever going to court....and
even with a biopsy of a biochip in his hand.
. ***** case  was shot down ,endless  continuanc-e as legally some of the testing with bio tech insertives concernd- aspects of security act
-and in fact  "if " one has been "apped" (as you amusingly put it Jim) one is encouraged to consider certain allegiences he or she "has" to the 'cause" ...that might have and might not have "app-ed" him
I write back---I explain to him "what cause"..? there simply IS NO CAUSE for making someone a human MONKEY...certainly not any cause I give a damn about...
He writes back''-that this very declaration makes me suitable for Testing...not in his eyes but in there's..I can take your moneyJim..I might be able to settle some of  your curiosities based upon previous evidence I have from other victims of these studies IF I wanted to "go through what I went through all over again..which after a long sleepless night I have decided I do not.and will not.I can give you the names of other agencies
.but to be honest...it's in your best interest to not know too much.but to learn how to see it as metaphor . Nothing was solved for **** in fact things became much worse for her after we sought legal counsel. I too had several bad experiences with break ins and harassment via neighbors...windows broken car tires bled..I spent an unrestful night deciding to explain to you that I do not feel comfortable taking on this case...it also might be in your best interest not to pursue  the matter..without thinking of what a can of worms I might be opening in doing so
..People who are Schizophrenic...or simply hallucinate often function well in society..as might  people who have been "app-ed" who can look at their situation as metaphor.(organic mental illness,a spiritual communion /possession...a friendly or not so friendly ghost..?) Have you read or met other victims of "science"? May I recommend Targeted Individuals.org
.Good Luck in your journey may you chose to seek it's source...and Good Luck in your Journey if you think of it THOUGHTFULLY.
-------------------------------
a complete waste of time..a detective. maybe I am a Childman like they say
...all of it..Of course I read up on Targeted Individuals...funny pictures of neon brains ..with neon coming out of them..mostly..

they seem to go out of their way to make the page itself look ....twilight zone
I have  read their descriptions of the hell they have to deal with daily(some have the A.I,  most unfortunately just directed energy and ...Silent Sound or what they call Voice to Skull...some synthetic telepathy (another word really for BCI)..it's too sad reading most of their stories..you can almost feel in their words ....a depletion of hope...but than again you read some narratives that ..insinuate that now that their mind is no longer "there own" they turn more and more to the heart" to survive.I of course turned to crack to survive..I am maybe truly the loser my Mentors think /KNOW me as...the saddest thing about reading about TI s..is that  most if not  all TIs are NOT  believed  by family members or husbands or wives... marriages fall apart...etc.and I am not the only one who turns to "self Smashmanship"to just "get through...I read about the TIs of course first believing their situation was psychiatric...about the pills...and wasted hours...and still no change read  Gloria Naylor's account (called "1996") Naylor, an author (the woman of brewster place)...but .i cannot look too long at their stories...without seeing myself in their stories...and stop looking...they sound crazy....I sound crazy....and what's the point?...If only for me to see how I "come off" writing about it...as semi fiction ...as non fiction ...as anything..i read a story about a woman whose been "app-ed" who killed herself and think how brave she was..and think of Others Hearing watching her every signal
being right there...feeling her long jump down

when
you have 350,000 to 750,00
sanctioned "change agents
walking around with LISTS
what have you got
but a NEW POLITICAL FORCE in the making

of future LEADERS and LAW MAKERS
weened on categorization.suspiscion and interrogation
of "Sore Thumbs"
and insinuated  thumbnail sketches of  "spotting  "this kind,that kind"

they have been
weened on the
"science"of predictive analysis

their job is to recognize
inconsistency
in the demographic
and

via
facial recognition studies
pupil dilatation encoding and
voice transcription
which studies not so much 'what one says' but the syntax and linguistics
of "how one says it"
there is
new technology that even coverts one's EEG signals into language
(one's thoughts can actually be scanned ,deciphered and than " read" with the help of inexpensive headsets with contain biosensors made solely for the  purpose
of what is called "thought transcription"

"Thought Inscription Technology(i.e.mind reading technology) is being considered as an adjuct to airport security  and other public arenas that
"need" special measures to ensure crowd safety
presumably
the thought transcription equipment will be used very briefly
a" quick scan"that is just thorough enough to "conclude" one's motivations
for flying


350,000 to 750,000 agents
who answer to no one
with lists
and advanced technologies
to KNOW
what is on your mind
and the science and thus the right  to determine
who among us
is peculiar
or strange enough to require
more invasive monitoring

a New Regime on  Surveyors
whose god is
Pre Emptive Pre Cursors and Evoked Potentials
there have ben other movements and "regime" begun with people with lists and people who divided the population in traits and categories'
in time "this style" of "crowd control"
and classification became
a political movement
when the technology of survey has gone as far as studying one's pupil dialations
to "see" if you are
Good or Bad...
Right Minded or Wrong Minded
we are letting a lot of questionable
means
decide who we are
and what may become of us as a nation
and as individuals

we are becoming a nation of the measured
encrypted and decoded

it is difficult not to be reminded of the Eugenics movement popularized in the USA in the 1920's
but this time
we or THEY are not by measuring the distance between someone's eyes
to gauge "personhood"
but measuring Pre Neural and  Post Neural firings
to get a DIFFINITIVE scientific KNOWING
of what is on our minds
and thus in our souls
﻿
Posted by vvvvv at 10:59 AM