Putin: Russia Has no Choice but to Develop Psychotronic Directed Energy


Vladimir Putin, prime minister and president-elect of Russia, has a announced new plans for his country to develop offensive l directed-energy microwave weapons .It was in 2002 that defense contractor Raytheon began development of the Active Denial System (ADS), a pain-inflicting directed energy weapon designed to disable and disperse crowds.  Somewhat failed attempts at directed energy weapons dates back as far as 1950s.  “Such high-tech weapons systems will be comparable in effect to nuclear weapons, but will be more acceptable in terms of political and military ideology.”  .“When it was used for dispersing a crowd and it was focused on a man, his body temperature went up immediately as if he was thrown into a hot frying pan,” said Anatoly Tsyganok, "just as  effective are using  different wavelengths and/or frequencies of microwave radiation that can alter brain patterns to induce upon masses alterations in   behavior."
Directed Energy via  high-frequency micro and macrowaves do not  penetrate more than a few thousandths of an inch into people’s skin, affecting the absolute outermost layers of skin to cause 'tolerable pain"More interesting are plans to further develop means of inducing methods of  crowd control upon masses that cause pain to the body via Directed Frequency but to the mind ,at least temporarily.*and much work is being done to learn how to best use Brain Entrainment to safely induce compliance in a manner that causes limited long term physiological or neurological problems . 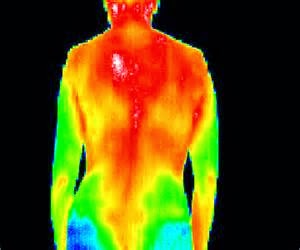