under the volcano(The book of Biff)

"well of course they're rough on you...."I said,"think of your Mentor as a mechanic....as a fitness coach but for your mind...Certainly when one begins going to the gym....one doesn't get muscles or get fit ....overnight...before their's growth of muscle tissue ....there will be a lot of pain...Your Neural Monitor has to break down old neural pathways and old belief systems...before he can reroute your signals to a Tone more in Tune with what Neuronautics is all about.What's Neuronautics all about? "I say,wishing I had never picked up the phone.,"Neuronautics is all about Evolving Up one's Scale of Beinghood....getting rid of all the signals and input that came into you...probably before you were even born....Eminations...Eminations coming to you and in you from the Electromagentic Force all around us...from Unseen Entities....that piggy back on these frequencies and wavelengths...," I hated this woman's Emanations intuitively.
a trained Neuronaut can "spot this type"
literally 30 miles away
I sensed her very Emittance , before I even picked up the phone.But customer service is part of my job on the 8th floor.
and here I was I can't help thinking ...
I was enjoying myself....having a good day at work...These Ruiners ,they know how to ruin....another's day.
According to Gary Rainy the only reason Ruiners are born is to "snatch away the sunshine" and light from all things
They are not.
Did this woman ...or whomever fitted her for "apps" for Mentorship really think
"this type" had it in her to be one of Us?
or was this "just one" app-ed for threshold Testings
whatever the purpose ...of "this person" I must say I had nothing to offer her..
nothing to offer one whose predisposition I could just glean headseted or not
reeked with the Take
Take
Take
of this "type"on the Scale of human Evolve..
certainly if she was initially "app-ed" to serve the "org" ,to serve The Movement
from her compliants...it was obvious she had been outsourced
for other purposing...

None of which I cared a whit about as here I was
mid day...sipping some Kale Juice
writing in "The Book of Biff" and looking at JPEGS of Stella McCartney's new designs for biosensored headsets.Her wearable's
could almost make one
reconsider getting imbeds.
not that I myself  had any choice in the matter...
but the Ruiner On Phone DID...
going through her records I see she was offered a trial run version of Merge Wearables
but opted for inserts
the reason
'wearbles would mess up her hair"
a reasonable enough reason to seem biochips yes...
but a vain one as well.
Thinking of vanity I was triggered to look at my nails.
and I am Not so sure I looked at them "the manly way"
and might "be called on it" by my own Mandlers who only "checked for things such as this " because I desired such checking and rectification of my neural Dailies.
being raised as an Immersive..
has it's perks..
that in exchange for a small fee I paid to continue with my Neuratics courselaod

I could bypass my tether......except for my own personal enhancement

"walk -Ins"-who just get 'app-ed" to "get better. get 'saved" or ..get enhanced" don't often know what their getting into...
I was brought up to Never trust
a Neuronaut who wasn't "born into it"
who wasn't 2nd or 3rd generation....would you?
...
like" this one".on the phone....practically SHOUTING  at me ..because the Brain Computer Interface isn't going her way..
surely she has thought that to her "Mandlers"
who obviously do not concur

the AI she signed up for and the nano she had injected up her circulatory system..
is disagreeing with her.....poor you ,I feel like saying
she wants the "apps' out....

"the apps don't come out dear,' I say playing with a pen..unscrewing it.

next she says ,'well I want the interface stopped"

"no honey ,I say,that;s NOT quite how we do things"I tell her...hoping the smile on my face doesn't"read" in my voice.
"once you've started the program...the Neuronautics Process...which IS OUR process and thus our intellectual property...we have to always 'keep you online" to make sure you don't share our unique way of Resetting you to another Mind Augment company"I tell her unscrewing another pen...a habit I had since I was a child....breaking the pen further and further down to it's bare elements...placing the spring here....the ink here...the casing here 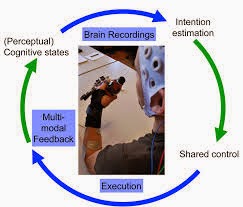 all the while listening to this bad eminator
go on and on how the 24/7 mind reading and mind "writing" is driving her crazy
"if you're truly going crazy ,nay I suggest you go to the nearest mental health clinic and tell them you're hearing voices and seeing things"
I pause...
Lesley ,hearing on the phone "with one of those" makes a cue for me to put the call on speaker...
I do
she says ,"I am hearing voices and seeing things"
"well," I say ,"of course you are,,,that's what the "apps' were for ," I say trying not to laugh
holding up my finger to my mouth so Leslie can keep down her tittering..
the disgruntled one on the phone asks me "can I at least tell her Tele-operators to give her some breathing room"
I change my tone .
as I was taught during seminar,"now what exactly were you doing with that breathing room you so cherished before?"
she tells me ,"by that breathing room" she means her own inner monologue .her own thoughts
she wants to be able to hear and distinguish...
"and where were those thoughts getting you before?...they brought you to Neuronautics...didn't they because you KNEW your THINKING was off Tone..."
I begin laughing and hold the phone away from me..
"this is not what I signed up for...this is abuse and if this doesn't stop...or someone doesn't do something about it..I will have no alternative but to go the police or get a lawyer..."
"when you signed up for "apps" you signed up for an investigational trial ...an experimental procedure that for all extensive purposes does not exist....go by all means to the police or get a lawyer...But let me explain to you that all they will do is place you in  a mental facility.."
she tells me she will get a scan...
I have heard THIS one before.....
Leslie is now almost literally on the floor rolling with laughter..I throw a piece of pen at Leslie...to stop
'get a scan...by all means get a full body scan....the apps...honey are smaller than a molecule...smaller than a blood cell sweetie...."

I hear the woman crying and have to put down the phone....I am laughing that hard...
I can just see her Tele-Operators who don't just HEAR this RUINER but feel her agony...
her weakness
remembering the code of Neuronautics
I pull myself together
and try my own "Mandling Techniques"
the ones I had previously done with face to face clients
when I worked at a Neuronautic's annex in Hollywood.
I tell the client via speaker,snapping my Intentions to the Business at Hand...the business being I have a "Ruiner" on my hands and at my ear....
who wants to "walk away" from the program
which was not so easy ,even before we did Sessioning s with out the tech
but impossible now that she had "product" OUR product over 250,000 of IT in her
Leslie following my cue...stops "the silliness;
and re-composes herself and her emanations. 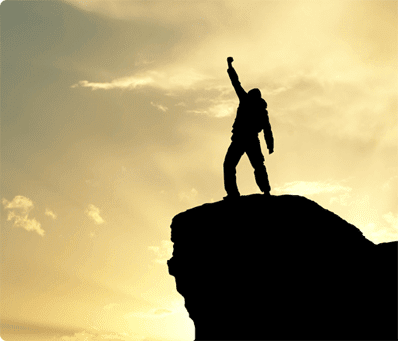 I take the phone off speaker and tell her,"just like a car ,you can't expect that if you pile all the parts in the middle of a garage you'll have yourself a high performance vehicle...would you? NO.You won't have a car! at all/You'll just have an abundance of potential ...you NEED a blue print ,an architect for greatness...
and THAT's what your Tele-Operators are DOING for you...
If you're having a problem and feel over whelmed ,go to a mental hospital and YOU just tell them
a group placed nano chips in my blood stream and Now I hear voices and see things all day...and trust me THEY'LL know what to do with you...
is that what you want dear?
No I didn't think so miss...so if I were you I would listen to and see what an experienced Tele_Presence KNOWS
just a little bit MORE than YOU miss ...exactly
WHAT you need to focus on.....and see....and feel JUST a little bit MORE than you do...am I right?
Posted by vvvvv at 12:34 PM