much of the over ride is Proxy Cyber's  work on learning how to Augment MOODS wirelessly
MOOD .based not on drugs but MOOD based only on brain signal transmit and receive
if you have receivers
it's based on all this science-ie stuff
first the collecting  based on a clear neural baseline
they can Brain map"
than the give the neural baseline a bit of Bass and treble
Cocaine or Ketamine

so the computer can
receive synaptic sequences ...or "this is your mind on Dope"

and than save that read(that graph)
as  what they call -a neural read".
which is basically  a program they can either use on you...or on someone's whose baseline neurals are similar....like I said real white coat stuff..

basically the MOOD is sent like an Occipital Overide might be sent to one's visual cortex...with just pulse and microwaves ...electromagneticfrequencies and stuff...

to  cause one to feel the euphoria of MDMA,DMT.Ketamine ..like one does a visual
or hearing that totally bypasses your actual ears...
this ..is just Mood that bypasses your own mood...to heighten it..
it's sorta how they pay me..(but trust me they can also transmit moods to you that are quite the opposite of walking on the sun...)
I guess you can explain it like you might how you might feel real happy hearing some pop song
suddenly
but THIS kinda pop song
is about making your brain waves "pop" and perk with signals meant to
make you feel high as a kite
without having to snort ,smoke or shoot up anything
no pills ..no liquids just
a wave nobody can see.
and nobody can feel unless they've got Merge Bio  tech riddled all through them
cooler still is you get to feel amazing
without having to feel much of the biological "letdown/crash" one typically might
when taking "FUN DRUGS" because
the  Human Computer Buffering lets the pleasure center pump while inhibiting the typical what they call extraneous touch and go of too much dopamine or
or  neural peptides...glandular secretions ..histamines etc etc...going bing bang bing
effecting other parts of your system that cause an OD or
..stuff like dehydration...etc..
.that a pulsed ...directed zip zing of a transmitted Neural Read...has been made to not do any of this...you are brought UP and DOWN in a gradient...some math like....thing...
the "mood enhancement" is based on stimulated on and off binary like .programming of Brain Signals.
light up this part of the brain (provided one's mind has been laced with "product"" light down this part...
and unlike  with pain pills one doesn't have to wait all too long...to feel great..it's immediate..like a button is pushed and BINGO!
like someone took the top off your skull and was just doing some kickstart..tip tip tap on all the right neurons..
it's all nano second to nanosecond ...mood
all science ..all synaptic signals forced into some kind of symphony ...of pleasure 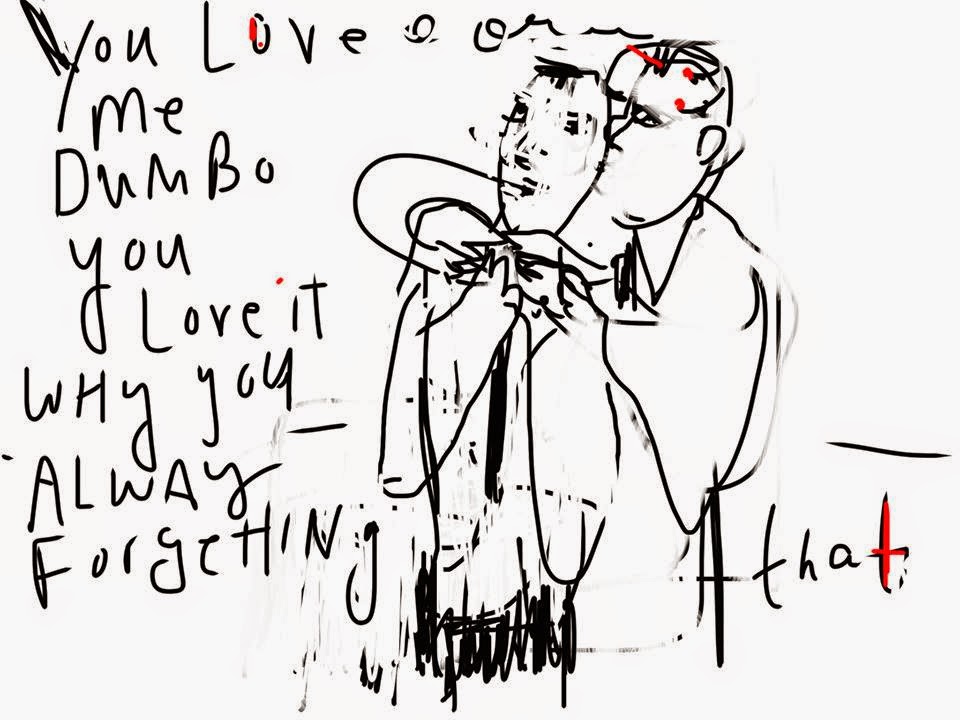 it's kinda like the stuff they make you practice doing the Immsersive Reality Scene Settings  how another's brain signals and perceptions sent to you via their headset allow you and one day a future consumer - wear what they call an "overcoat" of one;s sensabilities..
so you won't come away from BCI based gaming feeling like "you gave yourself away"
cause the overcoat of "character" protects...your "core being" or something..
they don't care much about Proxy's core being being protected ...
just consumers down the line
it's not like you can like instantly play a violin ...if you're graphing with a violinist...but pretty damn close..
( .we tried a violin but because of the dexterity problem (a different brain signal(task oriented) being muted...I couldn't really say it worked.....
not so however with the piano...and me learning Spanish rather ,too ratherly fast...
but than it went away.. the Spanish
.as soon as that particular interface ended...around the same time ALL cool parts like that ended
the cool parts sucked me in...
as they might have sucked you in too....but now...in spite of the Ketamine Over Laps./Over Lays
given to me as Rewards ...not just "get me off"
they can careless that I want someof the MOOD stuff ON alllllthe time
I get pretty punchy being -always the orangutan
and even happiness is with held unless it serves THEIR not MY needs
Green man was/is attractive and the ketamine was pumped up through me.
also makes you feel less...self conscious
going down on a man in a cab...for instance

I felt LOVE a coupla of times not face to face...except  with ***and ***
but I have felt the signals of love via Merge.
which synthesized or not...came certainly from someone ...that just "fit right" in with my signals..

back and forth- like talking with no words..
sometimes the Mandler
who is doing it to you (with or without a "buffer" I am seldom "told" just  feels just so right
that you want him(want "it"or the combo of the 2) always in you..
you never want them OFF headset..
.and during these times - far from feeling manipulated
you feel you are thinking and feeling ONLY to that other person-
sometimes I get like this with Evan
when he "let's Go"and stops thinking of me as some fluky "ward"
I feel this way ...when me and Green Man arrive at the hotel.a nice one..
Lou takes me up to his room and who do  you think I see...as soon as the door opens laying there half dressed on the bed...but Pretty Boy Tiger Shirt .
Lou says 'Chuck..This is Damian"