dr owen had met with many who had been exposed to" the program.."
and been destroyed by it
young men and women placed in the equivalent of the of Hollywood studio system. as If -Hollywood  were still studio system but run by like MK Ultra
dr owen worked with.young men and women... with personalities created intentionally to be  bridled ..sectioned...divided. Made malleable.
and part of them "retrievable".....on cue..after all...what  else IS -Method Acting. 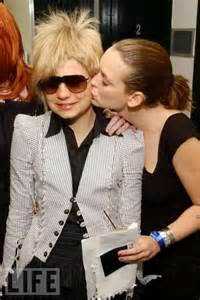 de owen could not and did not expect his clients follow the typical rules of "using or not using drugs" not after what many of them had been through  and worse were those starting to remember... ... often ,street drugs  and ,hallucinogenics were give to these young men and women when they were very young ...as part often certain chemicals were given to breakdown these .children.'s boundries
Children "born to be" had...made to be broken .born to be used

...induced trauma to "make someone into SOMRTHING"

.some abuses too bizarre and depraved to mention.
.  premeditated  ,methodical  abuse to
supply clinical  'answers
" to causal effects  of parenting "styles" that could validated  that x-x
empirical evidence that a clinician could  " back track" to establish exactly what
initiated traumas caused exactly what alteration of self  to occurred

without a " recipe" or fix point  time line
these kids born into the "studies"
could not  be studied in depth.
nor could the data attained in this manner of molding a child be recreated based upon the studies findings


to facilitate confusion ..often the child's  relationships were with grown ups and agencies (including school teachers,psychiatrists,doctors..and some in law enforcement etc..) were purposely askew.. .-just to see,just to study..the outcome..of broken implied trust.
many  parents were  trained to
break their child's mind  into parts  to see if a "new' personality that had to assert itself during traumatic psychological, sexual or physical trauma

to collect  hard data..so one might be able to do it again On another.
subjects if not driven mad
might  move on in the very program that initiated them to be beneficial assets..
there are not many names for these tests,many names for the programming supposedly halted in the 1970's
to purposely coerce ,damage,,,..confuse and set back the child..again and again...to make them a type of adult that is  malleable..and the young adult might  may never know why -they are -the way they are
supposedly there are  reason for this type of Project but  to give reason would give justification..


in the 1990's ..several Key "players' in this odd study felt that those raised in this manner
needed a outlet..a personality..in books and to represent as "one who survived';..so they created
a person out of nothing
dr owen asked one of his staff who had worked well with these damaged young men and women ...if she could...speak and write for those ' raised to be used
and she agreed to write
about  programming and purposed abuse set  often by the child's  parents ,some thinking they had no choice..some for financial gain..others because of threats
..
and Jt Leroy..
was created to ...help...ease a collective pain and ...horrible knowing that was destroying some of Hollywood's own/
Posted by vvvvv at 4:09 AM