(1)
the Tele Operator who RAN Charles graphed onto He.
"...I want you to think real hard of what a Visual Over Ride of Brad Renfro means...
"It means maybe I think I would have like to fuck Brad Renfro"Charles thought and thus graphed back to his Mandler

"trust me,alot of people would have liked to have fucked Brad Renfro," Charle's Mandler imparted"...and also fuck another--- while possibly(?_) Merged with some version of  Renfro....
.but what does' Brad Renfro' mean symbolically? NOW Charles? "The Mandlers graphed"...it means ....goner.
and GONERS often end up making those amongst them GONE as well...."


(2)
Charles
jumped out of bed..and started hurling around .like the room was on fire..
I didn't need to even ask him what was wrong..
I had seen his face...granted as Bo Hopkins...change.
..I had seen him Hearing something..
and remembered who he said he saw me as...
An odd choice of occipital overlay I thought...
but whatever helped Charles get it up...was all I was thinking at the time
but the same "thing " that had made him get it up was now making him get his clothes on...
he no longer looked like Bo Hopkins...but Charles..'

"your afraid of THEM ," I said,"BUT remember at least you are not afraid of me"

He doesn't say anything but refuses to look in my direction,"How can someone not be afraid of something that makes a person see and hear things?...your afraid of them too" Charles says pulling his shirt on " but ...maybe not afraid enough...maybe you're trying to take me down your road...of carelessness...of obstinance.."

"NOR AS YOU HAVE PROVED ONCE BEFORE! WHAT THEY CAN DO TO ME!" he yells
" and mAYBE I don't want to be involved ..with someone,with someone  who REPRESENTS..."he says

"who represents what? 'I ask Charles who is now looking at me likesome character in some Warner Brother's cartoon who has seen a ghost...if I didn't know what they could mame another rsee...it would have been funny...NO ,it would have been scary...but passing.
I can't help
wonder what they made  me appear as over his visual cortex...it sure as hell ain't Brad Renfro anymore.
Next I see I see Charles making a cross with his fingers..his face white and we ain't talkin' Bo Hopkins white either..

I get up from the bed and Charles yells " NO!Stay! Stay! right where you are Damien!"

and I hear Charles running down the stairs.

"well,I think We're alone now ," Evan laughs,"Gosh Dumbo, you shoulda' seen how the graphed you in Charles Mind's  Eyes Dumbo...horns and everything.."

I feel the top of my head.for horns

" we don't want you with some lover afraid of "the seeing shit"..especially the Damian /Brad Renfro/Joker shit..do you?" 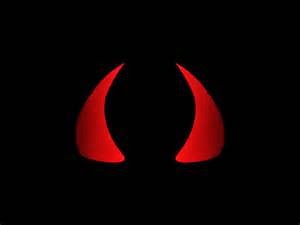 XXXXX knocks on my door and comes inside
With his finger on top of his head...Smiling.
XXXX takes  off his shirt and Jumps on top of me  Pinning me down .Like the old days...
ramming his fingers in my mouth.
Posted by vvvvv at 12:41 PM