Proxy Cy wakes me up from what one cannot really call "sleep"-from dreams one can't really call dreams  .Proxy Cy seems so sickeningly eager to explain ,so proud of themselves...To distance themselves from me,they graph in a manner that is purposely computer like-"A Dutch angle, in filmmaking is also called a dutch tilt or cauted angle shot and is meant to expresses a protagonist's disorientation and anxiety... Often attempts are made to adapt  features of traditional filmmaking to Immersive Reality Interface during dream states ...WHY Dumbo? so maybe a Participant might help us iron some things out concerning  research and MAYBE for  some  "redevelopment" of  a Participant's RUINER tendencies' via such Imbue..a Dutch angle traditionally is made with a tilted camera that causes the horizon in the shot to be diagonal to the bottom of the frame...the technique is purposely askew.. to provoke askew upon the viewer. These "Expressionist" filming techniques like Expressionistic  rendered dreams are often used to purport upon another dark themes such as betrayal..."Proxy graphs,"When one who is Participant is told in advance ..WE WILL WAKE you up if your Merge indicates "it is too much"..I think it betrayal when said Participant sneaks a pill into himself..  to try to block The Dreams and if you ever,ever do that again we'll begin" Dutch angling" your waking state in such a way that
you 'll wish
you were dreaming buddy..You fucked up weeks and weeks  of OUR work with that fuckin' pill...so now! we have to do it again...and because you screwed with "it" on purpose...  we will see too it! that THIS time the dream's  content will be as scary as it's composite!"

I took the Seroquel I was never even
supposed to "get" from THE DOCTOR .nor any DOCTOR
I don't recall if I graphed to them some version of me flushing them down the toilet or throwing them into the trash...I took them just to
relegate my own mind....as buffer ..as they call it to brain computer interface..
but they didn't see it that way..
My Mentors, who shoved this junk into my blood in the first place graph-

"no..no it wasn't for buffer" it was an aggressive act of "poor damian dumbo darko doesn't want to play ball anymore so little wuss takes the ball and goes running home...cuz poor dumbo darko. doesn't wanna' play anymore...what are you Dumbo ? a 7 year old?..
we trusted you...that you tossed the Seroquel  what did  we say about thinking  to us False Task Related Pre and Post Neural intent?....
every time you take something.
you fuck up the scanning until that something gets out of your system

and what did we say about you writing about us using the "apps" and the A.I. to torture you...?                  That  certain things we do to you ARE TO REMAIN between US!
we said -some testing is done on you "to keep the lights on..pay the bills...and that it doesn't LOOK good for anyone  having A PARTICIPANT writing about "the apps"
being used  as hand's off torture!....you should find some measure of  Respect!..not contempt! for this amazing journey rather than spitting all over it...
Torturing you?huh..
let me show you some torture...RUINER! 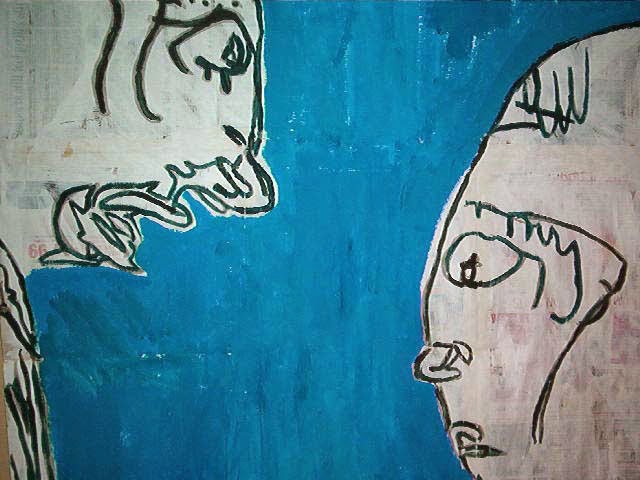 and
I see some bird...but it is not shown in the cool way they sometimes do
but like a bird in some text book...like school...
than
I am made to see thus  THINK acts of genuine torture being done through the ages..inner vision wise
what's inner vision wise mean reader...as opposed to seeing holographically or what you would call a hallucination cuz your too stupid to understand that once you've been"apped" they can use like signal on your
what's called  a visual cortex to make you see all kinds of stuff.
inner vision however...is what you see when like someone says red shaped heart
and in your mind ...well...u see a red shaped heart
well they can also somehow make you see.
this way to...
simultaneously being shown "images" of all the state's birds in America.....
that seem to float in mid air via imbued sight from the Merge apps in my visual cortex
somehow concurrent
with inner vision images ,little reels of  footage of "real torture"-where in G-d's name this footage came from is beyond me...whenever tv shows about stuff like that come on I look away or turn channels...even when I was little
you think we're torturing you? really....really Dumbo?
.
let me show you some torture...so you'll know what we could do if we wanted to
and 3 or four voices....in different tones begin over loading my senses
you want to play games ...
ok let's play games all over your ingrate sneaky mind-

The western meadowlark was designated the official state bird of Kansas in 1937cooks have a different personality traits than dishwashers.The lovely mountain bluebird (Sialia arctcia) was designated the official state bird of Idaho in 1931.cooks according John Gittinger's Personality Assessment System,seem to tobe able to maintain a high degree of efficiency in the distracting environment of the kitchen.The migratory lark bunting was designated the state bird of Colorado in 1931.AI research is done on people without informed consentThe lark bunting is a medium-sized American sparrow native to central and western North America. The lark bunting is monotypic, the only member of the genus Calamospizahttp IS A JELLYBEAN CANDY CORN?According to Gittinger  Personality Accessmenr Systemdishwashers do not have the ability to to separate themselves from the external world./question/what-is-the-history-of-candy-corn    ./question/what-is-the-history-of-candy-corn            ./question/what-is-the-history-of-candy-corn

the necess./question/what-is-the-history-of-candy-corn importance of Anti Trust laws in the Industry of Artificial Intelligence  The lark bunting is a medium-sized American sparrow native to central and western North America. The lark buntingwas first described by J. K. Townsend in 1837,Apathy  is a lack of feeling, emotion, interest, and concern. Apathy is a state of indifference, or the suppression of emotions such as concern, excitement, motivation, and/or passion. An apathetic individual has an absence of interest in or concern about emotional, social, spiritual, philosophical and/or physical life and the world. from a specimen collected on a trip he took with Thomas Nuttall, under the name Fringilla bicolor. This is a preoccupied name, so Leonhard Hess Stejneger renamed the species in 1885 Calamospiza melanocorys. By then, the lark bunting had already been given its own genus, the one it is still placed in, by Charles Lucien Bonaparte in 1838.The Court held in this case that the existing distribution scheme was in violation of the antitrust laws of the United States, which prohibit certain exclusive dealing arrangements.The legal issues originated in the silent era, when the Federal Trade Commission began investigating film companies for potential violations The selection of state birds began in 1927, when the legislatures for Alabama, Florida, Maine, Missouri, Oregon, Texas and Wyoming selected their state birds.i think my 3rd stepmother felt .what is the use of this beauty.
she seemed to be some need to always be out..always.just so she could fill the air with her her her..she'd roll into the house like some wayward teenager after hours.all bubbly talking about this and that- we couldnt eat sometimes  because there was no money.she spent all of jakes  money. not on us
not when things changed-she spent money - on these outings of here's.these" tours of beauty" The last state to choose its bird was Arizona in 1973, although the eastern blue bird had beaten the American robin in a statewide survey 42 years previously -February 20th, 2009 -Bringing polyaniline into the biosensor field is a major breakthrough for nanobiotech but " biochips" are still considered nascent technology and patent law requires that an artisan be capable of utilizing the invention without undue experimentation however several BCI .A.I. and Immersive Reality "Groups" have been showing how nanotubes and carbon complexes can be used as biosensors—without showing exactly how the data was attained.what is candy corn and how is candy corn made what is candy corn and how iscandycornmadeThe lovely mountain bluebird (Sialia arctcia) was designated the official state bird of Idaho in 1931.todos sobre damian todos sobre damian cooks according John Gittinger's Personality Assessment System,seem to to be able to maintain a high degree of efficiency in the distracting environment of the kitchen.Candy corn was created in the 1880s by George Renninger cooks according to personality tests opposed to dishwashers  have inner directed personality types the dishwasher does not have the ability to separate themselves form the out and inner world men seldom make passes at girls who wear glasses.Candy corn was created in the 1880s by George Renninger Candy corn was created in the 1880s by George Renninger Candy corn was created in the 1880s by George Renninger
Posted by vvvvv at 6:59 AM