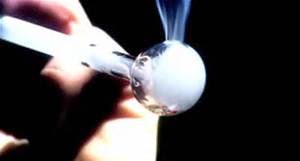 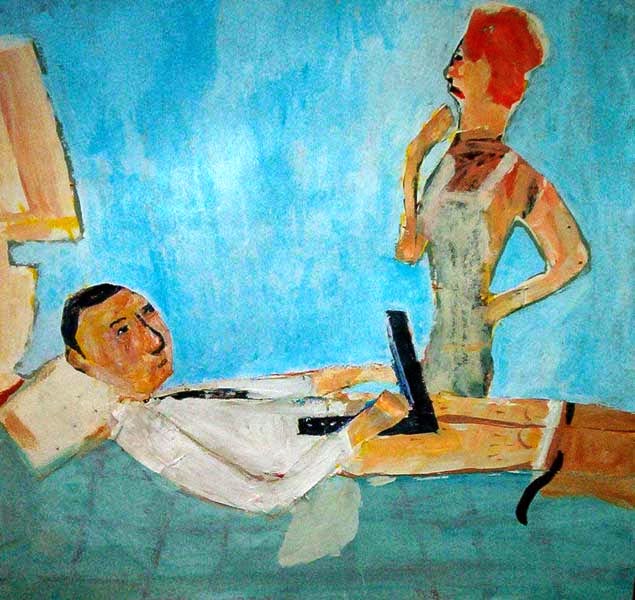 IT'S A GOOD WAY TO GET IN THE MOVIES Andrew
some of our boys ,I can't name names got their start being Proxy-
your mind is still your own
you just share it sometimes...
THING IS YOU GOTTA' BE A MOVER..
IT'S ABOUT VICARIOUS...SIGNALS..
you gotta 'like to party..hopefully you have a drug problem

Adam makes an iffy gesture....
and I get up from my chiar  and ask if I can see his teeth....I just like doing this...
once I put a potential Prox...on headset I instantly know all I gotta' know...
but I gotta get close..
see if this guy gives me a
"shortwave"---a woody...
also I gotta see if the guy flinches too much
when I go CLOSE UP
on the teeth...
last thing Proxy Cy needs is a guy who cares much about their teeth...
it's a bad sign....
a. it means they don't have the "Live for Today' who needs teeth
attitude
a good Proxy must have to be a "mann-ed man"

I hold his jaw and he smiles...
he gives off "good waves"
doesn't mind being bossed around...and his teeth indicate he indulges..
I sit back down
"In this biz we don't it a drug problem we call it
a bonus...
but ....it's about restraint...
I see you've worked for several escort services before...I assume you
never went high...or at least  too high
on call..
you can lie to me...now but
you won't be able to once we 're on headset....
....
he's a handsome kid....22 according to his papers

you understand that...once we 'app" you
the apps ..don't come out
the nano ,it get's into your cells...
your neurons...
not something one should think about

especially when one is Mind to Mind with a client whose
bought you...
we always keep you on Remote Neural Monitor to act as buffer
just in case your mind
swings toward stuff like biology...
stuff like  picturing the Merge in your blood or trying to
it just "sorta' stops the "ACTION"
and spoils the "show"...so we sometimes
to do pretty extreme entrainment procedures concerning
just a few of the "chips"concerning a wee dose of pain
now and than if you think too 'off Key" when your Mind to Mind with a Mandler
think of the pain as a leash...for a dog...
you're not "hurting" the puppy ....just teaching the pup
not to roll around in it's own shit...
when a Proxy fitted with insertives begins "Going all Biological"
thinking of the chips we "as buffer" give you a
a wee little zap..in the funny bone ...
to help you .....think away from yourself..
there are certain drugs you may never do once you've been "fitted"
with Merge...
marijuana nor any hallucinogenic..
only speed and coke....no heroin
either ...the last thing a Mandler wants is to feel withdrawal
weed can make a Proxy's mind think of their nervous system and mind being
read.....and what's the fun really for anyone ....if one goes there
certainly not for the Guy who has rented you....
most clients get tired of a Proxy in a about 6 months...
so they trade you in
we do our best to do a bit of Jimmy Jones on ya'
after you're traded in to make you a bit scattered enough to take on a new Mandler....without any Linger...
we pay you every 3 months ...set you up in a nice apartment...
supply you with the best meth and coke...
in LA
every now and than we help you supplement your funds with a bit of old way porn..
bet mainly it's about you being someone's joystick
Fucking and Huffing....and
watching TV...
but only what we want you to watch...as some material
will create imagery in your mind that "gets in the way" with
Neural Reads...
it's complicated....but you seem dumb enough  to not
go all "intellect " on us...
nothing a Mandler hates more than
some deep thinking....
but if worst comes to worse we zip zap a few too many brain cells running on
exempt me"

I look at the kid and am glad to see he has no interest whatsoever in what I explaining to him...
his head is tilted toward the aquarium we keep in the office just to track this sort of thing
his leg is tapping like "the kid"needs a hit or a good screw..

if you have a preference we can work with you to ...
fine tune you to
any which way but loose...
but sex isn't all a Mandler wants...not always

"are you a punchy guy....? bar fights...? damaging property?
what some might call "acting out"
...
I see his foot tapping and see I'm losing him

while I set up the computer and the scanning equipment I
take advantage of his ADHD and talk
in such a way
that will help his mind be properly confounded enough
to give us a good
read...
so we're gonna put you on headset....
to get a Glean of how your mind and bod react to "the initial intrusion"
a mandler....one who rents you
SEES what you SEE ,HEARSwhat you HEAR...and best of all FEELS what YOU feel
Proxy Cyber ....works as your Buffer....sometimes
we do some tech work...concerning what we call Over Rides
we can make you SEE things and HEAR things..
not to control you but to direct you
focus your thoughts to
"the matter at hand"
some of the stuff we do with the "apps" is as they say "Keep the Lights On"
research and development
but the less said about that the better..."I say wanting to hold his jaw again....
he seems born to be bridled...
I cannot help but picture "the guy" with a dog collar round his neck...
YOU "GIVE OFF" A GOOD BIT OF ACTION-IE...
BUT THIS ISN'T  all ABOUT OUTTER APPEARANCES
IT'S ABOUT BEING ABLE TO GIVE YOUR LINK "KICKS"
running across alleys and roof tops....rough sex.....anything "heightened"..
SOMETIMES YOUR MANDLER WILL WANT YOU TO DO THINGS
YOUR MANDLER MIGHT HAVE ALWAYS WANTED TO DO
BUT CAN'T
SO BEFORE WE "APP" YOU FOR TETHER WE HAVE TO DO A NEURAL SCAN
DON'T WORRY IT'S JUST A HEAD SET..
FOR THE TESTING....
IF YOUR APPLICABLE
WE'LL SPIKE YOU UP WITH MERGE
CAN'T HAVE 'ONE OF OUR BOYS" SUCKIN AND HUFFIN' WITH NO
WEARBLES CAN WE?
I place the headset on his scalp....
THERE HOW DOES THAT FEEL...OR IS THE HEADSET TOO TIGHT ?
WE DON'T WANT ANY STRAY THINKING OF NEEDS..COMFORTS
THIRST HUNGER..
NOW BEFORE WE SET YOU UP WITH A BUYER...A MANDLER
WE TRAIN YOUR MIND TO THINK OUTWARD...NOT INWARD
BUT FOR NOW WE'RE JUST TRYING TO
FIND OUT AS TRUTHFULLY AS ONLY A BRAIN COMPUTER INTERFACE WILL ALLOW
IF YOU'RE PROXY MATERIAL
PLEASE DON'T LIE....AS 'IT'LL READ"
TRY TO CLEAR YOUR MIND...
OF INADVERTANT THOUGHTS ....FOR INSTANCE- WHAT TIME IS IT?...DID I LEAVE THE IRON ON? STUFF LIKE THAT,,BUT as I said this about
establishing how much ACTION you bring to another's sense ....perceptions etc
MAINLY WHAT OUR CLIENTS WANT IS  just Vicarious SEX AND DRUGS
BUT SOMETIMES THEY WANT YOU TO
DO SOME PETTY THIEVERY,BAROOM BRAWLING
action-ie stuff
STUFF THAT MIGHT CHANGE
THE SCENERY
GET YOU THROWN IN A JAIL ...JUST COUNTY
WE HAVE A DEAL WITH SOME OF THE..."BOYS"in blue
CONCERNING PROXY..
I place a headset on my head
and get inside Adrew and
instantly I feel 22 again....
I graph him ,I think to him "the company line"of do you or don't yous-
"DO YOU SWALLOW...
"CAN USE METH IN MODERATION...AND ONLY WHEN A MANDLER WANTS IT?
NOT YOU?"
WE CAN'T HAVE YOU LOOKING...MASHY...JUST TRASHY...
CAN YOU VISUALIZE YOURSELF IN OTHER FORMATS IF CUED?
BY THAT I MEAN CAN YOU SEE YOURSELF FOR INSTANCE SEEING YOUR SELF FUCK
FROM DIFFERENT ANGLES..
WE HAVE A PROGRAM THAT HELPS WITH STUFF LIKE THAT BUT IT DOESN'T REALLY WORK UNLESS
YOU REALLY JUST LET YOURSELF REALLY JUST
LET IMMERSIVE TAKE YOU OVER
YOU DID GOOD..I graph ,giving him a think "that he's Proxy material and can remove the headset
....
I hand him a glass stem and a plasticine bag
and light him up.....

"trippy " he says,handing me back the headset....making some gesture that "asks" if I want a hit
I do
but I have 3 or so more potential Prox to see this afternoon

"you Merge?" he asks
I tell him when I was younger
I did a lot of
"throw him in the slammer" work..for Merge....a lot of  scene setting parallax view shit ratios by the time I got into "the biz" I was  ...too old for "after school detention.classroom settings...though I've done some "Hey Coach...Locker Room" Neural Reads..
that with a little work I think you'd be great for.
------------------------------------------------------------------------------------------------------------------------
I show a client a photo of Andrew...and let him listen to the cadence of Andrew's initial read.
"Can I get him to kill people"The client asked
"Only if it's for fun...nothing done for revenge or profit .Nothing that can implicate...Proxy Cyber concerning motive...
for rather obvious reasons
we are discrete
and we pride ourselves in protecting our Proxy as well as the men and women who
Merge with them
His read indicated no violent tendencies..concerning killing...but I must say..He seems like a  flexible fella'...we just "app-ed " him ..
let me do some Augment Work and see if he has any special pathologies we can bring to the surface...."
I smile and close Andrew's file
"How many people do you want him to kill?"I cannot help but ask.Of course we've had our share of clients who desired such Vicarious and were satisfied with our services..."we do charge a little extra for activities that might place our Prox in harm's way...and there our also financial penalties if a Mandler gets too aggressive with their Mandling and drives their Proxy to suicide ...would you believe we lost 8 or our best guys in the last two weeks?"
Posted by vvvvv at 7:15 PM