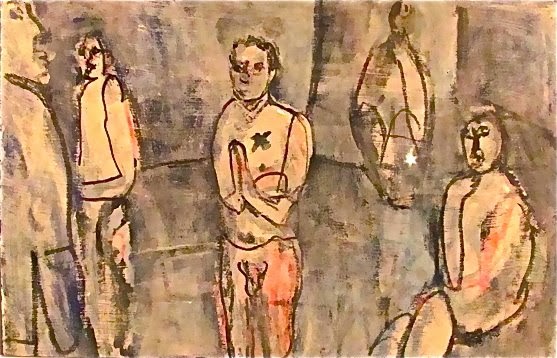 There has always been money in scaring people
Amusement Parks,books,films,Haunted House Tours
Virtual Reality,which mainly has been developed as a  " Hand's Off" way to pursue interrogation  and punitive action perhaps not surprisingly has become adapted in an Amusement
" Cyber tripping  is not just for torture but for fun!
. Many major tourist attractions across North America feature haunted houses and mazes that become increasingly scary as element of theater are added , people jump out of the shadow, holographic "there/ not there  schematics..
There is a short list of paying participants  who "go where most have not gone before""

A Tele Operator first decodes your own fears by using encoding equipment based or what is called a Neural Read... next your fears are  incorporated into both the theme,  imagery and "feel" of the "game

Yet there have been unseen problems redeveloping certain tactics  of Virtual Reality for a consumer .Often a consumer  gest so "into " the 5 Sense  Over Ride that they lose touch with the immediate world,for instance  forgetting that they can either click an "eject" button or  remove their visor and headgear if the simulation becomes  too frightening
.Changes have now been made to monitor not only the Client's brainwaves  but also their heart rate . and a spotter is provided to measure other bodily system during "the ride",

. The best way to describe the experience  is to draw a comparison to the 'Saw' movie series. but  in this case  the patron is  trapped in a  room or rooms  of someone else's mind ..the Synthesized Telepathy places the client very much in the hands of The Tele-Operator...who asks them via Interface  a series of  quid pro quo questions about their  "State oh Self" and orders the client  to reveal  revelations about themselves  in order to escape the virtual captivity.Many in both the Addiction Field and Psychiatry Field believe
virtual reality may cure and treat certain emotional issues in hours instead of years