Layla gets an E-mail

Layla Pace had written scores of letters to congressmen ,senators and members of the Justice Department. From several she received condolences for her son followed by statements that "They" were not allowed to disclose any information about either Synthetic Telepathy(Brain Computer Interface tests) or the "private sectors" who had retained contracts to help study and modify advanced technologies. Furthermore they had not heard of any clinic using
Mind Modulation in her "neck of the woods" although they would "check on it "as it was not unusual for people to take borrow or steal both processors and transmitting equipment 'for fun"..or to "play games with.."
Layla tried to imagine just who might use bioengineered Bio Sensors for "fun" and poured her self a large glass of wine..
and reread a handwritten letter from legislator against the use and further development of Neurotronic Weaponry or Neuro Modulation "Therapy"
the legislator wrote:
THEY have deliberately outsourced "the work" of testing this type of equipment to certain Affiliations and Groups THEY otherwise would have nothing to do with//specifically Hate Groups,Cults and Sects as the purpose of much testing was to simulate a genuine "war game" scenario that an "enemy" might interface to a captor..i can say no more
and fear I have said too much already...
-------------------------------------------------1-------------------------------------------------
Psychotronic  detainment
.and psychotronic testing  apparatus
are  invisible
undetectable
this  is
in fact one of their   benefits
in  the battle field
and here at home
The media adds to psychotronic  invisibility
by seldom reporting on it's dangers or current uses and
illegal testing on unsolicited US citizens
who have either been targeted for to  help"map the brain"
few people besides those involved in the illegal human tests know what this term means
mapping the brain is all about   learning  to standardize for control and profit more efficient ways to encode  brainwaves into sentences of individual
types
also of collected neural data from a cross referenced
mapping
to "help" augment or
re"training"thought process
with imprint. suggestion and mediation (being done under the guise of medical benefit and "crowd control")
the US has a long line of unethical medical experimentation under its belt
the Brain Initiative has long been underway..
the sugar coated version of "the wonderment of it all" is said to begin by the end of 2014
”
Respectable news agencies seldom  report on  Psychotronic or Neurotronic Direct Energy Weapons
because there are rather obvious uses for this technology for military purposes
nobody wants to be come
a target
not even a journalist
whom if I am correct took something of an oath
to report ,document and present
any type of wrong doing
(there are still some of these journalist around)
whether or not the Government wanted them to or not
I always believed that journalism was the real checks and balances of
"the system "
and what
The System chooses to do
especially concerning the laws of man
the press will not
or cannot
break the chain of command of silence regarding Illegal Human Testing
"the news"
therefore only finds itself in the murky water of  conspiracy theory
wedged in between UFO abductions and illuminati Pyramids press clips and everything in between
for some reason
the military makes people very afraid these days
this was not always the case/
the military's primary job is and was  to protect us
not scare us
previously
honored Officers and Generals
knew
how far one should go
and when must stop
.. in the end a good Officer seeks limited damage
and unlimited peace peace
in the past the military
was based not only on tactics but on the  ethics and decorum
of those who wore OUR colors
true leaders were chosen not by their "kill cards" but because
they
were inherently good natured ,fair and strong
somehow
a new set of rules were introduced
that anything goes..in times of war
there are no war crimes
there is no act against nature.

"... it was fun, fun, fun. Where else could a red-blooded American boy lie, kill, cheat, steal, rape and pillage with the sanction and bidding of the All-highest?"

George Hunter White, who oversaw drug experiments for the CIA as part of Operation Midnight Climax


Like a bear that stepped into a bear trap.is this 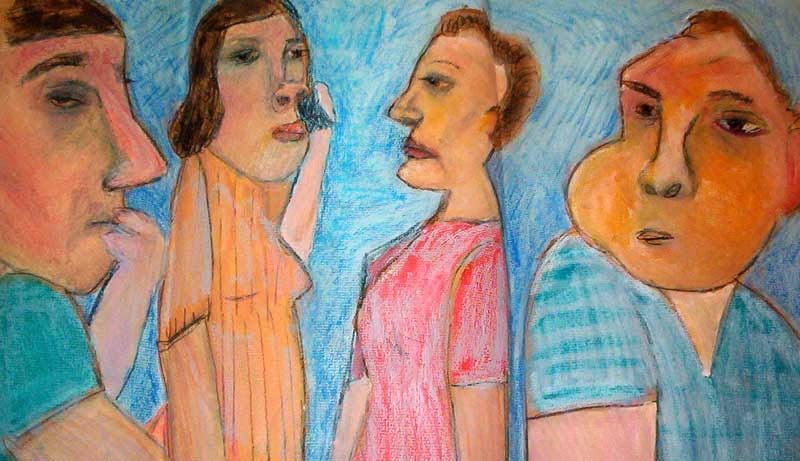 The bear cannot get the trap off his foot no matter how he tries
He shakes and paws.  At it
but it was specifically designed to keep him immobile
It was designed with intention of killing him.slowly
yet
there is hope
the bear trap is visible
Maybe a kind person might spot the bear
And remove the trap


someone must
if not from me
than the scores of other's "tagged" in this way
mind decoding equipment , silent sound
artificial intelligence,nano particles

To describe it
is to describe madness
Eventually one stops trying

Psychotronic and neuro tronic technology was not meant to be. I would not wish this upon my worst enemy
I am the somehow the enemy.
.they have read my scans and know this more than I do..I am not In a position to make the judgements they have said
my judgments about myself or them mean nothing..
there is a standard now of normal that I am not part of
my brain scan proves it beyond reasonable doubt
I do not know what this means
They Do
..I wake up with sound and vision not my own
I wake up knowing my thoughts are measured by mentors who are schooled to judge my thoughts


Their disgust towards me
I feel in the interface
And it has become my own.
My hate for the interface that bounces back and  forth and becomes self hatred
I see myself now
as they see me
There is shame in knowing I am thought sick
in curable
And less than human by" My Team"

I feel a perpetual sense of " wait till your father gets home"
Knowing my neural reads are read by others...
The sound and vision distract me
Envelope me
I cannot move on
I am entranced


In the future when this sort of detainment is known
..and considered kinder and less expensive than prison
people will not"give themselves a way,by writing of it..
they will be glad that it does not show
to say  they did this to me
is saying that they did it for good reason
the .science of scanning does not lie

there is no scarlet letter
that need go with presumptive predictive "Thought Policing"
it's all in the eyes and visage of "the naked face"
the transition to even more intrusive
technology
of mind scanning and brain wave "vocalization"
will be lauded as well as a way to protect us
there will be justification for
"going this far"
and the Mind Scan/The Mind Read will be as welcomed an innovation as the Mac Machine and the thousands of cameras that watch our every move...to keep us safe
Posted by vvvvv at 10:01 AM