the sound of blue / the making and breaking of adam parker

a Mind Picture
a picture
a strange sense
in his mind's eye
he did not want there
but it became his
a feeling came with this sense that this kind of thinking was strong.Not weak..
a feeling as if a drug of "YES" a drug of power and the feeling that came with WINNING
laid upon Adam
as if from nowhere
and the self kicking Adam did to the unwanted ,odd thought that  EMPATHY towards the child in the wheelchair
was WEAK THINKING


he would ask the building association

to look into
this child
this new addition
to the neighborhood

he would make something up if he had to ..
that the child screamed through the night

in Gary Rainy's" A Book of Promises and Demands""

procedures that should be taken 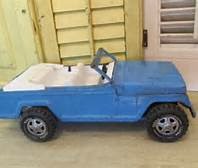 it was
as if
some amped
up
version of his Father 's consciousness had settled upon him like some invisible cloud.
The invisible
consciousness


remember his father wrecking every birthday every christmas and thanksgiving with his peculiar take on politics  and the world at large...his idiotic babblings that the poor people stayed poor because They Liked Poverty.That they the vermin of society  thought it was Fun to see people working and them getting money for sitting on their asses Laughing at ...his father told him that -people like that - didn't exist before FDR and fellow faggit JFK came along making America nothing but a charitable Foundation.

.Adam ,inevitably left the dinner table afraid he might say something..and start something

at his Dad's funeral
when asked to say something appropriate all Adam could come up with was "Dad was a man who believed firmly in his own beliefs.."
not a flicker of human kindness
could be segued into the introduction of Hymnals

the recent feeling
that his thoughts
seemed ?/were
not his own
was cemented
by his feeling
or lack there off
for the child in the wheelchair

maybe ,Adam Parker thought
he was burnt out..after all his livelihood depended upon empathy and study and interpretation of characters
and types
both inside and outside himself

But that was not it
IT was
something else

"ya think pretty boy,,,ya think?"  Tru Christie thought at Adam Parker...who was going to either "get with The New Way" or die
trying to define it