μνημονικός (drive by A.I.)/Wiener, N. (1954). The human use of human beings: Cybernetics and society


And I get to the bottom and I see you again 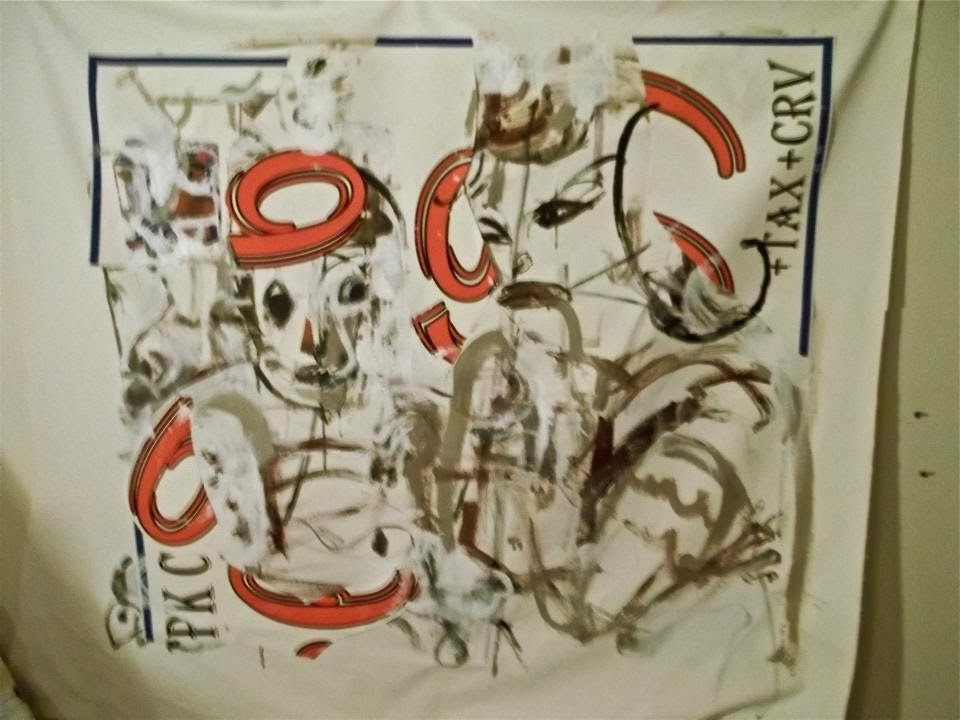 Will you, won't you want me to make you


I'm coming down fast but don't let me break you


Evan pipes
this morning into my
Incredible Shrinking Mind
oh Dumbo did you ever fuck up this time..
by fucking up he could mean many things
a lingering thought ..
a re-experienced memory
some bad mo-jo
going to and fro
during
this trial by Mnemonic
Psychotronic*

the song played in a loop..
images of swatstikas
over-ride my eyes

believe it or not I am used to it

EVAN interfaces
you think you are...

we never
ever gave you a real taste.

.In 1948, Norbert Wiener published his book Cybernetics in which he developed a theory of communication and control. He coins the term "cybernetics" to elaborate on the existing theory of the transmission of messages by incorporating his idea that people send messages within a system in effort to control their surrounding environment (Wiener, 1954, p.15). In his theory, he compares humans to machines to illustrate how human communication is no different from the way machines function when given an order to complete a task. This is to say that when a human sends a message, they are only aware that it has been received once the recipient replies, either verbally or non verbally. Additionally, he suggests that humans operate in a machine-like manner that is highly based on information processing and the constant desire to control our environment as well as the environment of those around us. In his article, Cybernetics In History, Wiener (1954) mentions his thesis from his previous publication on the Cybernetic theory:


And I get to the bottom and I see you again


Will you, won't you want me to make you


I'm coming down fast but don't let me break you


The basic function of communication, which Wiener defines in his theory as the processing of information, is to control the environment in which one lives. He explains, "information is a name for the content of what is exchanged with the outer world as we adjust to it, and make our adjustment felt upon it" (Wiener, 1954, p.16).
One way that a system can malfunction within an environment is with the increase of entropy. Wiener (1954) introduces the idea of entropy into his theory as the extent to which a system is disorganized (p. 20). In 1985 Proxy Cyber snatched a contract bid and proposed that they needed first of all to procure  an organism that lacked basic elements of organizational skills..a schizophrenic,for data collection and because only a schizophrenic "could cloak" the experience//Also "the right kind of schizophrenic" might be helped by A.I.testing ..and because of their essense of disorganization..this type might not be too opposed to mind augment procedures
that may very well help them ,perhaps for the first time in their lives develop an inner core
the entire point of devising this as an offensive or defensive operating overlay upon another's selfhood is to destroy another's inner monologue and integrated sense of "self"....by introducing a patterning of thought that is by definition split.,unwhole and organically  un-centered to any" true reality"(a schizophrenic, a psychotic)Once  a person is "tagged" with nano and presented with deranged arrangements of neural processing ...his mind becomes more and more  open to a "hive mind"  system as the victim becomes less and less capable of organizing his or herself.
The victim of such a" tagging" thusly must rely more and more upon a second operating system..to  think "straight" less and less of the victim's self is left,as he or she has spent months fighting the overlay..nobody can beat or win in an ongoing attack by Brain Computer Interface...inevitably the
tagged' becomes reliant of the system..as most if not all of he or she's inner ego has been all but  gutted (clear)"by the machine"   According to Joel de Rosney* (1997)a negative feedback loop  can  augment  anyone's mind to make sure ,at the very least,that  no  change can  takes place within a person who has been "taken"or "mentored "  by such the  system . Positive feedback does exactly the opposite  amplifying a man's will to  change himself AND his environment which can ultimately lead to the destruction of the  system


Landscaping putting in the koi pond .
....i was not allowed to look at "my Bettors"those who were above level 5
supposedly could
telepathically
hurt you
or make things happen..just by thought alone

that was the point to doing courseloads
and suffixes
i was there to pay off some of my debt
i was there to do work..
the rules were i could stay in one of the dorms...
on a cot...
or the floor..
do not make eye contact with anyone...everyone
there was at least 3 levels above me..
is was hard not to look at Evan
who walked around the grounds
like a prince..
the heir apparent to the
Neuronautics brand..
Tru Christie had already left the Org
to start his own "thang"
his own version of Neuronautics

that's all anyone seems to talk about

i can close my eyes but no close my ears..
notw
i cannot even close them without seeing.

who else but Neuronauts would know how to access another..
get inside someone's head..
the ***
knew they'd go for it...

they called it The Singularity
so it sounded
less.....
maniacal

Gary of course knew about "The Dots'
the particles..
the nano...

i didn't
if I knew what i know now...but what does that matter? once the dots are in you...they never come out..

the first thing i hear
this early  morning
EVAN says you wanna write about the Group like a Ruiner
we'll write
CULT
all over your fuckin mind DO YOU HEAR ME NOW DUMBO!

Will you, won't you want me to make you


*
A mnemonic  or mnemonic device, is any learning technique that aids information retention. Mnemonics aim to translate information into a form that the human brain can retain better than its original form.

Ancient Greeks and Romans distinguished between two types of memory: the 'natural' memory and the 'artificial' memory. The former is inborn, and is the one that everyone uses automatically and without thinking. The artificial memory in contrast has to be trained and developed through the learning and practicing of a variety of mnemonic techniques.
Mnemonic systems are special techniques or strategies consciously used to improve memory and intelligence.