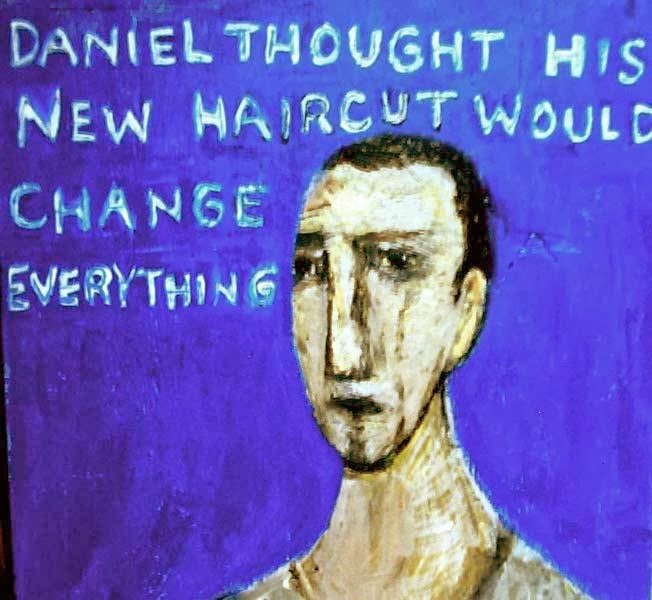 "TV was first demonstrated in 1929 by  one of it's invetors ,as there were many who wantesd to put THEIR sound and vision into your minds..Tv began becoming "the imaginary friend" in the house  beginning in the late 40's early 50's,There would be no need to listen to stories on the radio and conjure  MIND MOVES...the images ,the pictures were already for you

and they call Neuronautics a cult."Gary Rainy shouted from the stage
"at" to the audience who had come to his 'This! is Neuronautics" seminar ,right before he took a mallet  and broke the TV  into pieces ,the TV that was to become "the " set piece" and ANTICIPATED EVENT.." at all future seminars

Tru Christi,was watched the theatrics from the wings...it was his job ,at the time ,to  clean up the shards  of cathode and glass on the swept stage.

"The culture  of man ,"Gary boomed ,as soon as the audience,settled down"THE CULTURE OF MAN BEGAN SEVERAL THOUSANDS OF YEARS AGO BUT CEASED WHEN TELEVISION replaced IT,human Evolution Stopped .There is NO Culture after 1954 .Only an Imitation of Lifestyle ,Life Semsability garner from The Mass Media..

Gary would next bow his head sometimes weep. when he said

"..all I see before me,,"scanning the audience..
"when I look out at you is
TELEVISION.."

aTru Christie ,on cue brings him a ruby studded turban which Gary places on his head ..Gary places his fingers to his temples ,as if the turban allowed him to read minds

"Shhhh,,he says.."to the crowd,after a long pause..."I want to hear you  but All I hear in your minds is the racket of tv jingles ..all I see in your collective MIND's EYE are actors,
fakers "playing" people
Gary places his hands at his side,Tru Christie removes the turban
"I reckon.IF GOD EVISTS that too is ALL he Hears....

The TV has become Culture
The myths...the stories,the way people live,talk,dress
THINK
"i will never forget the day my son Evan told his mother to "sit on it"

The Fonz says "sit on it" why can't I say sit on it when I am anger Evan said after a spanking I assure you he still isn't over..
The phrase sit on it...implies go sit on somebody's phallus ..does it not.
as for "Up your nose with a rubber hose," gary would say shrugging the audience into
a more comfortable
ebb.

walking back to the center of the stage Gary continues,"Culture is what keeps the population
on the same key
Culture is what "standardizes" a group,a nation
since ancient times ,since the beginning of recoded history
Man has always sought "Theatre"
as  theater let people SEE themselves and their lot
away from the turmoil of
their interior thoughts.

was this a bad thing?
no but it certainly was not a THING that surrounded a society
into MIMIC

the stories ,myths and "how to Be's" were gathered from either experience or a spiritualist
or
SEER
in the community
an alderman.a saint

as I
given GOOD NEWS that
in OUR lifetimes

,Gary would say,kneeling..his hands folded as if in prayer

Gary stands up
and shakes himself off
jumping up and down shaking his head..
he encourages the audience to stands and jump
and shake
..they do
"Now wiggle your arms,don't son't stop...we gotta shake all that Tv out of you...all those jingles...all those images that aren't your...all those words and stories THAT aren't YOURS..."