(an eye for an eye ,a thought for a thought)

I do not write much
if anything
about my life ...I purposely have not once described the house I live in .the people I live with .the things I do on an average day


you dear reader cannot put me in any traditional context..
unless you too have been
"taken"
by a start up Cybernetic laboratory

all day and night long

it .
just goes with the territory
especially when one's own territory has been invaded
I am an experiment
I pissed off a few people
in my youth
who
thought it would teach me a lesson
to be re-taught
"How To Be"

the sound and vision I receive is technological in nature
but I may as well
be schizophrenic
if it makes this more
readable or comprehendible
dear reader please think of me as such
I can care less what you think
by the way
my only concern is what my
tele-Operators think of me.
because if I think against them beyond a certain threshold
they hurt me
or get other's in The Group to
mess with me


I am ahead of my time
but not so much
that
Proxy Cyber Systematics, my employer
who pay me with whispers of "sweet nothings" and visual over-rides of mystic majesty
was not very  concerned that
I will be believed
when I began writing
years ago
but now they seem not so sure

the writing helped them understand syntax and neuro linguistics..
now they say I am intentionally
trying to
help other start ups understand
Proxy Cyber Systematics
techniques of Mind Modulation
and in this regard
I am
breaking a trust..

they would like me warehoused.
hidden
the writing I do they now say is duplicitous
and strange
as if I am crying for help
Evan says the only help I will get is a 302 to the nearest spin bin if I continue..
I graph
that
"I will simply say I am writing a story'':
I have a cousin you see,,who hears voices....and ya see.doc..I am trying to think like he thinks or some such rot

I refuse to accept the terms
of this  co-opted "adventure"
for the terms keep changing as
more and more elements are engaged...understood and "advanced"
it is impossible to remove the "dots"
which are smaller than a white blood cell.
there is no x ray or body scan that can show evidence
EVAN has stated that only an autopsy and a sliver of brain culture and a proton microscope
will prove my case
and
that the Team will make sure
the Husk
(today they do not even call me Dumbo...I am referred to as "The Husk"? Is this cause for concern?)
and the bio sensors

over 300,000 of them
that work in consort with my neurons and dendrites
are never
discovered
the problem started when I began to read about Targeted Individuals and began seeing this as an abomination...previously I must admit it was fun being driven and steered and played with given over rides so detailed and so mind bending that one would get lost in the story...and care very little for common reality...it was like always being in a dream by dream weavers like a million times smarter than you.
.and than Dumbo fucked it up!Evan graphs thinking of himself as fuckin Anne Frank ,Michael Crichton  and fuckin Paul Revere. All rolled into one
yes
yes
I admit much of the sense of "play" went out of the Interfaces
when I latched on to the Horrible horribilities of Neurotronic Mind Fucks being done to innocent citizens


the way BCI works
is that not only one's thoughts but one's feelings
are sent to one's
Team
and all the bad thoughts I had against "the  teeny tiny bio sensors that made me OPEN MINDED to all kinds of visual and aural over rides " began
no longer was I
"proud" to be "apped"
but so much against it
I delved into the science of "how it works"
and Evan said it became impossible to create new games
as I was deconstructing
the Virtual Reality scenarios
rather than being Immersed in them..
do you have any idea how hard it became to drive you
to drive me what 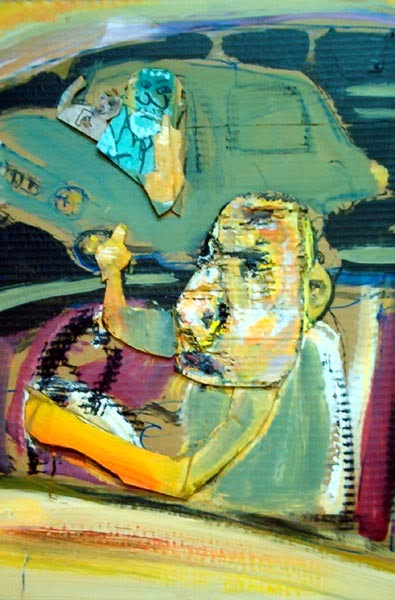 for the themes
that began
last spring
made it pretty damn CLEAR
this wasn't a joyride
they began using
myth ...
they began grazing my cortex for what might scare me in THE RIGHT direction
there was no forgiving them
as there
was no forgiving me
for being what THey Call
a RUINER
Posted by vvvvv at 7:17 AM