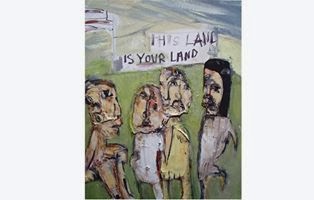 Gloria Naylor
Writer of “the Women of Brewster Place and “1996″

Gloria Naylor, famous writer of six novel, particularly “The Women of Brewster Place”, was interviewed by Greg Syzmanski, a radio show host, about organized stalking and electronic harassment. This proves that OS/EH exists and violation of human rights are perpetrated to innocent civilians.

Ms. Naylor, a native New Yorker graduated from Brooklyn College in 1981 and later, a Masters degree at Yale University. She received the Guggenheim Fellowship Award and the National Book Award in 1983 for her first novel, The Women Of Brewster Place. Brewster Place was turned into a television mini-series by Oprah Winfrey. She became TI(Targeted Individual) in 1996. Her experienced started with constant surveillance (being followed everywhere), organized harassment (wire-tapped, computer-tapped, noise campaign etc), and ultimately assault by electronic weaponry (hearing voices). Because Ms. Naylor was living comfortably, she managed to maintain her financial situation, unlike many other TI who were destroyed and became unemployed and homeless. However, she experienced depression which she sought help and was prescribed Haldol. Haldol is a typical antipsychotic drug and used in the treatment of schizophrenia and acute psychotic states/delirium.

In one of her petition letter, Ms. Naylor declared that this experience has denied her civil and human rights. She has studied this phenomenon and decided to do something by writing a novel, the result was “1996,” a fictional story related to what she is experiencing. In her interviews she declared: OS/EH will destroy your life including one’s earning potential but she emphasized: “They can destroy you mentally but they will never be able to destroy your soul and your human spirit.”
Posted by vvvvv at 6:20 PM