Mrs. Layla Pace read and re-read the article her son had written.
one of hundreds of published entries her deceased son had written directly online...
this one article in particular seemed to sum up Mrs.Pace's conclusion
that Denny's death was a homicide not a suicide

Layla crumbled the print out of  one of her son's blog entries in her hand ,throwing it, than retrieving it from the trash can outside the police station.
Mrs Pace was sure
she had made the cop's day
She could still hear the bunch of them laughing as
she walked out into the corridor toward the entrance.
Surely the cops had begun sharing her "story" with the law enforcers..

wiping her tears with the print out..
the only thing she had left of her son..
she walked to the car...
she could not get away fast enough  from that arrogant policeman and that small stuffy room where she filed her report 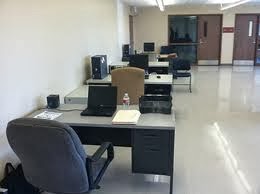 _"you say Mrs Pace that you allowed a company to place nano particles into your son's blood stream when he was 5 years old..."
"Yes."Layla Pace said to the policeman across from her," I had seen an ad about an investigational study that dealt with a New Way of treating and perhaps curing autism..."
The policeman ,looking over his previous jottings about the Denny Pace case said,"You mentioned to another officer that this company,this clinic you had visited when "things started going from bad to worse' but discovered that the clinic had been torn down...demolished...-"
"I know it sounds hard to believe..."Mrs Pace said
"O.K ...so this alleged clinic or company .."the policeman began..
Mrs Pace said,"They called it BioMedical Betterment Systems or BBS.."
"O.K,"the policeman said,"This B.S or whatever you call them,you say in- jected biosensors in Denny's arm,  and that the  purpose of said biosensors was to read Denny's mind...so that THEY could eventually modulate Denny's mind...you said "the sensors which could transmit your son's thoughts also your son  to receive  thoughts and words of -"
"Mentors,"Mrs Pace said,"They said they relied on an auditing system..than a mentoring system to augment basic Wrong Way thinking...and that Denny's Autism could be cured by methods that were Science-Ideology based you must have heard of Neuronautics officer...,"the officer nodded,"supposed the teachings of it's leader Gary Rainy were a ready made  for the technologies  of Mind Augment through Brain Computer Interface...I am quite sure that many if not all of Denny's mind to mind Mentors were Neuronauts,but than again I never heard nor saw what Denny did.."
the policeman looked at Mrs.Pace kindly but she noticed there was a strange smile lurking beneath his display of concern,"Mrs Pace..did it ever occur to you that your son simply killed himself BECAUSE he heard and saw things that you or i do not. Hearing voices and seeing things  it seems to me is a pretty damn good motivation for a suicide..."
"I told you officer ,"Mrs Pace said,"in the report that I myself took my son with my own eyes and ears  to a Bio Engineering Company that told me that the" apps" would cause Denny to see and hear a New Way..that that was part of the cure...as for the mind reading and Mind Imparting technology ...that was not meant to be so much intrusive- as therapeutic ..so the sounds ,,,and sights might correspond and thus alter Denny's way of perceiving the world...for instance if Denny was thinking a good or non aggressive thought he might see a gold star or shimmering rainbow.."
The policeman fumbled with his papers and looked at the clock but still Mrs Pace went on-
"Officer, I saw them inject the nano into Denny's arm.."
"By nano,Mrs Pace you mean computer chips..am i correct?"
the policeman said
"yes",Mrs Pace said,not happy with "the turn" the cop's tone had taken ..
"Do you Hear Voices and See Things Mrs Pace?"the cop asked
"No,of course not,"she said
"do YOU believe that someone placed computer chips in YOUR  own head Mrs Pace?"
Layla shook her head ,no
The policeman continued ,this time sternly'While I understand that you're upset about your son's suicide .."
"Homicide," Layla Pace said a bit too loudly,correcting the officer,who spoke over her -
"IT IS still illegal to file false criminal claims ..and if I may say so..ridiculous claims,...however ,i understand you are under alot of emotional stress...Might i suggest you see a grief couselor?"
"Might I suggest officer,"Mrs Pace said ,grabbing her things,"that you go fuck yourself.'