Other AA "friends" she had made the mistake of confiding in about "the truth about Denny's death  and the information ...that there was an awful lot of documentation on nano particles and mind encoding..and Human testing only made them suspect .
that she'd begun using again.
and
she heard an awful lot -
"oh...you can't believe the things some kooks put on the computer.."an ex sponsor said"eat meat .don't eat meat....vitamin A is good for you Vitamin A is bad for you..and as this targeted individuals nonsense ...someone is pulling your leg.."

Neuronautics
from what she gathered
was also a cult.

another GROUP that insisted it's members avoid People Places and Things that took them away from
Gary Rainy's New Way
"WHY ,"Layla wondered do a Group of People have so much Need to enforce their ideas on how to live or How to Be on others..who gives a shit...what others do think or feel so long as their thoughts are not directed at you? 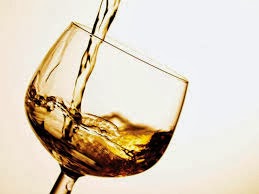 and the last synaptic pulse of wordless thinking
provoked a pre-neural firing
and a rush of enzymes  that lead to a lowered blood sugar around her frontal lobe
which in term triggered several dendratic explosions  in Layla's amygdala to evoke an Exponential Automatic Reactive
soon lead  Layla and her car
to  the parking lot behind what was once her  favorite" dive bar" the bar Layla used to
go to
to augment her "neural reads"...
(2)
Darlene was left off by the Van with 10 dollars in her pocket each morning in the "mid city" to  look for work ..so she "could maintain herself independently without "a man" nor government assistance...it was find a job or take mandatory "I'm Moving On and I"m Getting On"  Neuronautic's based Empowerment seminars from 10am to 3 pm 5 days a week...this amounted to 8 women gathered around a TV set watching Gary Rainy proclaim that a better world was in here.Not out there...as if the other "Shelter Girls' could subside on 'inner tenacity based upon another man's bright ideas....Darlene vouched for the more traditional if you don't get outside yourself and apply for a position no matter how fortified your "inner being"wasn 't  g o i n g  pay for a carton of milk..Darlene wondered .and hoped that a steady job might make the Voices and The Seeing STOP...after walking the streets for 2 hours Darlene looks at the ten dollar bill ,knowing she has about 3 hours before the Van comes to bring her back to the shelter  and decides,"If one is hearing Voices  and Seeing things and living in a filthy shelter one damn well deserves a drink now and than and enters the bar...

while nursing a gin and tonic Darlene admits to herself  that The Voices have gotten worse...the seeing as well..and worse,it was getting more and more difficult to "hide it" Darlene was becoming more aware that an affect of distance and a look and sense of being 'miles away" had all but taken over her previously out going personality...The Voices ,the sense of her mind being read and written upon was or already had begun destroying her sense of self..as if a parasite had landed on her soul and was slowly sucking it and thus her away...she looked down the bar...and saw a woman that reminded her of what she used to be...well dressed,self situated...restrained..but the woman also looked sad..

Layla drank the first rum and coke quickly ,the second slowly.Layla felt guilty drinking,knowing that the time she had built up being sober (7 years) was gone just like that .
But she also felt a type of peace she could never quite get without a substance of some kind.Wasn't that what substances were for?..to give someone a sense of Substance? to alter one's mind to the substance in themselves that they feel they have lost?Looking around the bar her eyes came across a woman who had the countenance and  outward /inward visage of her late son.Something "showed' on this woman's face -

Layla categorized the woman as a schizophrenic trying to drink her insanity away..
How sad,thought Layla .
getting up and leaving the bar...