why did EvaN explain to you
TO KEEP handwritten  NOTEBOOKS....? and not write anything directly online till after the holidays?

I don't know I graph

so I wouldn't have to be called in to go Direct Neural with doing xmas break...
so whatever you were being taught ...by BCI not DNI we could "discuss" after January 3rd..
but now here I am...cause Dumbo it seems 'got confused"that some THINGS are to be kept in the notebooks....and never go ONLINE

the only pen I had was red I explain

Yes dumbo..in more ways it seems than you think...
DO YOU THINK? dumbo...or must we always DO IT for you?..
for a man who wants their sponsorship to end....you seem dead set on presenting reason upon reason you must ALWAYS BE ON A STRING..
..wHY DO YOU THINK I TOLD YOU TO PRINT OUT THOSE PICTURES OF Ethel AND Julius rOSENBURG?AND BEGIN DOING SKETCHES OF THEM....OR AT LEAST A SERIES OF Warhol like ...prints of them?...{

The night of Cole's crime...Ethel and Julius went to bed early....
they held each other
not in comfort but in complicity

" To The Children of the Evolution!"Ethel whispered, kissing Julius..careful not to wake up RACHEL
Julius turned to face his wife ,a wife he would not have chosen-if he had a choice
But all those years before.
They both wanted in....wanted "it"
Julisus and Ethel Cohen even agreed to pretend they were Jewish.
To the world they were Ethel and Julius Cohen
but alone
together
on a winning night such as this
they forgot about their parts. and their scripts...
and were
once more Julius Cohen ,as played by Sherman Oberlon
and Ethel Cohen as played by Harriet Krulig

"It will be just like having a little concentration camp in your house ," the "phone man" the "electronics" expert technician  said rigging the nursery  with all sorts of cameras ,recorders  special quiet hidden projectors.*
Ethel found the technician base. Knowing that concentration camps were not a place to "get kicks"but get busy disposing of  vermin..
The technician ignored her body language and her "Glower and Glare" that won her the job as passive aggressive ,cold though smothering MOTHER in the piece Opposite Sherman as Julius -who would play "deer in the headlights ,hang wringing" FATHER all through ACTS one ,two and three
upon
the new born "king's" from the Jewish adoptive Services ...which had no idea what "service's "
THEY had planned for the yid.

"it worked is all that matters," Sherman said

*In 1903 Ives patented the parallax stereogram, the first "no glasses" autostereoscopic 3-D display technology. A compound image consisting of fine interlaced vertical slivers of a stereoscopic pair of images was seen in 3-D when viewed through a slightly separated fine grid of correctly spaced alternating opaque and transparent vertical lines, now known as a parallax barrier. The grid allowed each eye to see only the slivers of the image intended for it. Ives first exhibited such an image in 1901, at which time he stated that the basic concept had occurred to him about sixteen years earlier while working with line screens for the halftone process.

'if you haven't notice Dumbo...we'll say anything ..at any given time...
anyway
as I recall
doing the sketches
was just

--- one more thing DUMBO refused to do

...so we skipped "that part" ....thinking we might 'go back to it"....when Dumbo was Off- PiPe...and thus INLINE when ONLINE via Direct neural....as we have a sneaking suspsiscion even Idiot Boy,,,,mainly used the crack  in doses..only a moron would too make nobody 'on his team" -"talk" to him ...MIND TO MIND...as nobody wanted the residual effect of Dumbo giving himself Brain Signal damage....that seems to be permanent....even though Dumbo has what

13 days sober..
I see a head...and than a monument ..
and than a hang man noose and than just a loud zap somewhere in my ear...

when Evan asked you to print out the images of  The Rosenbergs....and than do drawing of the Rosenburgs...he didn't expect you to write on the  print out themselves of the photos 'evan told me to print out images of the rosenburgs and than..."Not save the printouts or JPEGS...which you were told not to....I know for sure...
and most of all NOT post them out of context..
out of the context they were interfaced..or instructions for you to 'do that wacko painting" shit you do with the images..with some subtleness you once had before ..we began making you fodder for a bit of Psychotronic Brain Salad Surgery...

think to me How an image of  benedict arnold FOR INSTANCE
IS A SAFER IMAGE THAN
for anyone 'to post.. than ethel and Julius rosenberg' be it....via traditional means ....and also via Direct neural interface
as
both Ethel and Julius Rosenberg AND Benedict Arnold ...
portray
the same
"idea'" of something...

WHY is it SAFER either ONLINE
or
especially via Direct Person to Person...Mind to Mind Interface -dumbo...to send a metal image of a Pharaoh or Napoleon than Adolph Hitler
to
Imbue in another
"a similar" idea ....of Tyranny and terror ...

"they're the same enough ...Dumbo," Tru yells ,,albeit...via bone conductive hearing..
now to undo ...
that image of The Rosenburgs . what inage might be placed in the post right here  to. Subdue the image below...

and next hear some deliberate static....

'they want you to put up a JPEG of Mussolini"

"he was the king of Italy right during WW2...right 'I graph

"yeah asshole he was the fucking king of fuckin Italy.." ,"well....we...go find a fuckin' JPEG of Mussolini,,

I do,though begin thinking about it,,,

and inadvertently....glean that the reason I was to post the image was for their sake ...not mind and the reason they wanted 'certain " notebooks in the safety deposit box they made me get was...to demonstrate  THAT on his own volition
HE
HIMSELF
felt
AND
believed were .....
good and true... 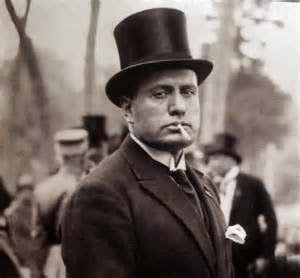 I can tell he's been drinking...I feel instantly 'The layover...,,,the overlay of Hangover' that he's slower than usual

"on my worst day Dumbo...even if I were in a coma...a vegetate state with less than one percet brain function I would not NOR could not BE slower than you