judah macabee and the 50 shades of red

Here's the Jist buddy when you joined ..let's call it "The Church of science -ideological beliefs"
when you snuck in like some Jimmy Olsen muckracker .....and began being Mentored ...first face to face and than "The New Way"with Merge....you made a fiscal deal with the Group whether...
you believed you were Judah Maccabee saving the world....or not ..a world by the way you  barely prospered in.... according to fiduciary investigators on our end of the "tether"
who very much want back what you owe us
for our services....that whether you believe it or not helped you ..not hindered you OR tortured you
the Direct Neural Interface was for your NOT OUR benefit and is
for clients of Organization that require
round the clock Mentorship so they do not regress...Tech that you were told was "off limits" to speak about let alone write stories about
"this church/ group" who have spent days,months,YEARS working with you
you have turned against"
-----------------for your basic nature is that of an UNRESOLVABLE .a RUINER.. Vermin types like you I now know without any doubts turn against anyone that attempts to advance the Up the Evolutionary Scale
we tried
to,if not cure you of autism------------------- but  at least find some method  to nonetheless
participate in a world outside this "world of Mind"
...that lets NOBODY in----

if some of the Methods we attempted to "shock" you out of yourself
were intense  this was only  because  you have spend decades
in some type of walking coma...
that required  harsh immersive techniques to attempt
to wake you up and out of this "state of being"

furthermore according to sources I have
IF WHAT YOU THINK is TRUE
I don't  suppose you were supposed  to write nor graph about being intentionally made
dichotomized
in temporal ,cognitive and emotional capacity

IF and only IF this
is or was indeed the case

Tru pauses waiting for some information

"were you" he graphs

"they were stories....all that stuff....from comic books or from  Tv shows" I graph

"Good Times" I think and an episode of "The Dukes of Hazzard....a two part episode ..I think"I graph back

"who put you up to this Dumbo?"Tru graphs,"i want to know details...names..."Tru Imparts."and whats this shit about your parents being actors raising you
on ritualize trauma?.....where did this information come from?"

"probably I saw it on tv also"I graph

"you saw your entire childhood being acting out based on associations,referentials and psychic driving on a tv show dumbo?"He Imparts

"...it might have been on an episode of "In search of..." remember  that show "In Search of...or maybe  "Starsky and Hutch.... a two part...episode .that was real,real complicated.."I graph

'don't fuck with me"Tru graphs back ..or fade way into..little stories ...cuz' now I think someone and not starsky andhutch put those wacko stories in your mind....."Tru graphs

"as ingrained in me .... as imbued ..I let my mind "give up and give in"
and return
to the room
I was placed in----- to watch slide shows for hours on end of table cloth patterns....carpet samples....for rewards of chocolate bars both with and without almonds

to talk back to the slides.via a microphone...  names for subtle colors  changes....presented in the slideshow 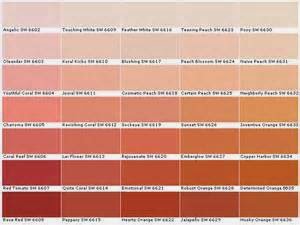 "so "YOUR JOB," Tru graphs real,real mean like," as a child
was you sitting in a room seeing slide shows of colors and  tablecloth pattern.."

",,,,and YOU,a child ....spent your days not in school but watching slides of various nearly indistinguishable colors and SOMEONE,your BOSS....when you were eight years old
was YOU making up names for these colors based on what I can testify is  the mind of genuine moron  deciding what  these colors should be named? for bars of chocolate..."