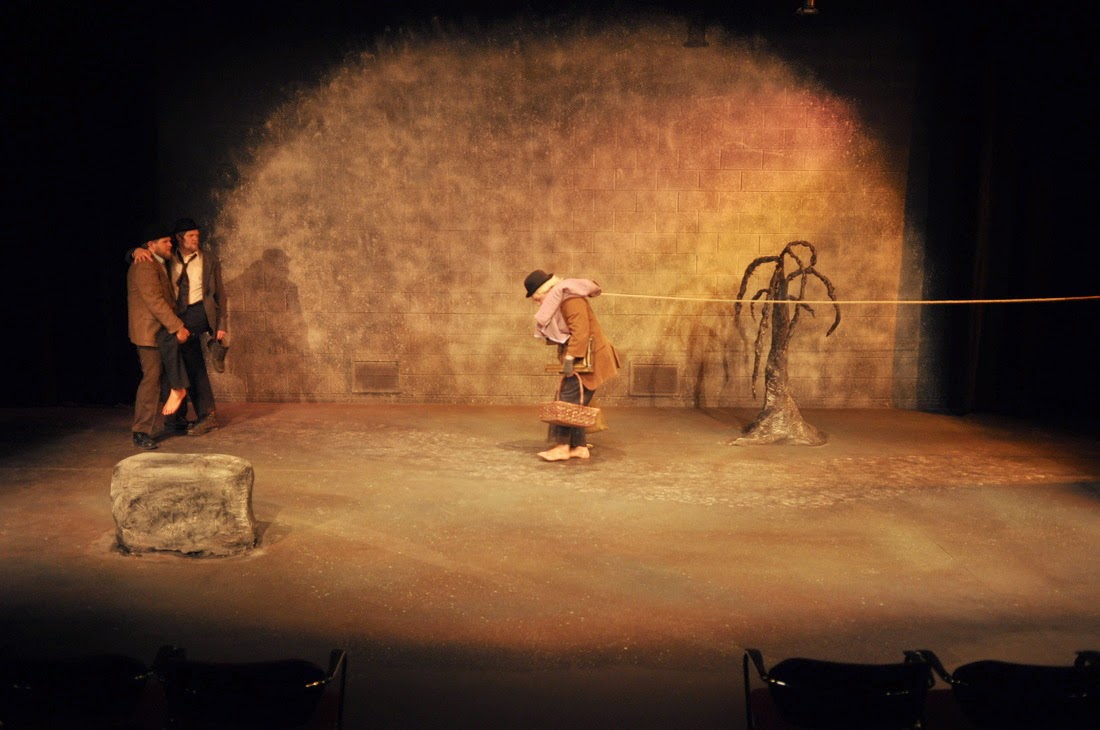 The stage for now is swept clean ...we see theater's "inner workings' it's pulleys, it's "trap doors'...as if to remind the audience that this play not only removes 'the forth wall' but from time to time 'a new sort of 5th wall" that 'goes' to some degree with a 'new type of 6th sense' concerning a 'new type of enslavement of man"..that has been in 'the making for years and years...".....Slowly the swept stage is transformed into 'some spin" on "Space Opera' ..WE ,AS AUDIENCE ARE NEVER QUITE SURE (NO SHOULD BE) IF THE space OPERA' IS only OCCURING  BETWEEN THE SPACE BETWEEN OUR MAIN CHARACTER'S EARS...
dUMBO
(to a man we assume by his Visage might be a psychiatrist)
But it is the same thing..when one has been
taken in this manner...when another can literally
alter one's sense of reality by artificially means and un seen wires...and what type of
man would LISTEN to what one who has rendered his mind THEIRS
has to say concerning his actions
DR
perhaps a man whose previous actions indicated he could use some type of intervention
or a man whose actions were found so questionable that the powers that be found him to be
worthy as a candidate for Scientific Research...or more likely this man is only having some type of break with reality...
Dumbo says nothing....and looks this way and that....as if confused "how he got to this "stage' to begin with
DR
Your line is..."yes..perhaps this is the case"(>)
Jan. 24     2002

A new format of biotech  may hold the key to efficient, complex, customizable nanochips within a decade.The new format of biotech involves  rendering of biosensors individually to work best in  specific  zones or 'grids' within  the brain. The previous conception of a nano bio assimilation  unfortunately entailed a lot of signal crosstalk and interference (due mainly to the incredibly tiny distances between the sensors ). The new patent's process is to form the zones by creating “insulators” on the biochips*; the insulators themselves are all  chemically different  in capacity corresponding to voltage differences with the targeted neurons(different areas of the brain produce different signal frequencies.(.i.e taste,touch,smell,sight,sound)