Evan explains to me...
it might be a good Idea to type in the number 2...than a zero than another 2 than how about a 5
meaning what Dumbo
I am still half asleep and just typing robotically

"I don't know,'" I graph...wondering why I was woken up to just type in numbers ...a begin folding the computer in half

>;maybe you shoulda thought about that last night...they were doing tech work on you...tones .levels...harmonics on this end...physiological stud regarding turning neural pathways on and off...MOOD,EMOTION etc...but notice no RAGE thresholds...at least give us that...and give yourself ....the 20 .25...and maybe just to be safe a little JPEG of Saturn or Juniper or something...so anyone reading KNOWS without a doubt THIS is not really happening and just a quite disturbed man's way of trying to metaphorically DO his OWN techwork...on his Neuralities...'

"ya know Evan? why don't just hack into my...the blog from a different location and write it yourself...huh?...

"we do from time to time...just to misspell words...add enough confusing sytax to stop anyone from getting too involved...why do you think we ask you never to reread what you've written..."Eva imparts. happily,his Visage the Great Gazoo..."

"well ,if you do that why not write the entire thing...,dick,," I graph back

"Ooooooh but than it wouldn't have that Dumbo jist we all know and hate so much...and helps the story actually read as quite a very good impetus to literally begin a campaign to "app" other wackos like yourself ...so in time with a few social changes introduced ever so daintily into the populace that this type of TruGenic ,as you call it ,return to a less 'broadminded"style of acceptance concerning degenerate thought style might be spun "

evan must know from my brain signals I am too tired,,,somehow too "on pause"...to really process anything he's interfacing

'Your processing skills...or lack there off...we feel are "getting a bit in our way"...you lack good judgement..as demonstrated last night concerning not only continuity of story but also the continuity or for lack of a better word "format of self" that I suppose might be called Patriotism..or what some call Collectivism...which is why certain hormone  and adrenalin levels were being "redefined" and isolated..and must be in the next few days..'

"to keep you alive Dumbo...and to show some of our investors what alterations can done with Merge to even a that side show you call your Beinghood...it's sooo 1974 Creepy Dumbo...just as what we needed to begin with...everything is right on schedule give or take a few hours...what we need is 1994 Creepy..but with just a touch of that Anne Rice "Rites of Orgin" Spooky business from you...an Eddie Munster "look" with just a dash on Natural Born Killers Oliver Stone style "ya got Trouble right here in River City" twinkle in your eyes to appeal to those raised on Twilight and Harry Potter might go for...in 2025...or at least enough of it ...that we can access enough of that vibe to overlay upon Adam Parker...it's all been worked out quite in advance..." 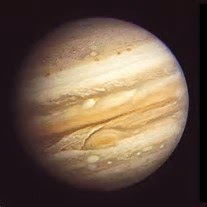