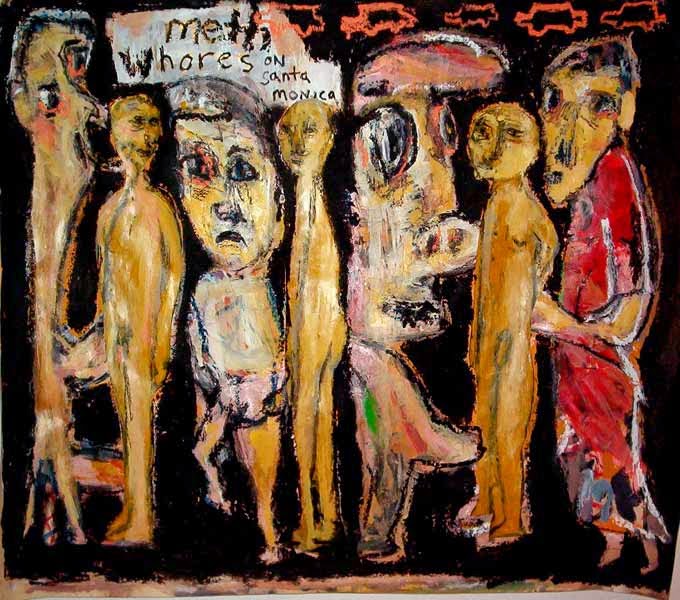 my mother..or more correctly the woman "playing the part" of mum  was now in Mississippi some version of the Church of Restoration-
her latest flame buying up real estate ,asking the flock to build or rebuild the own houses ..and charging them for "the classes he was giving them in masonry"  and "how to "do" construction work"
The Leader of this franchise,branch-ise
according "to mom"
would
next charge his wards  2 times the value of the houses they themselves built  for" the Cause"..it was now  a thriving development ...I wasn't allowed there.
because I was a deviant faggot
according to "ma"
when I visited Mississippi I had to meet "my mother " outside a Pigly Wigly
she wore a face mask and gloves which made it difficult to talk
her Boyfriend,The Leader of this Causeless cause- said I might have a disease..and I had to keep 3 ft from her at all times ..as he  didn't want her to become gay  or get any homo like tendencies..

she never knew who was watching.
it was -part of the
"family biz'keeping watch...

my mother lived off the grid
and
in fear of various bench warrants in 20 some states
her offenses "kept her non suspect'
in the eyes of whatever "tribe" she
let herself be taken in by..
she was a pro
as she could pretend she was pro this or pro that
whatever
was necessary.

including the swastika
on her wrist.

"oh jesus," I had said when she got it several years ago."what would rabbi say?"
"he said I should also get one on my calf idiot"she told me,"to make "it" more authentic"


she told me that Jesus had said on the mount


"The ultimate ideal sought is a perfect society constituted of perfect individuals.and the spark one feels getting rid of those that might diminish it

She told me to Hush
I didn't have to be told  as even before I played my part I knew
one never knew who was listening
especially in her line/my line....
of lineage

she finished the conversation stating that " Faggots like Yids  cover up for their physical athletic ineptitudes with bookwormy didactics and maybe if I "Played Ball" I might
get into the game....
she pushed some numbers on the phone....
I met her the next tues day
as the beep beep
/beep
beep indicated
behind the grocery store


she took off her face mask...once convinced I supposed no eyes were on us and kissed me...
she opened up her pocketbook and gave me some files and falsified contracting and licensing photocopies..she wanted to Move ON to a nice little suburb  some Prophet  named Tim had built  Wyoming.and said My 3rd stepfather  had moved to LA to "get ahead" in the Org..he always liked you
LA is nice this time of year lots of cute guys...but never forget
they like "gay for Pay" and ixnay on the jewbay
she gave me money
and told me where to stay
"they like scrubby..not druggy...let me look at your eyes."

,you'll sleep on the couch,take some classes..if they ask he's 'some John'

they pick up male whores  from the Blvd.....ask them to sell tracts...
convince the "kids" they're gonna save them

from her bottomless pocketbook she removed a construction blueprint...but up close it looked like it had more to do with wiring and electronics..she smacked my hand...grabbed the paper back and told me to keep it in my sock..We're curious .What THEY will do with itV2K - voice to skull device - is a weapon use for transmitting voices with low or high frequencies. Voices can be for commands or harassment these attacks that may mimic the  Target Individuals (TI)'s  own voice. V2K can also use to induce or manipulate dreams and  to deprived a  TI sleep.


the annex.....was freshly carpeted.
Evan said he couldn't take the smell...
and besides
there was a new "thing" that
'like a millions billions times' more accurate than the Pinky Ring
or the "See meter"
he said," this bad boy
can
like
literally read your  mind..."
on the ride over to the Neuronautics Culver City Annex Evan and I smoked some crack-
"so we'll both be ..like Simpatico
for the
Interface -"

Never one to turn down an excuse to partake-
crazy talk or not-
I simpatico-ed with Evan in the car.
and Evan says  ,"and
there's this shit   called nano...

..bio
tech* ..it's
little tiny undetectable shit...that helps joiners
experience "The True G-d"
until they learn to
find the Emanations
without it..
like training wheels for the brain...
attaches itself to your actual neurons..
like jizm on jockey shorts
and literally your
mind becomes  a tv set,a radio and projection system all at once..

".  Information is processed by the brain in the form of electro-chemical interactions. That is, every perception you have sends electrical signals to the brain that are routed to specific areas that deal with them. The neuron has a long strand called an axon, along this axon propagates an electrical charge. With a resting potential of -70mV an action potential moves along the axon, in a millisecond, elevating it to a voltage of +30mV which drops off over a few milliseconds. This makes an action potential a form of alternating current with an almost triangular waveform. As such, this produces a very weak form of modulated electromagnetic radiation or radio source. A neuron is a type of transducer. Whenever you have a thought, feeling, speak or our heart beats, tiny little radio emissions are being made by the brain that emanate into free space,the signals can be used to differentiate between different roles of many neural functions(perception,emotion and cognition)
Without amplification that bio nanotechnology induces once the product has entered the nervous system and bypassed the Blood Brain Barrier the human  brain emits radio waves at a power level greater than 0.0000000000000001 Watts.The sensitivity of our deep-space tracking antennas located around the world is truly amazing. The antennas must capture  information from a signal so weak that the power striking the antenna is only 10 exponent -16 watts (1 part in 10 quadrillion). A modern-day electronic digital watch operates at a power level 20 billion times greater than this..