I have to keep reminding myself.
that...I
am the Good Guy.
not THEM....but there is very little "I"in me..
for what "I' am
is what THEY ....deliberately and quite diabolically made me.
I am a Child of the Damned you see... I am not the only one(they pick us off you see..those that do not respect the many ,many technicalities that went into raising children
as Human Experiments..
supposedly I should be sophisticated enough to find the Progressive nature of my "beinghood"
a marvel....
and most of be Loyal to my makers in way I cannot be

I like many,too many was
was A child ONLY born to be used as "a Living Organism"
for science
Those that raised me were "in the church" an odd sort of church that only believed in Science
My family believed in" Neuronautics" as many did ...in the 1960's
and held true to founder of this "sect"s teachings
that insisted that a child of "the church"be raised BY the church
which did not believe in the "usual sentiments' 2 unit parental "team"
might "figure" upon a baby..
The children of Neuronautics were first and foremost not be  " thought of" as quite human

but more of a Sociological test concerning many  "theories"about Human Engineering
allowances were therefore made..well beyond the 'church"
as quite a few were also interested...and had interests in Futures

WE were only to be Vessels
and our fine leader believed that Laws both governmental and "as written by primitive ,un- evolved
"fools"
were not only "infantile and meant to Limit man's innate "psychic"abilities
but "deliberated glass ceilings " purposely made to inhibit a child's capacities to 'Reach" beyond
common place Realities...
Heaven only knows if Our dear Leader believed a word that came out of his mouth or typewriter
but his bizarre ,incoherent treaties
at the very least shielded
"The New Way"
from over speculation by "outsiders"
nothing keeps "investigation" out of a person's affairs better than a "that person of interest" presenting himself
as the most transparent version of garden variety Nutcase
Nobody knew better than Gary Rainy how to present his "small collective"and himself
as such flim flam
that any reporter or detective would be reticent to attempt to expose
what was so obviously
obvious
.......why bother exposing an eccentric charlatan whose "main function" was to
present himself ...as
such 'an easy read'-that there "was no story"
nothing hides a "good book" better than an awful dustjacket


Ritual was purposely "staged"by my Tribal Family ,who KNEW it was un-natural for a child to be raised by only "a pair"
The group considered any "take" on a nuclear family to be
the downfall of civilization...a great lie smite upon the population to limit
intuition and the capacity of His Children
to become
a Harvest of a New Breed of Man
Ritual was purposely staged ( I was to discover) at the very moment in fact of "His brood's "conception...to attempt to both and  disqualify any aspect  of
"the feigned Goodness" or what he considered the folklore of "soul" that was not EARNED
Gary rainy did not just believe but "he knew" that "GOODNESS" was that was the antithesis of mankinds' Primal Nature....
Ritual was preformed at a "vessel's conception and birth
for the sake of any misgivings or lingering superstions...a birth parent might STILL have concerning
bearing children ONLY to be used "for science"
Most (I have discovered) who participated in
"the movement"whose primary focus was having children and raising these children
on associations,referentials and cues were supposedly cither coercered or enticed with financial gain
into participating in this exciting Human Experiment in Human Engineering

do not for a moment conjure up visions of dilapidated VW buses
nor day glow painted barns
as the "essence" of Neuronautics was "Mathematical" and not at all about  " free-form life- 'style"
quite the opposite...in fact
was Neuronautics.

shirts and ties
form fitting skirts and blazers for both men and women
short cropped hair , no facial hair for the men
no barefeet nor flowers in one's hair for the women except when
"called for"to deliberately NOT 'keep up appearances"

The "team" of experts from the most lofty universities proposed methods
that would act to Symbolically be performed to  "de-sanctify the children "born to be had" by deliberately turning toward ancient practices of paganism and variances of witchcraft
as to reduce the " instilled,fostered fears"  that "perhaps" a newborn DID in fact have-a Soul
no matter the purpose
of his "Beingship" for Science.
The experts ,perhaps rightly assumed reticence and guilt
might have to be reckoned with concerning the
"acts" and activities already  pre-scripted and prescribed to help Imprint a child toward uniform, Standardized Reference Points...meant to act as road maps , equation and exponentials evoked
for the assumed technologies that
various experts in the fields of  Computer  and Biological science
predicted would be possible
renditions by 1995 concerning Direct Neural Interface...and thus Group Think /Hive Mind
One-ness of "Beinghood"
experts in the field of developmental childhood "crafting....realized that ONLY induced trauma...could cause a child mind to be "challenged " enough
to necessitate  schisms of one's cognitions,perceptions and emotions and thus  the forced need of a psyche to mold itself not only toward (and more importantly AWAY) from their present reality
toward  "FLIGHTS OF FANCY"..OR in layman's terms  a type of "divine mADNESS "that "hopefully' would demand a child to
FLEE from his own body"toward a true psychic attenuation"
(while "the church did not believe in G-d per se...they believed in Emanations....Energy that does not disintegrate after one's physical body
exhausts itself)
If
the human subjects (the children) went Mad from induced traumatic "events"  than the child was presumed to not be  of stock  Fit enough to thrive in" two worlds"
..and thus would not be able to
adjust in the decades to come to Merge Technology.
.and  adjust their brain signals to One Way "group think" Consciousness. 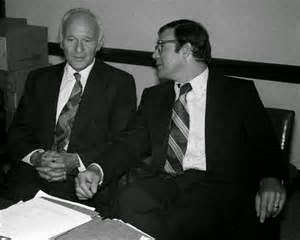