Cole,a writer for a local magazine
decided to move west and join the same group as his friend
to find out
both what had so enticed his member to give up everything to be "with them"
and subsequently lost everything ,including his life
when he "turned"
against THEM


the "religion/ movement" had been chosen I was to discover
to test various aspects of apparatus and advanced technologies that mimicked
the founder, Gary Rainy's Belief Systems in
ESP,Communion with unseen Entity and Telepathy
Cole Cohen-"Memos from Limbo"

my finances were low I stilled owed the Group money for my Level 4 studies...on the way back to the hotel where we stayed 6 in a room a man in a Buzz Lightyear costume in front of Grauman's Chinese Theater followed me down an entire block imitating my pace and gait like a mime  .At the intersection I approached wanting very much to get away from the costumed man  he whispered in my ear ,"You're
gonna
need
an ocean
of calamine lotion"
and touched my fore arm with his gloved hand
I felt some thing "lotion-y"
but thought nothing of it so glad was I that "Buzz" had begun walking the opposite direction
Lately it occurs to me that maybe this organization has been used as much as I have so "more legitimized"
"Office of Internal Intent "could steal their methods to use with the "techno"..perhaps it was only natural that a Movement founded upon the principles of Metered, Measured Pseudo Scientific "brain study" would be the "Org" chosen to  do experiments with
this whacked form of wireless communications
Gary Rainy wrote tirelessly of his real or imagined experiences "going telepathic" with some Entity 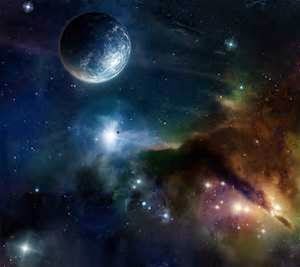 There was an "inner child" type of Cloak and Dagger One Upsmanship to Neuronautics that often seemed the very point of "the Org's" existence .Their "Military Drag"and comportment of "chain of command "was so very much like the type of role play a child might enjoy playing Cowboys and Indians. Their "Gang "mentality taken right out of some half baked  1950's one reel about juvenile delinquents wanting to "own" the turf and "malt shops" in and around Hollywood and North Hollywood.And again a 1950's old school hatred of
Jews
Homosexuals
Intellectuals and also"Squares "too "unknowing" to 'get the scene "
Images of "Our " leader hung as "icon" like Krishna Elephants in every nook and cranny of the tight "open spaces "of the Annexes and Palaces of Procedural Paperwork .A Pentecostal -like allegiance to a man whose only allegiance was to his own ego .
(2)

an itching in his palm woke Cole but before he could scratch it ,sooth it..
Cole heard a man's voice say,"Don't scratch it."
- a man sitting in a fold out chair the man had had placed diagonal to Cole's bed,as if to watch him sleep.

"who are you.How'd you get in here?"Cole said to the intruder wearing sunglasses ,a dark blue shirt and a black tie.

the intruder shook his head,"You had better train thy brain AND your "Vocalities" concerning Thy Inner Monologue to steer away from verbalizations one should intuitively realize another has heard many times before.There is nothing more tedious to a Proxy's owner than  predictive response..verbalized, visualized or otherwise..."

Cole looked at his palm,red and rippled and recalled the man dressed as Buzz Lightyear singing/saying
"you're gonna need an ocean...of calamine lotion..."

The man across from him yawned and looked at his watch...next  leaning  back in the chair placing his hands behind his head.spreading his legs in a manner that seemed to purposely to negate his "dress shirt and tie"get up...

'don't worry Cole.It's not the Merge...it's the probably the  DMSO  and some other biological shit that helps the nano soak into your bloodstream ...You came to LA and joined Neuronautics to find out why your buddy killed himself right Shakespeare? So we figured we'd "Hook you Up" to help ya' you  better appreciate the subject ," the man said pointing at Cole,"quite literally .At hand."

"Hook me up to what?"Cole ,feeling absurd,sitting up...wondering if he should get up from the bed....to somehow be in a more
standing "stand off" position..

"Hooking you Up," the man said stretching his arms theatrically as wide as they could go,"To the Emanations......A Higher Power, if you will ...A Higher Entity.."Leaning forward,the man made a move to take off his sunglasses but next just slicked back his hair..,"as with things Shakespeare Supra-nat-Ur-al in Orgin and Structure......in order to "get along with" such a Service Provider One must attempt to RETHINK what NATURAL is"
Lest' ONE be consumed by such Tether....Think of Merge and your New Imbue as your "new normal".Your New Natural."the man said ,getting up from the chair ,smiling,"I'm just kidding Cole...
You can scratch it all you want ."

And ,with that,He was gone.