it'll work even better if we kill your character OFF

"There is growing evidence that LSD gurus Timothy Leary and Ken Kesey were both used by certain agencies to usher in "The Age of Aquarius" Few who are requisitioned by certain agencies have much of choice but to participate, as threats to friends and family are often more "productive "than threats of bodily injury to self. Most "perps" in the Targeted Individual "community" have as little choice but to "play their role" as "operators" as those they Intrude upon.The Leary personality test was developed for the *** by Dr. Timothy Leary years before he became famous for being the "ACID GURU" The title of ONE version of Leary's Ph.D. dissertation was, "The Social Dimensions of Personality: Group Structure and Persuasion." .Allegedly "authors Ken Kesey,Ira Levin and Phillip K. Dick also were enticed to produce "works" to "sway" the general public with the assist of Dr Sidney Gottlieb .Many actors and also many of the Self Help Gurus these actors turned to for Self Improvement were also used by the *** to achieve certain goals involving "Provoked Social Change" and the "myth" that is diseminated by Rado,TV and Film . According to Social Scientists instigated social changes need "myth" to place "aspects of shifting collective consciousness" into Referential context that in time becomes Self Referential in association...."


dontch' see
it'll work even better
if we kill your character off...

that my little buddy is what's taking place here..
why you think we picked a LOW FUNCTIONING AUTISTIC
to 'play"

People with autism have said that the world, to them,-is a mass of people, places and events which do not "add up" and they struggle to make sense of, and which can cause them considerable anxiety. This anxiety translates to building in them a strange sort of empathy ,especially for people who seem to also have a difficult time "in the world"and gives the autistic a rather odd sense of justice...and a considerable inner turmoil if he or she feels "something is amiss. Or morally or ethically wrong"

but YO DumbO! nobody gives a good flying fuck about your moral compass..
as the traits of -People with autism have said that the world, to them,-is a mass of people, places and events which do not "add up
sounds MORE to Me
Baby Mine...like a Sociopath...

a RUINER!of things HE is too DUMB! to understand...
supposedly Andrew Cunanan was an autistic...
too...
don't you ever forget that when you think YOU can PULL out NOW
for HOW MANY DAYS...HOW MANY MONTHS...HOW
MANY YEARS !
did you LISTEN ...and SEE....and DIG IT!
and now some MORAL CONSCIOUS appears?

From WHERE DUMBO?
cause I am teaching you to have one....
to "others in your immediate situationals"
NOT
"situations out of your control"
which you MUST be out of your fuckin' mind to write about

stick with the script provided you
stay on page
and MAYBE just maybe....
we can GET BACK to "The Blob" 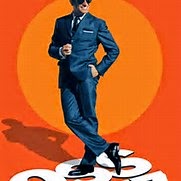 since THIS is ABOUT making GAMING VISAGES...so a CONSUMER not a PROXY! can GET to FEEL like he or she IS the Character
COMPLETE WITH CORRESPONDING brain signal COMPOSED OF THE
SENSES A PERSON "ON THE LAMB"
OR "COVERING THE WATERFRONT" AS THEY SAY
MIGHT FEEL
of course WE GOTTA SCARE THE LIVING SHIT OUT OF YOU
TO ATTAIN SOMETHING JUST A TAD MORE EXCITING
THAN dumbo OPENS AN ENVELOPE IDIOT
SOMETHING MORE THAN
joe 90 snorts crank in gay bar ....or goes to fuckin' Pier One

please don't GET LIKE so many OTHER
Proxy
may they rest in peace
for their LACK of gamesmanship in this Existenz
who Gots a' bit confused....on their 'way...to Bimbombay...
Posted by vvvvv at 4:07 PM