United States v. Paramount Pictures, Inc., 334 US 131 (1948) (also known as the Hollywood Antitrust Case of 1948, theParamount Case, the Paramount Decision or the Paramount Decree) was a landmark United States Supreme Court antitrust case that decided the fate of movie studios owning their own theaters and holding exclusivity rights on which theaters would show their films. It would also change the way Hollywood movies were produced, distributed, and exhibited. The Court held in this case that the existing distribution scheme was in violation of the antitrust laws of the United States, which prohibit certain exclusive dealing arrangements.The legal issues originated in the silent era, when the Federal Trade Commission began investigating film companies for potential violations under the Sherman Antitrust Act of 1890.
The major film studios owned the theaters the studios created the films, had the writers, directors, producers and actors on staff ("under contract" as it was called), owned the film processing and laboratories, created the prints and distributed them through the theaters that they owned: In other words, the studios were vertically integrated, creating a de facto oligopoly.
\ 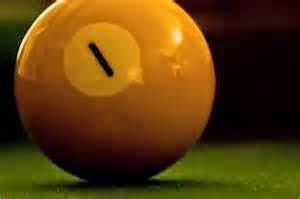 Ultimately, this issue of the studios' unfair trade practices would be the reason behind all the major movie studios being sued in 1938 by the U.S. Department of Justice

Most antitrust laws concerning motion picture studios and television studios were "worked around by the media industry selling it's offerings to larger and larger corporations that were in no way "connected" to the media ,at least in name....therefore all bets were off concerning any written laws concerning monopolizing what was broadcast through either the airways or film projectors or radio...Paving the way for the Artificial Intelligence Industry to follow suit...without "getting sued" by the FTC ,FCC or any other agency that had ONCE governed how the dispersal of information would NEVER be "in the hands of one "Entity"...The acquisition of DeepMind Artificial Intelligence Corp by a corporation that has already all but consumed  the Collective Mind...is a means for both concern and possible litigation...for the notion of only ONE format of Artificial intelligence System Provider is akin to allowing there to be only version "of G-d"...Start Up companies in the A.I. and Brain Computer Interface (bio/electronics) and Virtual Reality sector have little or no chance to create algorithms nor programs for alternative views concerning Collective Consciousness that has already been developed to literally enter public's mind and 5 senses directly...(name with held upon request)
Posted by vvvvv at 8:06 AM