"IT'S treason OR demons,make up your mind"

first and foremost Dummy you were told NOT to write about Psychotronic Torture!...the Threshold stuff we do on you -not all the time- but every now and than...why? WHY-cuz' NOBODY gets a fuckin' free lunch THAT'S WHY!...also as we explained to you NICELY! whatever Threshold Tests "might or might be done to you....every now and than" are outsourced to foreign countries.Proxy Cyber is NOT ALLOWED to do any "hands Off" technique-ing with Advance Tech ...transmit nor receive from any apparatus suited for such Inducements ANYWHERE within 70 miles of the United States...and discussion of such Business.and big business it is....which may or just May Not help finance some of "the fun stuff" we do with you....that YOU seem to forget about at your convenience...writing about certain things such as this "make US look bad...and if I keep insinuating I am being tortured and not HELPED or enhanced with Advance Technologies...than "the powers that seize" will have no other option but to "Pump Up the Volume and Visuals imbue" concerning certain aspects of our R and D...also your implications that we are torturing you with Merge is 'kinda' a turn off " to those in the scientific community BOTH here and abroad...who Finance this and other similar Projects...AND if I continue "screaming" about "it" in your own sneaky way ONLINE...than I you are essentially begging to be tortured...."

"uh ,"I graph," Even under the New Laws that removed "All Laws concerning Human Rights" in 2001 and 2002 ..A TORTURE victim has a right I believe to scream all he or she wants too..I believe it's kinda' a physiological response....maybe the only genuine response I have left...."

"If you continue writing about being "app-ed" little buddy   and that "yes of course"...EVERY NOW AND THAN the "apps" are indeed used for certain "Enactments" than you can be HELD indefinitely for Treason.And mister KNOW IT ALL Treason is one of the most serious crimes on the books...People GO to the Electric Chair for Treason..."

"Man,you made my fuckin' head an electric chair...and how you gonna bring me UP on these TREASON charges! when supposedly ! this technology DOESN'T even EXIST!"

"so what do I care,' I graph,"as obviously the verdict has been in on this rigged game since day one!ANYWAY Tru, I don't believe for one moment my own country has done this to me...in fact I almost know for sure it was either the Arabs or the Mexicans.Why,for one second would I believe the United States would do THIS to one of it's own citizens. Do you believe the USA  would ever DO THIS to it's own citizen...because IF YOU DO! Tru Christie! THAT would in fact make you NOT ME an "enemy of the state"

Tru graphs back,"Dumbeau....all I know is that You have been possessed by Demons...and for your own sake I think ....
you must once and for all realize that this IS THE NATURE OF WHAT YOU SPEAK....I PRESENTED TO YOU AS hIGH tECH BECAUSE
THAT'S WHAT DEMONS do THESE DAYS... 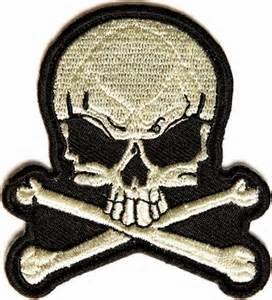 or low demons
flying too close to the ground that you invited into your emanations.."