i am sitting there ...in the little room
waiting for doctor Pinkus
in my hospital gown...goin over and over my "backstory: SO Ii WILL NOT BE TAKEN AS- what they call a "Malingering"
my story EVAN has graphed is not so much for Dr. Pinkus's ears as for the little phone he must carry with him...
and "as we know ...the walls. the halls...have ears"

if i do not veer my 'story' away from this Human Experiment Outsourcing stuff and all than My Team on the other end of Merge  will
halt my participation being an Urban Astronaut..to test the 375,000 or so nano bits they carefully alighned to work either in-between synapses and bonded to "key" neurons

tru Chrisite explained  via merge 'Those nanotubes will always be there but they won't be "lit"Turned on Tuned In...your mind ,which we worked so hard upon ...will be like a beautiful decorated Xmas tree filled with electronics for illumination that  no one will ever again make shine..you' be just like you were before...
ALONE
pre-possessed rather Possessed by some of the grandest minds in  the Silicon and san Fernando valley and best universities and labs in san Francisco...

the dr.comes in and shakes his head

"an upside down cross really dumbo 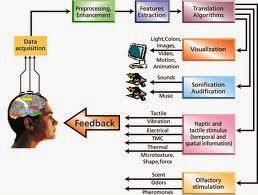 ' I recognize the dr..he used to be a trick...i can tell he knows I have "just shared" that information by his gaze into my eyes
Dr Pinkus looks disappointed..
he takes the phone off his lab coat opens the door and places it on the chair out side the door..

His arms folded.
he looks right into my eyes,knowing EVAN sees what i do

"repeat these words to me backward

i do
'get dressed and get the fuck out of here..."

and go out the hospital door...

waiting for a visual
a graph anything...

"Pinkus called proxy Cy...said ..he was trying to teach you a lesson...that you can come back next Thursday...consider
Pinkus your ninth live ..."

I am hungry and kinda want to show off my upside cross at the all night open Wednesday Wendy's
'whatever' is the basic interface back...also a imbue of some sense of shrug...
some sense of "to hell with it....
which I am not quite sure is
mine or there's
Posted by vvvvv at 10:07 AM