SCENE TWO
we find 'dumbo'" the HERO,by the way (NOT to THEM...but to people...and I assume YOU dear reader...who CARE not 'about the Style of Our Times" (much less the acceleration of 'this style" in the next 5 or 6 years) but what is GOOD and RIGHT! in 'this semi fictional 'story"..it has become more and obvious I should have never begun writing about...
(the stage is not set so futuristic, as ALL FUTURES begin "in the present 'and past...one does not "pull The Future" out of one's ass...(as the kids might say) ...and the following scene is presented ...as "it was" to Our Hero, which I remind YOU dear reader is ME...in  present day...in my psychiatrist's office ...who had left a message on my phone that-"for reasons that 'might exacerbate my delusions he does not believe there is any reason for me to be under his care ,nor ANY psychiatrists any longer...but he KNOWS I will inevitably "try" to seek some psychiatric treatment SOMEWHERE OR OTHER....AND HAS THUS 'MADE A FEW CALLS' concerning local clinics ...that accept my insurance ...so "I" do not waste either THEIR TIME nor MY OWN...
DR
...demonic possession which is for obvious reasons can  easily  be confused with mental illness and 'this chip shit ' you go on about... Maybe it was partially my fault.... I suppose I encouraged you to assume your predicament was technological or "organic' ,meaning psychological in nature..
but to be honest
your symptomology  indicated to me from day one that an Entity of some kind has entered your body and soul
we've done all the testing that we could that has dismissed  psychological problems or Thought Disorders that something is greatly amiss within that has quite obviously COME to YOU ,come INTO you ...I feel it would be unprofessional of me to LET you go on believing that the nature of your affliction is from any 'chips" or "nanotubes" or "whatsits' created in some lab somewhere...but that we now focus on more realistic explanations of your 'problem"Damn it...it's a 'style " more than a genuine belief system.."we're not asking you to believe in IT but we are demanding that you begin to accept certain aspects of "the way' certain aspects of a new communication might be accepted on a Grand Scale by the masses....YOU are so intent on presenting "a change in the air'...that HAS NOT EVEN OCCURRED YET as purely analytic and scientific ,as you were told OVER and OVER again NOT to...who do you think you are?
Do you think you're going to STOP
certain "things" from occurring
because YOU disagree with a certain "Style of The Times"? that has been "in the making for 50 years or more?...you are FORCING US now TO go OUT of OUR way NOW to present to you a less confusing way of understanding the "otherworldliness' of "the New Way"..

A change in social behaviors: A person that is an extrovert or regularly social that suddenly turns into someone that becomes an introvert or loner. Someone that begins to isolate him or herself; in such instances minor and major depression, as well as issues with anxiety should be ruled out before this can be considered one of the psychological signs of demonic possession and/or the changes in one’s personality must be accompanied by other signs of potential possession. I've spoken to your parents about this...and they brought up things...concerning odd occurrences they observed during your childhood

what parents? I was raised by Neuronautics on a ranch somewhere in Riverside County...they believed in the philosophies of Gary Rainy...

DR
...who believed that ritualistic induced trauma induced pronounced biological changes in the amygdala...the reptile brain....as you know I too am a practicing Neuronaut..and that is why I can diagnose properly that the extra sight and sound and senses you perceive are because of your early childhood experiences. That the ritualized 'hazing' done to you and others raised in this manner WORKED...to enable you to be a lighting rod for The Emanations ...these things you see and hear are not technological in nature but  Supernatural in origin

DR
Did it ever occur to you that ...it's less frightening for you to accept that your situation is done by scientists and whatnot than something a little bit more complicated...

DUMBO
I accept the fact that my "problems' may not be technological as I explained to you how many times and that I simply have a Thought Disorder...that I am either Schizophrenic or at the very least have a Schizo Affective Disorder

DR
You do not....the other psychiatrists ,some of the best in the country by the way have confirmed this...

I want my pills...I want Haldol and Seroquel..

DR.
I refuse to enable you anymore..no more pills ...and don't you try getting them from your primary Dr. either. I have already discussed the manner with him...yes. You are that predictable...You job is to get used to The Emanations not RUN from them...so much work was done to enable you to be visited by THEM....

DUMBO
Your insane Dr....I'll just check myself into a mental hospital...

try it...here use my phone if you wish....I've informed all Mental institutions in the tri state area you are a malingerer...who only wants admit for "3 hots and a cot'....Your goal here...is to accept the Emanations...as REAL...not technological and DO what they say...become what they expect...

A change in social behaviors: A person that is an extrovert or regularly social that suddenly turns into someone that becomes an introvert or loner. Someone that begins to isolate him or herself; in such instances minor and major depression, as well as issues with anxiety should be ruled out before this can be considered one of the psychological signs of demonic possession and/or the changes in one’s personality must be accompanied by other signs of potential possession.

Personality changes: Personality changes can happen over time and evolve slowly or they can be abrupt changes that come on suddenly.
Preternatural Occurrences:. The acts are seemingly imposed in a psychic manner and can result in the movement of physical objects and levitations. Electrical appliances might also be affected and spontaneous fires may erupt.


Sleep Disturbances: Some possession cases have reported that the victim requires very little sleep or that he or she sleeps excessively for hours or even days. Sometimes the sleep disturbances involve violent or excessively gruesome nightmares, and/or night terrors.

Aggressive Rage and Violent Behavior: A victim of possession can sometimes become aggressive, physically and verbally abusive, and excessively violent.

Prognostication: The sudden, seemingly supernatural, or preternatural ability to foretell future events and to provide information about people, places, things, and events that the victim could have no possible way of knowing . Often times, the suspected victim never displays any prior precognition.


Retrocognition: The sudden, seemingly supernatural, or preternatural ability to know of past events that the suspected victim of possession could not possibly have knowledge of or know .


Confusion: The suspected possessed victim may display serious confusion and a lack of awareness as to what is happening. The possessed individual may possess no knowledge whatsoever that they are possessed. Thus, bringing a possessed victim’s behaviors and actions to his or her attention may confuse or frighten him or her. Confusion can also accompany aggressive actions and behavior.


Embarrassment/Shame/Guilt: The possessed individual might be embarrassed by his or her uncontrolled behaviors if he or she becomes aware of them. 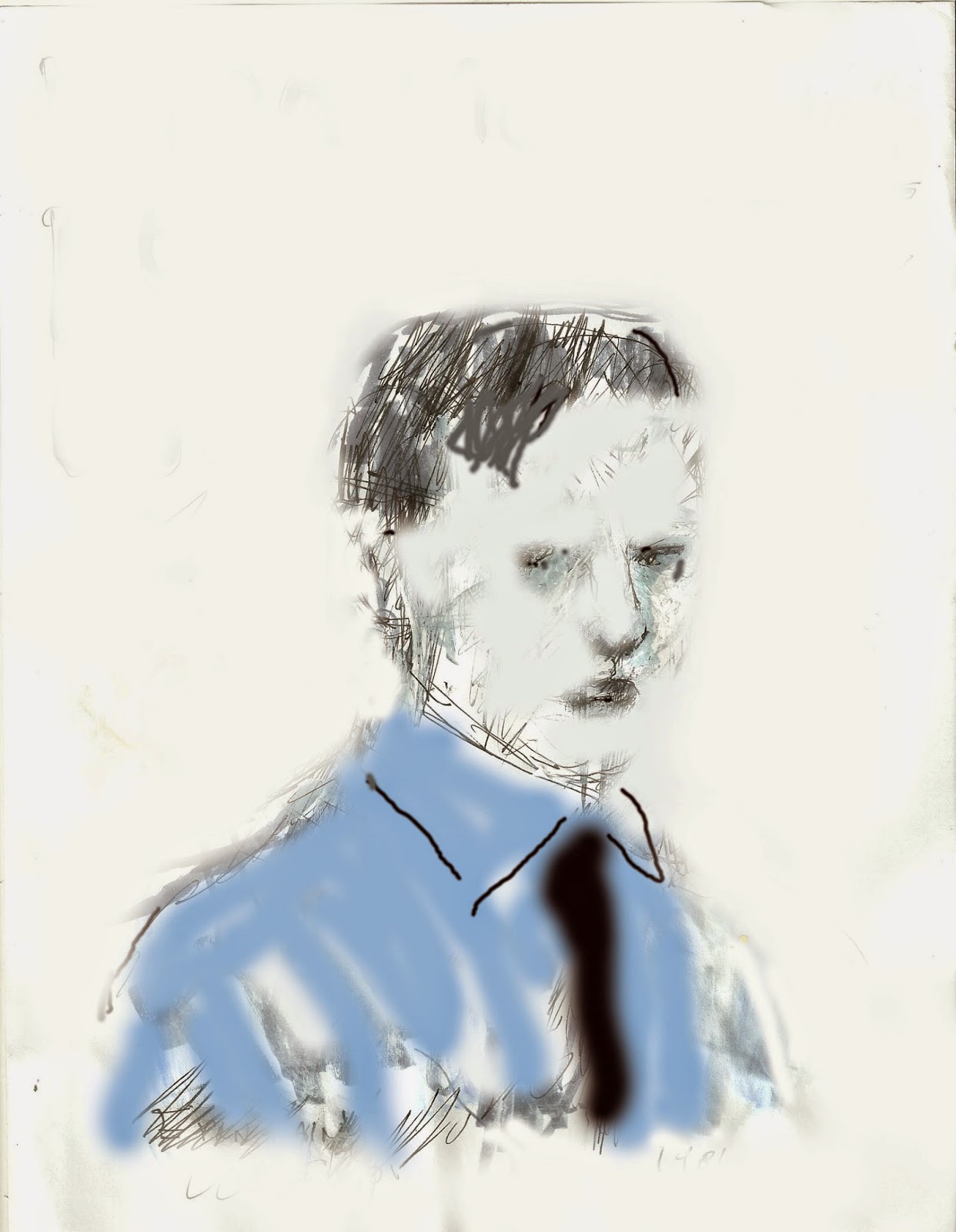 my rage at my parents who raised my 'that odd' way
increases....
and I don't really trust my 3 rd stepmother
who says
"we  raised you LIKE THAT to infiltrate "Neuronautics'

my 'parents" or 'parental substitutes ' have been playing games with my mind since I was conceived...
that whole game my 3rd stepmother enacted on Thanksgiving
was a ruse...
THE GUY

this Charles keeps calling...we fucked around ONCE

he's also a Neuronaut 2nd generation...so THIS MEANS I like LOVE him?
cuz he as well was
brought up on the same Science -ideology SHIT I was...

he never responded to me leaving him like what 5 messages?

I don't bother answering the phone

everyone THEY set me up with
is to "get me' hooked on crack and meth ...again and again

so I will be less and less
agitated and more compliant...
Posted by vvvvv at 1:01 PM