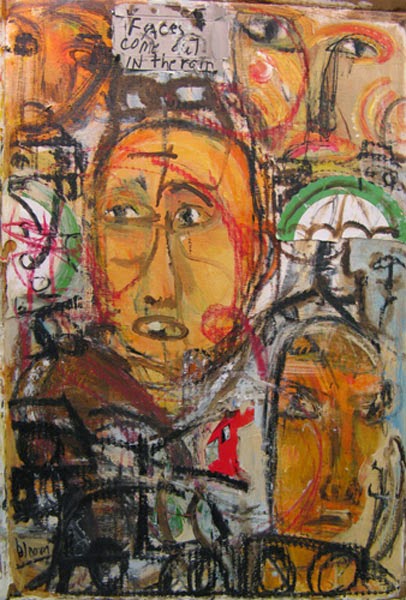 Dr Pinkus had been trained to deal with Targeted Individuals whose biological systems had been "borrowed" by the "powers that seize" to study iterative and incremental building models  for A.I. development by presenting his attitudes to the situations these individuals described in much the same way these "human anomalies ' Teams worked with their ward's  brains which had been "app-ed" for Scientific Research for the Greater Good."It was quite a juggling act for Dr.Pinkus who always had to  be aware that several development cyclical programs   might be" in progress" at the same time"upon the subject's mind and nervous system. According to Dr. Pinkus' training the "Proxy's"ward always had to keep the subject in a state of 'play"* regarding the interface, mainly to mimic aspects of organic Thought Disorder(just in case...these  human drones were actual "to be believed"As Dr.Pinkus received an extra 45,000 dollars a year being part of the project and had spent 4 months working with the various "Teams" of Mind Augment Managers who had taught him 'just enough" about Direct Neural interface Programming Techniques that Dr. Pinkus  knew he had to keep his therapeutic pose and attitude toward "the human specimen" binary,always in flux between disbelief( "I know YOU believe this is happening ) and also credible compassion ("I KNOW "THEY" do experiment on Human Beings in this manner").Supposedly the Interfaced Inception were created to never provide "the test subject" with enough detail of purpose  that the work being done to their systems remotely in consort with "the chips"  could be integrated or studied by the subject's own processing capacity ..But this was not quite the case with ****....Or whom Dr. Pinkus ,like ***'s "Mandler's it seemed -just called "Dumbo"...

And for this reason Dr. Pinkus was quite sure that by February he would be able to fill "Dumbo's" time slot regarding therapy...If it were up to Dr. Pinkus,THEY would have "removed" *** from the Program months ago...
"The car came how close to hitting  you?"Dr Pinkus asked "Dumbo".
",,,like it wanted to hit me," Dumbo said,"I literally had to like leap on top of a parked car to get out of the way"
"Oh no ," Dr.Pinkus said,thinking -by January perhaps ,not February he could take a new client for this time slot...A genuine PAYING CLIENT...,...many who had been selected for scientific investigation were found suitable for sight and sound interface devices to be placed inside their nervous systems
because they essentially " came
"ready made" according to State Data Systems of all kinds
to be perceived by any outside agencies ,court systems etc to be Plausible Deniability..

Yet there was something "going on" with THIS ONE that didn't make much sense...As if some other Mind Augment "team" had set up "this Dumbo" to be "set up" in advance.

Dr.Pinkus ,watched "Dumbo " watch him...for a moment thinking Dumbo was reading his mind...
It was taking it's toll on Pinkus dealing day after day with these "specimens "with nano for brains.

*Iterative and incremental development are essential parts of the Modified waterfall models and generally the various agile software development frameworks.
It follows a similar process to the plan-do-check-act cycle of business process improvement paradigms for Artificial Intelligence.
Posted by vvvvv at 6:58 AM