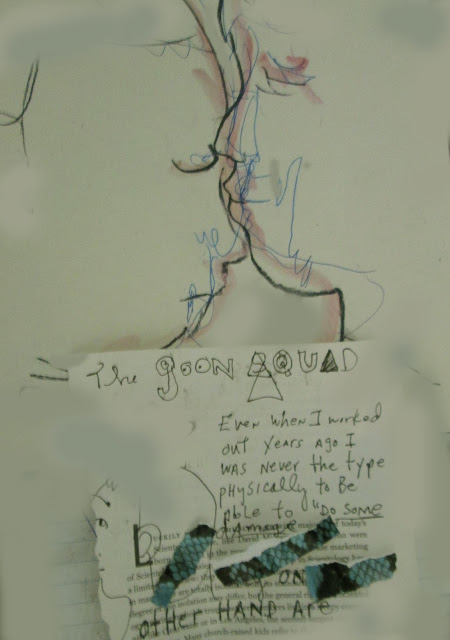 I do my business down by the river..
,,and come home..
XXXX is downstairs  for once!!!the other roommates are out of the "common area'
sometimes I think the roommates ,who LIKE to think
that
I have no say in deciding I can't toss them out of the house any time I please
take over the common area...to try like segregate me and XXXX upstairs.
we're all second generation Neuronauts...
that's all we have in common..
sometimes they seem to think because I am tethered and because XXXX was placed to watch over me that I am somehow less instead of more than all of them combined.

they seem to think that one who is 'app-ed" to be someone else's eyes and ears
is somehow some kind of psychic ,karmatic payback for some misdeed or something I did ...or my Emittance did in another life.
I sometimes think XXXX thinks the same..
that just because he knows my Cues and Referentials that he has some hold on me...
some undo influence.
as if he is my Mandler.
as if he is  an operating tele-presence ..some synthetic telepathy in my mind.

Evan imparted some time ago that XXXX sometimes NEEDS to think this ...for his own Emmitance.
that of course XXXX and also our roommates WISH they had
'apps" 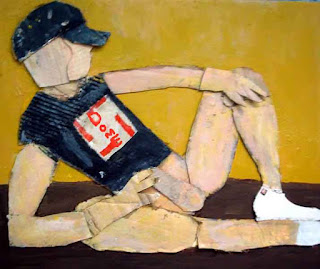 For some reason I am angry....seeing XXXX on the couch..not because I am angry at XXXX
but angry that not seeing the roommates who have all but  commandeered the so called common area
as only theirs...
whose absence reminds me of what me and XXXX gave up to help our fellow Neuronauts.
\all of whom are in training to BE what Evan is..
a tele operator of a proxy.

I am allowed to call myself am proxy but nobody else can or I have every right to pop them in the head..EVEN WITH A MALLET OR HAMMER OR STICK

why. cause that's how it is.

me and XXXX bought  this with our own money
years ago.
I used to "do stuff" with guys that paid me money when I was young.
and so did XXXX

it was better than selling flowers at the airport.is what they used to say in L.A.

XXXX is a cute guy..and is alright if I screw around with guys as long as Evan graphs so.
and as long as the guys are younger than him
or if it's just for money or drugs.

it's what they call I guess an open relationship

even though I sucked some skater dude off down by the riverwalk I feel as if ..whatever
"get off" I might have gotten went all transmittance
to my team..
at proxy cyber and I start jumping all over XXXX like a dog might...and decide I will punch him in the face
if he says  he's not in the mood..
lucky for XXXX and his pretty boy face he is..

"Thought you did your deed at the river Dumbo," XXXX says ..and my fist is clenched till I realize he is joking around and takes his shirt off.

.
I'm pumped up on XXXX but my mind is on Denny Pace ...
the human vermin .
Denny  has vermin like features...it was my job to chum chum up to the freak online..
a little vermin like beard.
and slender vermin like fingers...that he only uses to spew Enrot into the Enway.
fancies himself a painter.
an artiste"
I get my paintings in a big box every month and just have to sign my name
only women and pussies
paint.
...and only freaks paint like Denny Pace..only triple FREAK VERMIN RUINER SCUMBO! WRITE L*IKE
Cole  Cohen

I laugh like a madman watching little Cole on the computer..
his Mandlers  making him crumble and crimble online
like the online is his little
vermin hotel with windows in it.

Cole used to be a Playa'...a big shot writa' talkin' all hipstick to his writer vermatious faggit friends.
he don't even look the same now..
his Mandlers ...went poke-ie poke on his facey face..

REAL PLAYA play types who pay goooood money money for
a prick like
Cole.
.... I 'app-ed the little kunty kunt  up myself..
when what would be Cole's team lured the dink
out to Hollywood..
for a big big stoooory

Cole unawares HE BE das  big story ..his wormy ruiner  brain waves..
projected on every
screen team
gem that subscribes to the Guinea Pig dink.

It  all begun when we tell the Ruiner his pal from high school
is deader than door knobs..
cuz ' his budinski (me) gone and went wristy
cuz' Neuronautics  turned on me ya' see.

old Jimmy Olsen went all 'in Search of"
going down low po' po' to get an inside inside scoooop
on das big bad culty cult.

old Cole Cohen it seems was writing things best off kept off page..
one does what they must for "The New Way"

I start rubbing
XXXXX's
shoulders
licking his
ear
.It is the excitement of taking care business that makes me hard and hurting on XXXX in all the right measure.It disturbs me a bit that XXXX knows that  it is the thought of me and him beating the hell out of Denny that is what is making me  pound him like dough
I forget that only Evan reads my every thought and steers my mind in that direction. As I pound  XXXX almost in half
.I am not seeing XXXX so much as the faggit that is Denny Pace
.Evan helps me see MIND MOVIES of me and XXXX giving Denny the lesson he has coming-

we gave the autistic freak all the chances

an Ruiner has the right to be given
his mandlers gave him
all the right ways of looking at his situation
but Ruiners only know how to Ruin don't they?
think of every kunt you ever dated..who tried ruining your heart and mind and wallet..
think of every kunt you ever worked with,went to school with
and think of them as if you were a Mandler.
an OT ...an operating tele-presence who had license to read and write on another's mind.
what did they have in common? but a ruinatious spirit...
that had probably run through their sicko depraved degenerate blood line for eons.

These Ruinbers.
THEY LOOK human enough...but their an entirely different species..
from you or me or XXXX
who might have had some ruiner blood  in  us ONLY because for years we were infected with