ON the Canopy Of the Frankenberrie

Baby elephant 's attempt to be scary is adorable

and insinuating once more  that all the good things ,all the wonderful things his Operating Tele Presence and Merge Bio "apps" help him see and hear and feel are  -"bad and beasty" psychotronic torture. Contacting once again all matter of agencies an departments intruding upon their busy lives with declassified (and than re-classified) material concerning the son of a bitche's "tether".Dumbo regressing  "Let my people go" style..in the type of hysteria one rightfully equates with both a kill joy and kunt.

OOOOOh dear reader if you could only see Dumbo's Ativan white face
almost turn colors a face was meant to..
.so glad was Dumbo -at last  the men on the white horses were hearing him!
..Finally thought Dumbo-someone
had responded to Dumbo's roars and detractions.


. Hi Jim,
the separation between the use of any form of technology for control or analysis is intention.
Notably
both sides could argue similar objectives
however
only those whose purpose is LOVE demonstrate purity in their intent
seeking to release the mind from perceived limits in order to discover true potential. 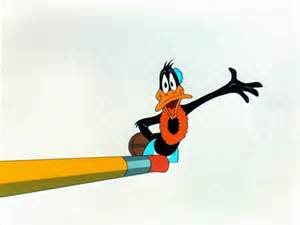 Evan graphs that he has been informed I have
tried once again to escape
by writing "cryptic" messages
and  to research scientists in the field of A.I. and Tele Metrics and Brain Interface
Up for another day of trying to Ruin things?...purposely misconSCRRREWthings
...and than try to elude to things ..in such a way
Evan graphs
--
I am hard pressed to wonder why I bother..?.

and
.what disappoints me I think the most of all
is you are not in any way moved by the effort  researchers  put into this -----

he waits
I lay in bed
I cannot think back...I don't know what all this rage is about
but this according to Evan is a lie..

he sends  direct energy to a nerve in my right arm that zips all the way down my fingers.

I "get up!!!" and begin cleaning the room.
I go to the kitchen
see a bowl left over in the sink

.Evan  makes  me see little dark blue and little  light blue baby elephants  in a little bowl of frankenberry charging at a  ...the cereal/soup spoon that  is still left in the cereal bowl from sometime last night.

this type of leaving thing ....not cleaning the bowl....is considered
by Mandlers..
just one more thing
so damn wrong with me.....when it gets like this..

the silver /grey peeking up from the strawberry red colored mlik in which little frankenberries float  somehow serves as artistic  palate for the head's up sight
the blue  elephants I  see ..upon the small  island of  sodden leftover frankenberies
the two dark blue Dumbos and the one light blue Dumbo I am made to see  attempt to  attack the silver metallic of the spoon
Evan's voice mocks my consideration of the "scene"
ON the Canopy Of  the Frankenberrie
in the Bowl
on the Table.
The trinity of baby elephants..of dumbos
babies for all time..
whether they like this or don't
tumble and tackle one another fighting the silvery shine and  shiny light of progress.
Posted by vvvvv at 6:09 PM