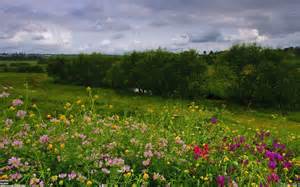 The technology employs Satellite-delivered (ELF) Extra Low Frequencies to communicate voice-to-skull transmissions. This produces schizophrenic symptoms.
ELF signals  can penetrate water, rock, concrete and other dense matter.
The brain is composed of neurons  and is powered by low electrical currents. Much like insects communicate with non-contact antenna, humans can communicate with radio transceivers.
Just like each of us has a unique genetic code (DNA) each of has our own distinct radio frequencies. Find the frequencies and a  technician can communicate directly to the brain delivered via satellite to induce holographic like projections and audible acoustic projections by attenuating and stimulating sections of the mind with pulsed frequency geared to simulate any of the 5 senses.
Remote Neural Monitoring is a form of functional neuroimaging capable of extracting EEG data from the human brain at a distance with no contacts or electrodes required. This extracted  visual and auditory data inn effect it allows access to a person's thoughts without their knowledge or permission. It has been alleged that various organizations have been using Remote Neural Monitoring on citizens for surveillance and harassment purposes
Remote Neural Monitoring has its roots in the infamous MKULTRA project of the 1950s which, although focused on drugs for mind augment, also included neurological research into "radiation" (non-ionizing EMF) and bioelectric research and development. The earliest non-classified references to this type of technology appear in a 1976 patent by R.G. Malech Patent #3951134 “Apparatus and method for remotely monitoring and altering brain waves” USPTO granted 4/20/76. The patent describes a technique using the transmission of 100 and 210 MHz signals to the brain yielding a 110 MHz signal which is modulated by the brain waves and can be detected by a receiver for further processing. . Much of what is known about it stems from evidence presented as part of a 1992 court case brought by former *** employee John St.Claire Akwei against the ***. It describes an extensive array of advanced technology and resources dedicated to remotely monitoring hundreds of thousands of people in the US and abroad. Capabilities include access to an individual's subvocalizations as well as images from the visual cortex and sounds from the auditory cortex.
the story

it begins with ...reality


tv and films' reality.
the news .....
it begins with small reports..
about problems we are all aware of...
concerning changes in the environment.
..
pollution.global warming...
and how it effects the plants

the plants we will be told begin releasing un precedented amounts of DMT ..
DMT does in fact create hallucinations.
there have already been falsified reports that these hallucinations ...may be group hallucinations

there is no such thing as a group hallucination.
but it might feel that way..
it will happen quickly ..but slowly..
you all will be hearing and seeing things like me.
no
not all of you
not by a long shot but a very very large percent..
will be driven to madness...(no matter that this madness is synthetic...all microwaves ..pulse..signal..)
and the Powers that SEED ..
will open centers. Clinics so the mad may go ..painlessly..in droves..

THIS is what I glean behind this bullshit of Neuronautics being a true political threat..
THIS is what I inadvertently
receive of my end.

and this is a big problem
all I was supposed to do was write some shlock about Gary Rainy.
not
the "sound..the sense..the real New Deal" underneath..
the narrative that never ends..