Linda N.so wished she did not have to show up the traditional way at the Palo Alto Office Park to speak face to face with potential investor's in Proxy Cybernetic's firm.

According to Tru Christie
some the potential  investors however needed "the warmth" of a face to face .. a handshake.and presence ,other than Tele -Presence.
Both Linda N .and Tru Chrsitie knew  that it fact Linda N.  had very ,very little of these qualities in her without the aid of neurotronic enhancements made either to her own "emit"or Emitance  that Linda N. needed to sell their product of neurotech .
Last Friday Tru Christie allowed for a compromise admitting that Linda N. and thus Proxy Cyber could best sell their brand of Merge bio tech
by  inducing a 6.3Hz signal upon the potential investor's collective brain signals simply  by tweaking some of the microwaves and particle beam projector's already  built into the boardroom's "undercoat",
The "one for all ,all for Merge " feeling this minor augment in collective realities Linda N. felt might  make up for her rather cold and clipped demeanor that "wprked so little at closing a deal had in fact allowed Linda/N to move up to
supervisory levels in the male dominated Mind Augment Field  .
.Linda N.had long ago realized it was more convincing to others if she    not  adapt her personality to the chore of  being liakble
but adapting other's personalities  using the technology (unseen and undetectable) to alter the brain signals of whomever she or her team needed something from.
No harm done imparting a communal brain signaling that "allowed" the investors to see past whatever rough edges Linda N. indeed had and also whatever reticence needed investors might have about using human subject's for human testing .After all as Linda N said" "we put the bugs in to get the bugs out".It was best not to go into detail that the "bugs' they placed into the various whores ,junkies and  homeless people around southern California where nano-tech that was created to permanently  bind to the human subject's dendrites. TMI  though could meant  FBI and DEA  -come crashing through the doors once more for yet another hefty pay out..

Thankfully now that Proxy Cy was working on Neuro weapons and the   carte' blanche to now do anything whatsoever they wanted or needed to do..Who had ever thought ,Tru Chrisite had said "That-the umbrella of Homeland Security could keep Proxy Cyber not only so dry but  also so close to the rain of money insider information insider ONLY training and thus trading provided.,. Because the military demanded that the human testing be masked..at least a dozen companies were created overnight ,mostly having to do with medical applications for  Mind Mining Technologies.
Before entering the boardroom...Linda N. checked an f MRI  monitor that assured her that  all the investor's mind had been temporarily veered toward a nice 5.2 HZ
and began 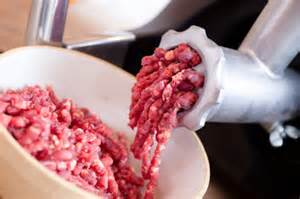 "We have all  read how hot dogs are made.
we all know that every part of  a cow is used from their hooves to their tongue to the cow's  hide
it might go with out saying  the same company that uses cow hide to make leather
is not the same company that uses  the cow's hooves to make jello
this is the same with neural data acquisition.
while the military may practice brain entrainment operations to ,for instance discover how high  scalar and microwave assuagement upon brain signal might induce focuses ,uncontrollable rage upon a human organism
to create fearless soldiers
another company might study how certain areas of the mind perceive television especially concerning self identity -Tv takes advantage of a human organism's inherent proclivities toward self referentialism ...(if one does not "see" aspects of themselves they have or wish  or believe they have in characters "in" a program" they cannot very well respond to the program they watch
the list goes on as to the endless functions of Brain Map brain interface studies and the biotech that allows another to  allow input to be transmitted over another's temporal lobe
and also accrue output from the same subject's "inner monologue"