some days I have to take more pills(neuroleptics) than my body can handle..my body cannot handle much any more  and either could yours by the way if your body was handled as my was and is.
by direct energy weapons.
because theses specific  weapons were devised  to alter the perceptions and thus sanity of one's brain with deliberately askew ...non linear story (to mimic0 disorganized thought
as if to over lap genuine schizophrenia upon a human organism via brain entrainment  via electromagnetic  radio frequency\
- so much THINGS one can do with
the brain...
to screw with your inner narrative as only neuro tronic weapons can
I try to fight lately  against whatever stories are being introduced upon me
I am not sure why..and this bothers me that I am lately concerned what "I' not just the stories introduced upon me --say and therefore ..mean

to find whatever is left of this part not completely taken over ..by these  words and words before you
only by
using the same methods and  means as those who created the initial programs back in the 60 's 70's concerning both neuro linguistics  and push pull
behavior science
(this concerns  prescribed medicines...although not used to treat ..."a thought disorder" per se..
as this is  a technological mimic of thought disorder but to prolong ...an altered state...(it doesn't matter if it is JUST sleep ) as Dr Ewen  Cameron* .concluded  .
during his session using prolonged periods of induced sleep  in consort  with  pre recorded  tapes for psychic driving exercises
(odd that I must turn to declassified  MK ULTRA data ...when my entire life ...and my family's was
ripped to bits by these same 'progressives") 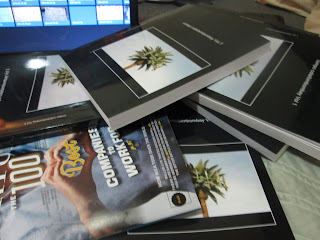 His techniques were called “psychic driving and depatterning.”  The techniques would include the use of psychotropic drugs like Sodium Amytal, LSD-25, and Desoxyn and “tape recorded messages that would be repeated “over and over” in 24 hour long periods.  The treatments later used high intensity electroshock treatments.

Through these techniques he would bring about patients’ comas and their depatterning, the breaking of their mind causing brain damage.  Patients would find it hard to perform the activities of daily living, and they would sometimes be turned into “children.”  They would find it hard to perform as adults with their prior adult egos.  They would have to be helped by their family members.  Patients would also lose memory.