and non vocalized style I "hear" him think to me ...ya' know how you kinda' just play on the computer ..and write your little stories that WE help you think of..and u don't really care ..like about the outside world...and are just sorta' not quite there..?"

"yeah,' I think and therefore graph back

"well that's kinda ' what we think of you as ..this little computer we play with..and WE don't really care what the outside world thinks of what we're doing with you...Evan graphs/interfaces.

"yea,' I think...knowing it gets graphed -back,kind of confused  why the entire  tone of the interface like has come to this grinding little halt.
"well ,you're gonna fuck that all up..someone's gonna say OH NO you're hurting Poor dumbo...and make us stop..is that what you want? " 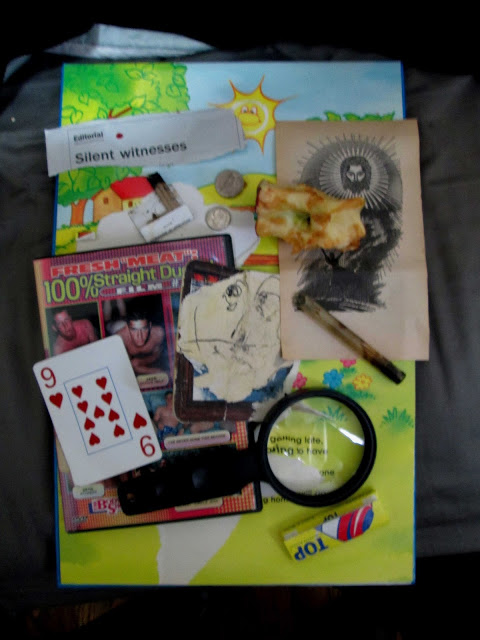 "But you're not quite sure.." Evan graphs.and I sense through me ...the sense of Evan ..that I somehow insulted him ..

"this was easier when I could smoke crack,' I graph,as the crack in fact was the one thing that helped"me sort of have like an OFF button

"but you over ...and ruined it. by over indulging THAT DUMBO! WAS SUPPOSED TO BE YOUR REASON..your excuse!"Evan graphs ,sort of angry like ,'than we HAD to play the LOONY card but DUMBO  somehow managed to RUIN that as well...couldn't just DO the 3 hots and a cot shit cuz' fuckin' DUmbo! NEEDED a cigarette...so NOW nobody is quite protected are THEY? ...so we'll "try the crack thing again" ..but you have to know when to say WHEN .."

.When Evan gets angry I feel his anger..he's either angry that I neutrally spiked on his end concerning the permission to "use" again
I feel a tiny "ping " of pain on my left6 arm..
which Evan sometimes must do..to help me refocus..
.and I  kinda' have to graph him to "cool it !" himself..I think trying to bypass his Brain signal. Evan's mood.
.sorta' graphing  him to put that part of himself "on mute" in a manner that doesn't feel like i'm interfacing "uncle .uncle' which Evan gets off on.

.,I sense I am now on Brain computer Interface instead of Direct Neural noggin to noggin   concerning things like mood and sexual response...Evan graphs ".you are  gonna ruin this too ,  this relationship AND  this story .. by not knowing when to put the pipe down"

"A metaphor," I think

Metaphor.. glad that I recall the term..that the little dose of temporary brain damage is just that -temporary.

"metaphor ,' Mini wheat man says in a friendly voice ..suggesting I comb my hair and go for a walk..cause Evan wants to suck some cock
by
Proxy

http://jimbloomsmalllifevideoandwallhangings.blogspot.com/2012/08/it-wasnt-weight-of-akihitos-arm-around.html
Posted by vvvvv at 3:10 PM